Unfortunately, however, buyers were not strong enough to sustain the appreciation. Therefore, the market practically returned all gains from the beginning of June. Price fell again below US$ 30,000.

The only encouragement is that BTC operates with a gain of 0.09% for the week; therefore, interrupting the sequence of nine weekly devaluations. The data analysis company CryptoQuant revealed three reasons for the devaluation, which could trigger further write-offs:

Increase in reserves on exchanges

The first and most relevant sign of a decline is the increase in BTC reserves on exchanges. As these platforms are not wallets, large investors only move BTC to exchanges with one goal: to sell.

For obvious reasons, BTC stored on exchanges is much easier to settle compared to that stored in offline wallets. In this sense, the increase in flow to exchanges is the reason why analysts consider the market to be in a downward trend.

As per the chart below, the price of BTC (black line) has increased, but at the same time, the number of BTC on exchanges (purple line) has also increased. In other words, large investors were not optimistic about this appreciation, which explains the correction that followed. 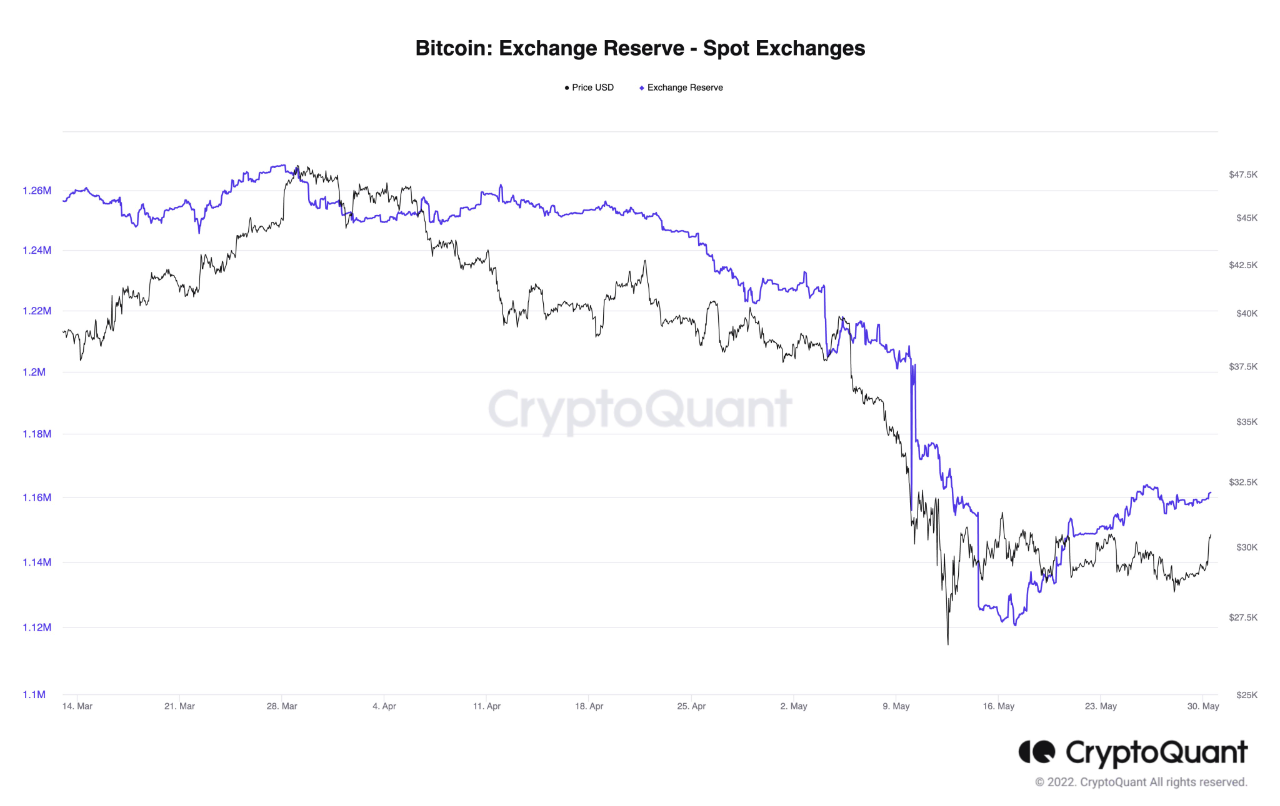 Furthermore, this pattern brings another worrying sign. It shows that they are “selling high”, that is, making small profits, rather than preparing for new valuations.

Whales that are not supporting change

Using the same data as above, analysts at CryptoQuant point out that big investors, known as whales, are active. However, it is not a sustainable activity, but an alert.

“The whale rate on point exchange is very active in the alert zone,” the report says.

Coupled with the fact that perceived supplies from addresses with a “balance between $1 million and $100 million are not seeing any positive movement.” That is, increases in flows to large portfolios are only one-off.

With a lower flow, the data indicates that whales are not behind this latest increase. Therefore, it is not a long-term increase in value.

If the reserves in the exchanges are how many BTC are being sent for eventual sales, the flow spot makes a relationship between the flow of cryptocurrencies in and out of the platforms.

In this sense, the relationship involves simple addition and subtraction calculations. If the number of inputs is greater than the number of outputs, there is a positive flow. Although it has the positive name, this is a bearish indicator as holders are sending BTC with the aim of selling.

To conclude, the estimated leverage ratio has also reached a new all-time high. That is, there are many leveraged positions in the market. In this scenario, a devaluation of BTC can generate a ripple effect of liquidations, completely affecting the market.