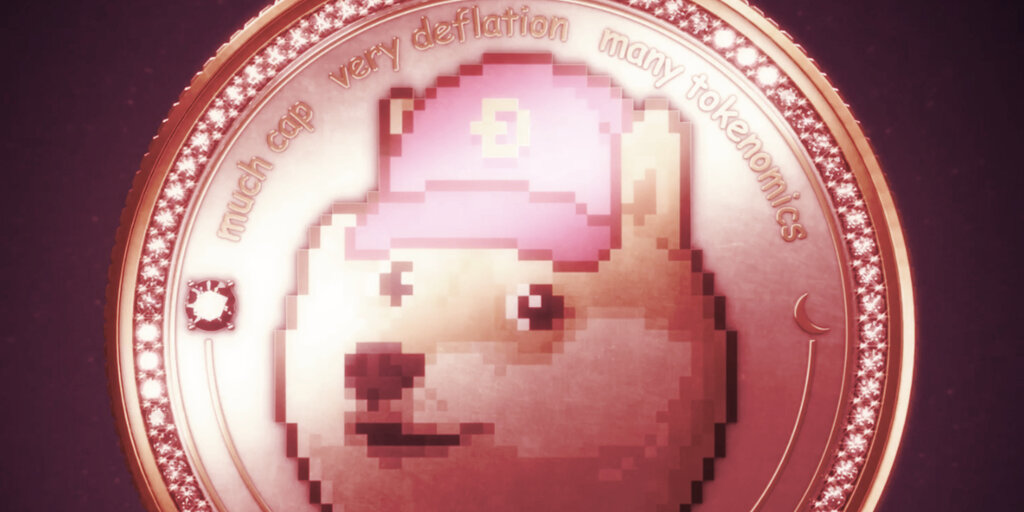 Dogecoin mania doesn’t stop with Elon Musk and Coinbase listings. No, now the world’s most popular meme cryptocurrency has its own line of NFTs—and 420 of them are up for grabs right now.

Billy Markus, engineer and co-founder of the cryptocurrency, made the announcement on Twitter yesterday, saying that he “Wanted to try something different and try out a new platform that lets you create multiple copies of the same NFT” by using Rarible, a popular NFT marketplace.

Capped Dogecoin – Much cap, very deflation, many tokenomics. Many available!

The NFTs are appear to be a version of the same moving image of a rotating coin with the Dogecoin logo—a Japanese dog meme—imprinted on it. Markus is unloading them in a three-tiered sale, two of which have already sold out.

NFTs are unique digital tokens, mostly on the ETH network, that can represent just about anything online, such as artwork, audio, or video content.

‘F-ck a Museum’: CryptoPunks NFTs Hit the Streets of Miami

They exploded in popularity this year—and sold for a lot of money. Art NFTs are particularly popular.

Dogecoin is a cryptocurrency that started as a joke but is now the sixth-most valuable coin, with a market cap of $47.3 billion (that’s a serious figure: it’s bigger than many companies on the S&P 500.)

The coin has become very popular in the past year as Twitter loudmouth (and the world’s third richest man) Tesla CEO Elon Musk, has pumped the coin online, calling it his favorite crypto.

Last week, the biggest crypto exchange in the U.S., Coinbase, listed the coin in a move to make the currency more readily available to users following a surge in popularity.

And though its value has been propelled by memes, Dogecoin ain’t no joke—at least not anymore, according to the team behind it. Dogecoin developer Ross Nicoll last month told Decrypt that those working on the currency’s tech refused money from Musk, but are working with him to turn it into a serious rival to BTC.

Markus famously didn’t see any of the money that was poured into the currency. Could his NFT sale be a cheeky fundraising method to create the world’s next big peer-to-peer cash system?

Sadly, for Markus, he would have been far better off holding on to that DOGE: he’s only made around $46k from the NFT sales so far.