Yesterday’s slump affected almost the entire crypto market, but there were also a few exceptions. Among the projects that ignored this dump are also Algorand. It showed immense force during the decline, which was able to shoot to new ATH.

ALGO token was able to completely ignore the slump, which was most likely caused by whales waving at the market. After growth this project has achieved a new maximum.

At the time of writing, the token has dropped slightly to approximately $ 2.179, but its volumes still show a strong presence of bulls. 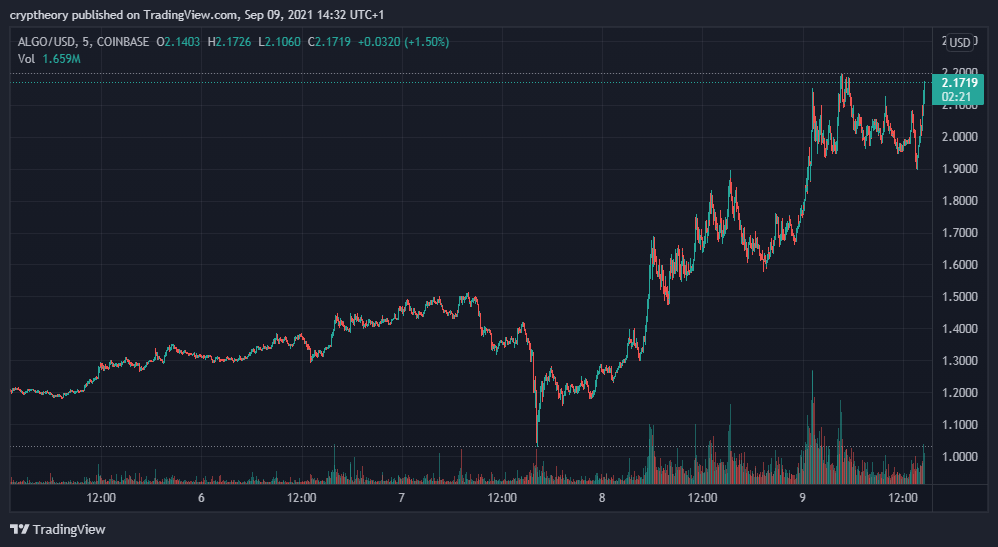 The positive mood around this project is growing, as evidenced by the current price growth. The protocol is becoming increasingly popular.

Recently, Algorand has embarked on several important collaborations throughout Latin America. The network was last used by the Spanish bank Bnext, which provides international transfers in Spain and Latin America through Algorand.

However, one of the most important collaborations came from El Salvador. The state, which was the first in the world to use BTC as official currency, has decided to use it protocol Algorand to implement blockchain technologies in the country.

We must certainly not forget the important foundation Algorand Foundation, which recently announced changes to ALGO ‘s offer. The latest metric is intended to report all ALGO tokens that are not directly held by the foundation.