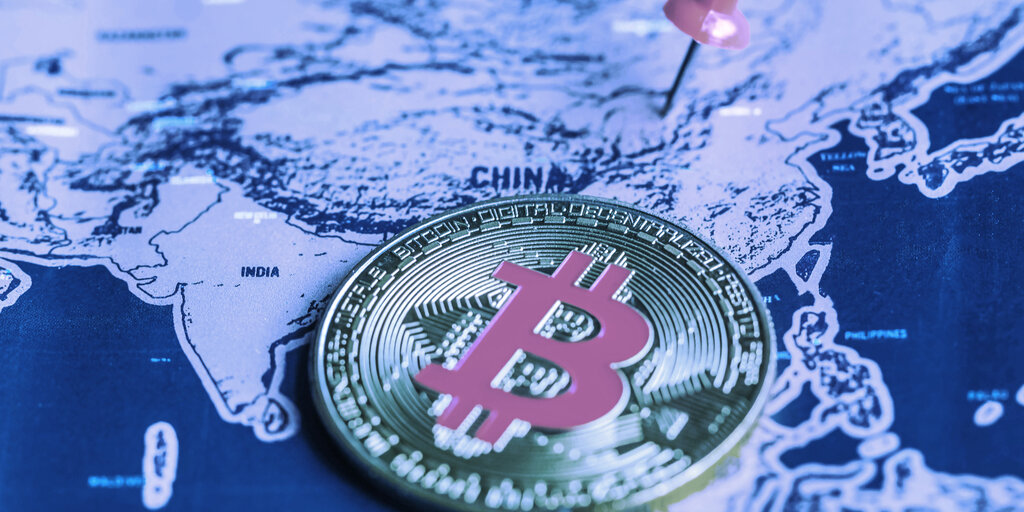 Anhui is the sixth province in China to “clean up” BTC mining, according to local reports.

Similar language was used last month when Ya’an, a major city in the Sichuan province, also banned BTC mining. Anhui has, however, cited power shortages as the key factor behind the latest prohibition.

Cryptocurrency mining refers to the energy-intensive process through which specialized computers earn crypto for verifying transactions on a blockchain network.

Iran also banned BTC mining in May as the country battled rolling summer blackouts accentuated by power shortages. This ban will be lifted in September. The same cannot be said for the crackdown in Anhui, however.

This ban in Anhui will likely be permanent, given a sweeping government announcement made in May. At that time, China’s State Council included BTC mining among a laundry list of financial risks that it intended to monitor closely. The mandate sparked a string of mining bans in many other provinces, including Inner Mongolia, Xinjiang, Qinghai, Yunnan, and the city of Ya’an in Sichuan.

Many of the provinces had long been hotspots for BTC mining due to their abundance of energy, be it hydroelectric or fossil-fueled.

There is a slight difference between the Anhui ban and those of the five other provinces.

Reports of the initial bans revolved around maintaining China’s image as an environmentally friendly country. BTC mining, notorious for its large carbon footprint— specifically in coal-rich provinces like Inner Mongolia—clashes with this image.

Here’s How China’s Crypto FUD Will Play Out

Instead, Anhui is cracking down on the activity due to power shortages. This reason was far less prominent in the previous bans in other provinces.

What’s more, the Anhui ban appears to be brought about by a notice from the State Grid Corporation of China, according to Chinese journalist Colin Wu. The State Grid is China’s national electricity provider, and one of the largest in the world at that.

The State Grid Corporation of China has issued a notice to all parts of the country requesting the closure of virtual currency mining. At present, some provinces with insufficient power in China, such as Henan and Anhui, have also begun to implement it. pic.twitter.com/kgDY1msDQ5

According to Wu, the State Grid has joined the State Council in “requesting the closure of virtual currency mining” throughout the country.

He added that after Anhui, the provinces of Henan and Gansu will also be banning mining.