The price of BTC is once again approaching the $45,000 region, something that already happened in early February.

Although BTC was unable to sustain the $45K, the price is once again showing signs of recovery. But above all, BTC closed Tuesday (7) above the 50-day shifted moving average (DMA). And the last time that happened, the price went up 100%.

Who noticed this repetition was the analyst known as Smart Contracter, who published the comparison on his Twitter. According to him, the last time BTC closed above the 50-day DMA was in July 2021.

At the time of the last close, one BTC was quoted at around $35,000, but the price was in a strong correction period after the high recorded in April. But the positive close made the cryptocurrency renew this high, reaching a new record of $69,000.

That is, the price went up almost 100% after the DMA breakout happened. This time the average was topped with BTC at $44K, so 100% bullish would take the price to a new high of $88K. 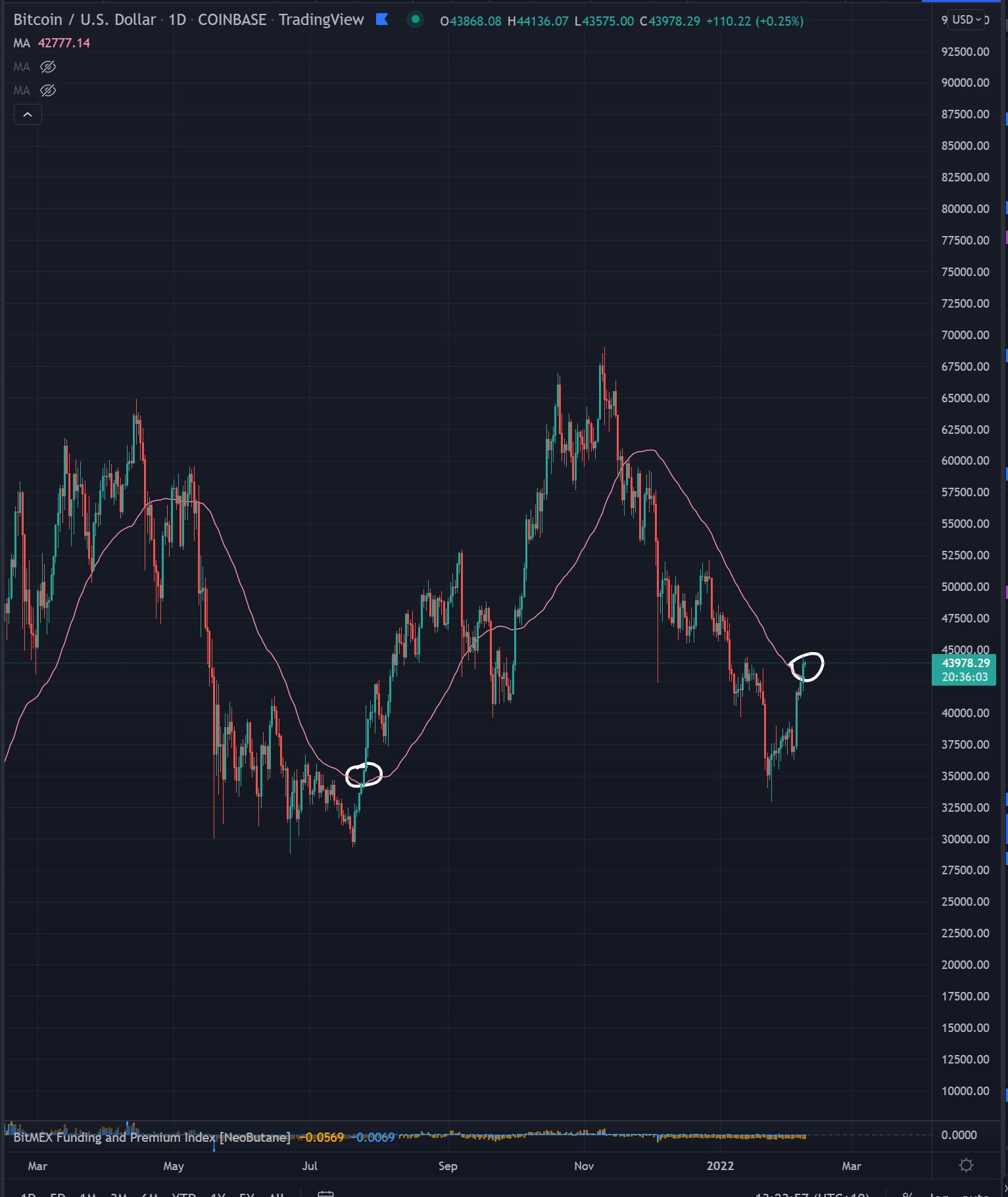 For Vijay Ayyar, head of Luno Pte’s Asia-Pacific division, he believes in the valuation thesis. He also claims that the 50-day DMA still needs to be overcome. But unlike Smart Contracter, the executive says the price has yet to break resistance between $46,000 and $47,000.

“BTC has broken a few key levels and a descending trend line here in the past few days and is showing bullish signals. But the price is still 50-DMA and needs to close above it. The next stop is in the $46,000 to $47,000 region,” said Ayyar.

Bitfinex case can get in the way

However, the price of BTC opened Wednesday on a slight dip before recovering. That’s because US federal authorities recovered 80% of BTC stolen from Bitfinex in 2016.

94,000 BTC were seized. A couple was also arrested and charged with allegedly committing the attack against the exchange.

With the recovery, the 94,000 BTC is now ready to circulate in the economy. Therefore, there is a fear that the value will be evicted at any moment. The US Department of Justice has not commented on the destination of the money, but Bitfinex has already announced that it will return part of the seized BTC to their owners.