With the new drops in the cryptocurrency market, there is disagreement among analysts about the current moment. After all, is BTC already in a downtrend? According to data analytics firm Glassnode, yes.

The company’s analysis points out that main support was at $40,000. With its loss, according to the recent company market report, new bearish signs emerged. Among them are the drop in on-chain activity on the BTC network.

This drop is represented by several indicators. One of them is non-zero addresses, which shows the number of wallets with more than zero BTC. When these addresses are on the rise, it indicates an increase in demand for BTC.

However, the number has been falling in the last 30 days, especially since February. As the chart below indicates, these drops in addresses coincide with devaluations in the price of BTC.

That’s what happened in the May, July and October 2021 falls. And it’s been happening again since January. 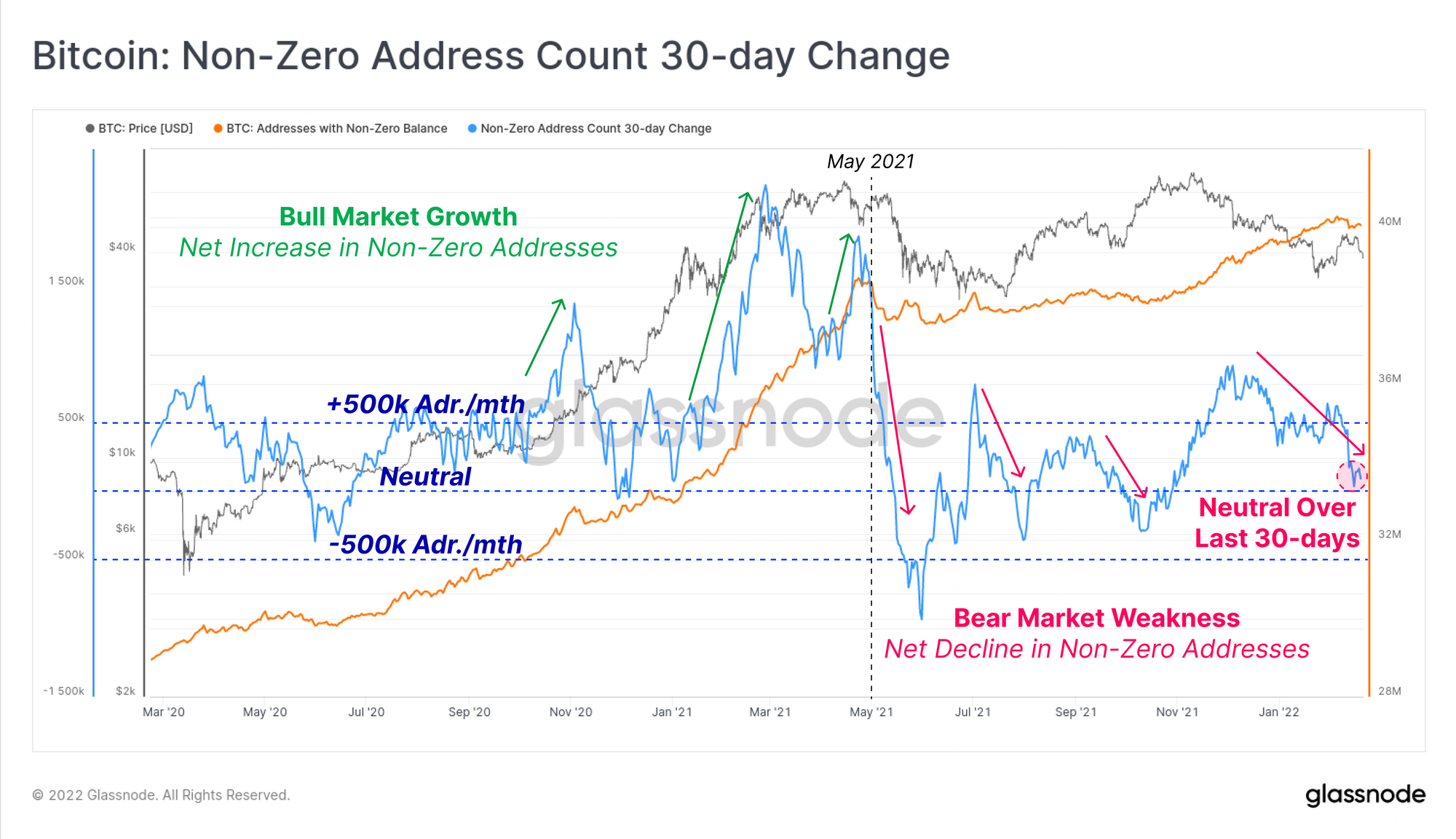 As a result, over 4.7 million BTC is now in unrealized loss. That is, they are worth less than when they were acquired. Since the holders have not sold, the loss has not yet been accounted for, qualifying as an unrealized loss.

In addition, the number of active addresses on the network is also falling, according to data. This indicator shows the level of operations performed on the network. The peaks on the chart indicate bullish moments, while the red channel represents zone of bearish activity.

In this sense, network activity has recorded the lowest levels since October 2021 and also reached one of the lowest peaks in the historical series.

“This week however the degree of on-chain activity is languishing at the lower-bound of the bear market channel, which can hardly be interpreted as a signal of increased interest and demand for the asset.” Glassnode said. 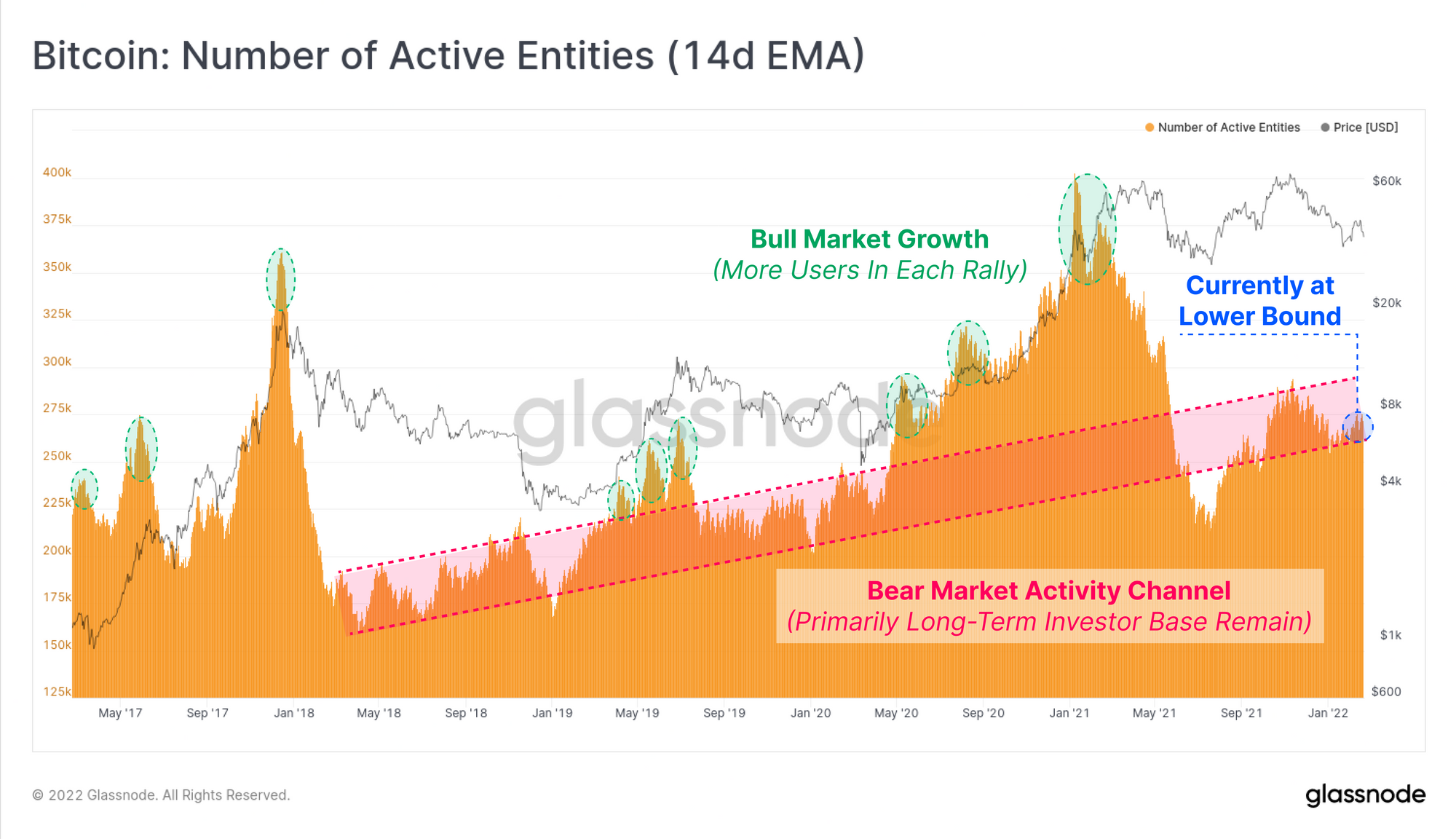 According to the report, the current market slump occurs for several reasons. The first is the deceleration of cryptocurrencies stemming from low demand. The second reason has to do with recent external events.

According to Glassnode, the move is a reflection of the general uncertainty in the market. This ranges from the fear of rising interest rates in the United States to the possibility of conflict in Ukraine. The uncertainties when civil unrest in Canada is also a motivator for the fall.

In the latter case, the government threatened to freeze bank accounts of people linked to the truckers’ protests. As a result, protesters began using BTC to evade sanctions.

What appeared to be an advertisement for the cryptocurrency has turned into yet another market risk. With more risk, the more the price tends to fall, putting pressure on investors’ unrealized losses. If losses increase, investors are more tempted to sell, which intensifies declines.

“The more investors are short in their position, and the more they fit into an unrealized loss, the more likely the coins are to be spent and sold,” the report says.