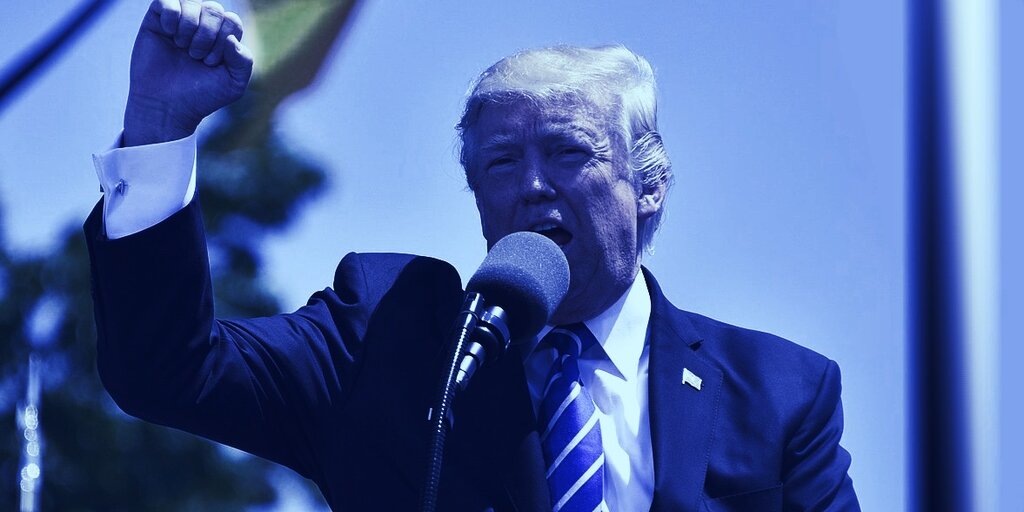 “BTC just seems like a scam,” he said, adding, “I don’t like it because it’s another currency competing against the dollar. I want the dollar to be the currency of the world; that’s what I’ve always said.”

During his time in the White House, Trump was similarly critical of BTC, describing it—and other cryptocurrencies—as assets that are “not money” and whose value is “highly volatile and based on thin air.”

But if you ask former White House communications director, Anthony Scaramucci (we did), Trump didn’t even write that tweet in the first place. Scaramucci suggested to Decrypt that Trump had been told he needed to opine about BTC, and the tweet was crafted for him.

“I could tell very quickly when Trump himself was writing a tweet, they were loaded with malapropisms and misspellings and a lack of commas, just this stream-of-consciousness ranting,” Scaramucci told Decrypt.

This time, it was definitely Trump speaking. And in any case, his views align pretty well with that old tweet.