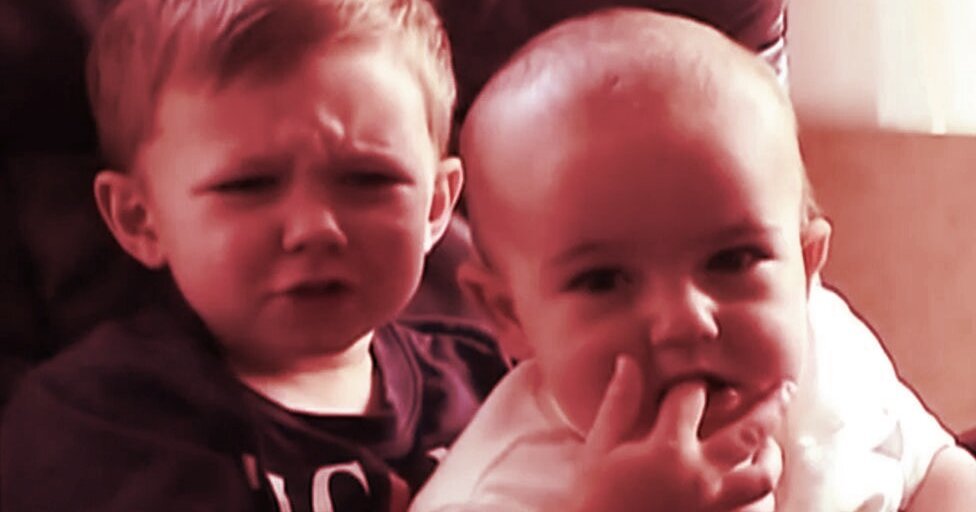 A baby and a toddler, Charlie and Harry Davies-Carr became unwitting Internet sensations back in 2007 with the viral video “Charlie Bit My Finger.” Now, 14 years later, the brothers have told the BBC that they are using the proceeds from a non-fungible token (NFT) sale of the video to pay for their university tuition.

NFTs are cryptographically unique tokens that can be linked to digital content such as images and music. In recent months, late 2000s and early 2010s internet memes like Nyan Cat, Scumbag Steve, and Overly Attached Girlfriend have found new life as NFTs, raising six-figure sums for their creators.

“Charlie Bit My Finger” is no exception. An NFT of the video—under a minute long—raised $760,999 at auction last month. It features a three-year-old Harry putting his finger in baby Charlie’s mouth and getting bitten. He then repeats the action, with comic results.

The video was originally posted by Charlie and Harry’s film director father, Howard, on YouTube—where it has garnered more than 885 million views.

Howard offered to delete the original clip from YouTube to increase the value of the NFT, but the winning bidder—3F Music, a startup that also owns the NFTs of Disaster Girl and Overly Attached Girlfriend—said there was no need.

Howard said the family has made around $1.4 million from the video over the years.

“The clip only went up as I wanted to share it with the boys’ grandfather. I was naive about the whole YouTube thing. It became viral and once that happened there was nothing I could do,” he told The Times in 2009.

Harry, now 17, told the BBC Radio 1 show, Newsbeat that he plans to study engineering at either UCL or Imperial university in London from the proceeds. Charlie, who is now 15, has no firm plans yet, but he said they have two more brothers, and the money generated by the video will pay for them to go to university too.

Even before the NFT sale, the family benefited from the popularity of the video, and have used it to fund trips to the U.S. “I can’t even remember doing it, so making money off it and having experiences off it is really cool,” said Charlie.

But, at the time, he and Harry weren’t quite so enthusiastic. According to a 2008 interview with their mother, Shelley, the boys felt embarrassed when they first saw themselves on TV.

The opportunities and money gained should set off that early embarrassment nicely.