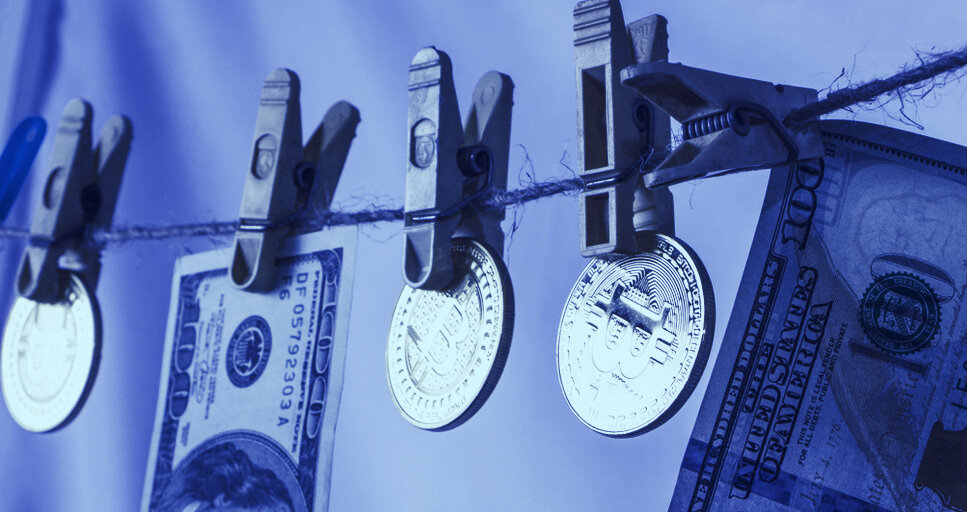 On Wednesday, the Chinese Ministry of Public Security said that it has arrested about 1,100 individuals for laundering money through cryptocurrencies. The announcement was posted on the Ministry’s official WeChat account, a social media app in China.

The money launderers allegedly charged a commission of 1.5% to 5% to convert criminal proceeds to cryptocurrencies using crypto exchanges. The Ministry did not provide details over how much money was laundered, nor which trading platforms were used.

The money earned came from illicit telephone and Internet scams, per the government body.

The news comes amid a broader crackdown on the crypto industry in China.

China has imposed a ban on cryptocurrency trading since 2017; however, in recent weeks, that ban has dominated headlines once again.

“Recently, cryptocurrency prices have skyrocketed and plummeted, and speculative trading of cryptocurrency has rebounded, seriously infringing on the safety of people’s property and disrupting the normal economic and financial order,” the three industry bodies said in a statement.

Cryptocurrency trading is not the only aspect of the crypto industry that’s come under fire in China recently, either.

According to a document issued by the Qinghai Industry and Information Technology Department yesterday, all mining businesses in the province must shut down, and no new businesses will be approved.

Qinghai is the third Chinese province to impose a ban on crypto mining, following the trail previously laid by Xinjiang and Inner Mongolia.