According to him, the tier 1 smart contract altcoin will hit a new all-time high before BTC (BTC) and ETH (ETH).

Is Avalanche Cryptocurrency Worth It?

To its more than 200,000 followers, Smart Contracter highlighted that AVAX could be the first crypto asset among the top 20 in market value to reach a new all-time high in price, as reported by the Daily Hodl.

“Multi-month downtrend breakout on this daily close for AVAX. I think this will likely be the first of the top 20 coins to hit a new all-time high, well ahead of BTC and ETH in my opinion.”

At the time of writing, AVAX is trading at $89.63. Over the past week, the altcoin price has remained relatively stable.

However, the current price of the cryptocurrency is still 38% below its all-time high of $146.22 recorded in November last year. That is, the Avalanche network cryptocurrency would need to jump around 60% to register a new ATH.

Meanwhile, AVAX’s market cap stands at $22.35 billion. This places it at the 9th position by market cap on the CoinMarketCap ranking.

While this rally seems unlikely considering the current market cycle, Avalanche has a few points going for it.

According to the trader, the downward spiral of the smart contract-enabled blockchain cryptocurrency focused on speed and low cost transactions ended after several months.

In addition, the Avalanche network has been prominent in the decentralized finance (DeFi) ecosystem. As shown by data from the DeFi Llama platform, Avalanche is now the fourth largest in terms of total blocked value (TVL).

Behind Ethereum, Terra and Binance Smart Chain (BSC), Avalanche has a TVL of $11.06 billion. The value is just below BSC’s US$ 12.99 billion. 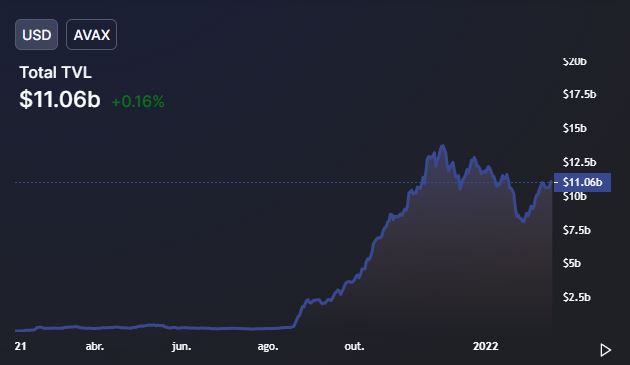