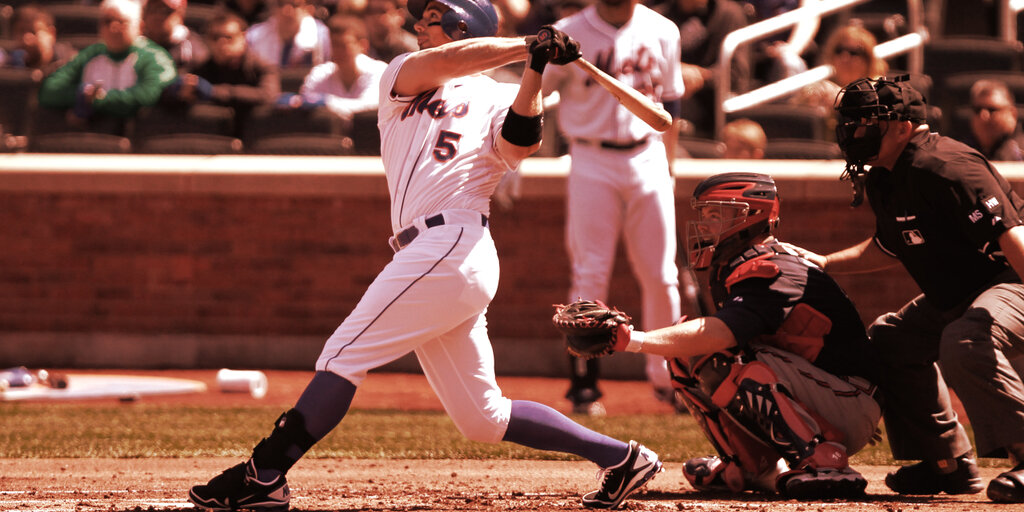 Another major player has entered the burgeoning sports non-fungible token (NFT) crypto collectibles market today with the launch of Candy Digital, a new digital collectibles firm with a prominent first licensing deal and significant backers behind the scenes.

Candy Digital has inked a long-term deal with Major League Baseball (MLB) to produce officially licensed NFTs based on the league’s assets, with additional partners to be announced in the coming weeks. The firm hails from a trio of established leaders from across the sports, blockchain, and business worlds.

Michael Rubin, executive chairman of sports merchandise and memorabilia firm Fanatics, will serve as co-chair of Candy Digital along with Mike Novogratz, founder and CEO of blockchain financial services firm Galaxy Digital. Meanwhile, serial entrepreneur and sports memorabilia collector Gary Vaynerchuk—who recently launched his own line of personal NFTs—will be a board member and advisor to Candy Digital. Fanatics is the majority owner of the new firm and will tap its existing customer base to increase visibility of these digital collectibles.

Candy Digital’s first MLB release will be a single-edition NFT based on Hall of Fame player Lou Gehrig’s famous “Luckiest Man” speech from July 4, 1939, following his retirement due to complications from amyotrophic lateral sclerosis (ALS)—commonly referred to as Lou Gehrig’s Disease. The NFT will go on sale during the July 4 holiday weekend, with proceeds benefiting ALS-related charities.

We are a next generation digital assets/NFT company and the future of fandom. Sign up at https://t.co/oWKlASFG4Y to be the first to learn more. pic.twitter.com/v3KuKqTyls

An NFT acts like a deed of ownership to a digital item, enabling the sale of rare goods such as still photos and illustrations, video clips, unique video game items, and more. Dapper Labs’ NBA Top Shot has led the charge in the sports NFT space so far, racking up more than $700 million in trading volume since last year for its collectible “moments,” which wrap up official NBA video highlights in distinctive design flourishes.

Is the NFL Ready for NFTs?

Major League Baseball has already made moves in the space, as well. Trading card giant Topps recently launched MLB NFT cards via the WAX blockchain, but MLB’s interest in the space goes much further back. In 2018, the league launched a crypto game called MLB Crypto Baseball, which was later rebranded to MLB Champions before being discontinued.