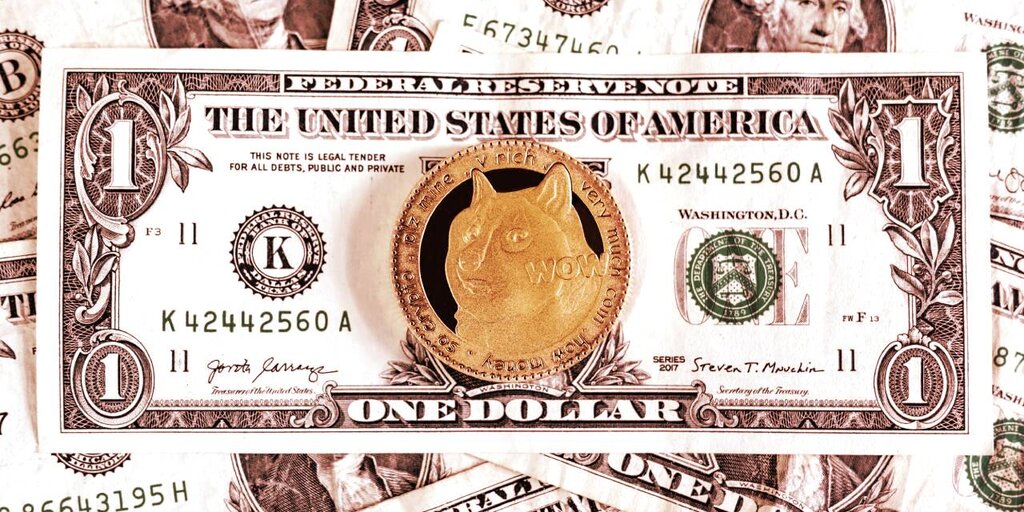 Many BTC proponents have chided the US Federal Reserve for its policy during (and before) the coronavirus pandemic of printing money to stimulate sections of the economy.

“The Fed is basically Dogecoining the US dollar,” said Davidson at the BTC 2021 conference today, referring to the production of 10,000 new DOGE roughly every minute. By contrast, only 21 million BTC will ever be minted. “There’s a benefit to scarcity that the Dogecoiners don’t apparently get,” added Rep. Davidson. “Nor does the Fed.”

His comments came in response to US Senator Cynthia Lummis (R-WY) stating that she believes “money printer go brrr” isn’t just bad monetary policy but is also in conflict with American values.

Sen. Lummis told the audience, “Warren and I are very concerned about printing dollars that have nothing to back them up. The 28 going on 30 trillion dollars in debt that has been issued. It’s demoralizing, and in my view it’s anti-American to destroy our currency in that way.”

The national debt is currently $28.3 trillion, according to the Peter G. Peterson Foundation,  meaning the US has had to borrow money to spend it. That’s not wholly on the Federal Reserve. Congress and the president have not passed a balanced budget since 2000. The federal deficit then ballooned to an unprecedented level last year in an effort to ward off a recession; stimulus checks and expanded unemployment benefits contributed to the deficit.

The Federal Reserve, which is charged with overseeing US monetary policy (how to manage interest and supply) rather than fiscal policy (how to spend funds), did print money, though. Its balance sheet grew from $4.2 trillion at the beginning of March 2020 to over $7 trillion in May 2020. It’s now approaching $8 trillion, and the Fed can use the funds it creates to buy government securities.

Rep. Davidson, a founder of Congress’ Sound Money Caucus, said he believes the Fed should be audited.

So excited that there's bicameral support for #crypto clarity in Congress. If we do this right, we will cement the US as the leader in innovation and entrepreneurship. #Bitcoin2021 https://t.co/CwkxTUZ4cy

Like Rep. Davidson, Sen. Lummis’ fears that expansionary monetary policy contributes to an unreasonable level of inflation, lowering the purchasing power of the US dollar. She would rather that BTC and the US dollar work hand in hand, with the value of the US dollar remaining strong so that it can continue to be the leading global currency for trade; BTC would take on the role once given to gold. In the gold standard, dollars were backed by gold reserves.

However, Sen. Lummis is open to BTC taking the lead.

“While [Davidson and I] are going to continue to fight for fiscal sanity and fight to save the US dollar, I am so relieved BTC came along to underpin the US dollar. And if we go off the rails completely, BTC will be there. And it can be the standard.”