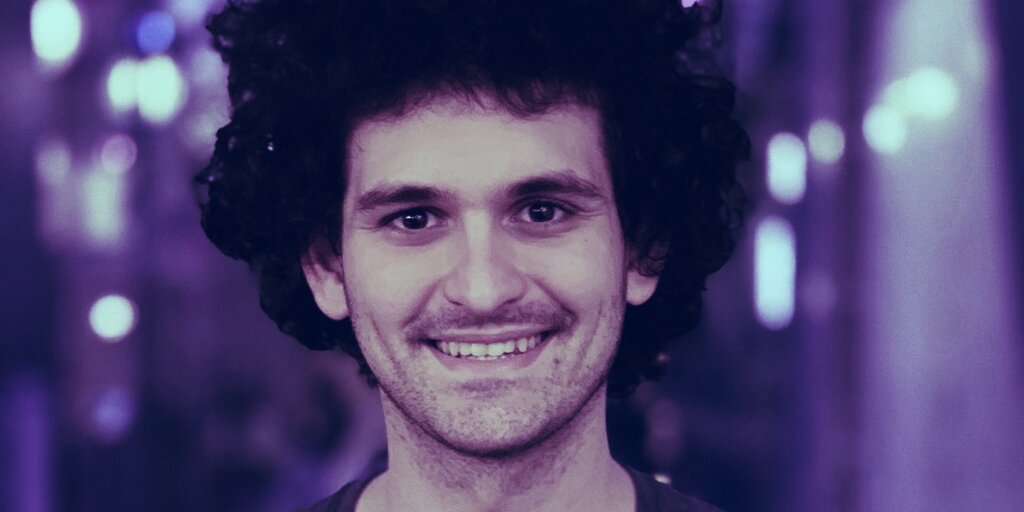 The first time Decrypt interviewed FTX CEO Sam Bankman-Fried, in September 2020, decentralized marketplace SushiSwap was better known than the 29-year-old billionaire or the crypto exchange he founded. He rose to fame initially through his efforts to save the SushiSwap protocol, after its creator cashed out.

In the intervening months, Bankman-Fried has overseen a $900 million raise for FTX, with investors including Softbank, Sequoia, and Third Point; FTX’s value has soared from $1 billion to $18 billion, and the young entrepreneur has been feted by every major financial publication in the world, with the likes of the Financial Times breathlessly reporting his purported plans to buy Goldman Sachs.

FTX and its new shopping list of acquisitions, as well as expansion within Asia and the US, takes up most of Bankman-Fried’s time. But SBF, as he’s affectionately known, is also one of the few crypto luminaries straddling decentralized finance (DeFi) and its mainstream equivalent. That gives him a unique take on the emerging DeFi space—its advantages, as well as the issues it faces.

He told Decrypt how he thinks some of these can be overcome in a wide-ranging interview last week.

In it together, or like a fish on a bicycle?

FTX makes money from charging fees on crypto trades, and much of its success has come from its expansion into other areas, which include offering stocks and commodities via derivatives contracts. In developing the exchange, Bankman-Fried has strived to straddle both the traditional finance and crypto spheres.

“It’s really important for me to have a really broad view of the crypto ecosystem and to understand what’s going on in each piece of it so that we can effectively serve it and understand where the demand is,” he said.

This “we’re all in it together” approach has earned him plaudits from both the DeFi and TradFi camps, because venture capital and institutional culture is often the direct opposite of the financial egalitarianism DeFi proponents strive to achieve.

There’s still a huge chasm between the two, said Bankman-Fried. Unsurprisingly, he highlighted the lack of regulations as one of the big issues concerning institutional investors.

Despite this, DeFi money markets are increasingly appealing to VCs who see potential in their transparency and leverage opportunities. More than $95 billion is currently locked into the sector, compared to just under $1 billion last year.

But DeFi proponents fear that VC influence may damage the ecosystem.

One leading DeFi protocol, Compound, now has five VCs representing 42% of its token ownership—at the risk, some say, that it’s labeled a VC coin.

Fittingly, it’s SushiSwap that’s one of the experimental petri dishes for gauging the impact of institutional investment on DeFi. A proposal to attract VCs by offering them discounted SUSHI tokens would make it cheaper for them to guide the direction of the protocol. But the idea has sparked fresh controversy within the project’s community.

The proposal suggests that around a quarter of the SUSHI governance tokens should be sold at a 20-30% discount if the buyers promise to lock up their tokens for 18 months. So far 21 investors, including Polychain, Dragonfly Capital and Hashed, are on board for the $60 million sale.

VC money would add much-needed liquidity to the exchange, which has fallen from its apex of about $5.6 billion in mid-May to $3.2 billion today. The proposal’s advocates, including SBF, also argue that VCs can provide diversity and experience.

“[SushiSwap] doesn’t have nearly as many institutional backers right now as it has retail backers,” said SBF, who added that building out its institutional base would be “quite valuable for it as a project.” But he advised a targeted approach towards “really exciting” VCs that are “going to really help you build out your business and really fight for you.”

However, critics counter that such a move endangers the protocol, makes it less democratic, and point out that SushiSwap isn’t short of cash.

“SushiSwap is at least in part a community founded on anti-VC sentiment […] there’s still a lot of resistance.”

“SushiSwap is at least in part a community founded on anti-VC sentiment. And so I do think that there’s still a lot of resistance,” said Bankman-Fried. He called for a speedy resolution to the impasse, at the risk of the proposal ending up “being such a big hassle for the community—and tension point—that it’s just not worth it in the end.”

VCs can do their part to overcome the impasse with DeFi communities by providing “more transparency and more explanation” about how they plan to add value, said Bankman-Fried.

He suggested that an ask-me-anything (AMA) session “could help give people more clarity and confidence about which partners to choose,” and he noted that an event by one fund, Lightspeed Ventures, had met with some success.

“When you see funds trying to do this and fail, that can actually be a decent sign that maybe they don’t know how they’re gonna add value,” he said.

But a lot of DeFi products just aren’t ready for this kind of investment and, “frankly, have a long way to go before they would make sense for institutional usage,” he cautioned. User experience was one area where many projects fell down. User interfaces (UI) and throughput were other areas needing attention, he said.

A key aspect worrying both regulators and institutional investors is the custodianship of digital assets. Buying, storing and using cryptocurrencies securely is still a complex ordeal for many.

Unlike SushiSwap, FTX offshoot Serum is a decentralized exchange (DEX) that’s non-custodial. And Bankman-Fried contends that custody of funds should be a key consideration for crypto projects.

“A piece of this is they give up custody, which is very different in crypto than in traditional finance to start with, and it’s very, very different in DeFi,” he said. “That’s something where people haven’t really put together what their plan is going to be long term.”

Custody issues are largely why institutions, to the extent they interact at all with DeFi, generally use crypto-native intermediaries, he said.

Had a interesting time at @EthCC. Several things are now much more clear for me:

Defi narrative for me was to be my own bank and I have been thinking this is still the case. But this story is over. Defi is going to be mostly b2b, so fintech company using it in the background.

The trend towards DeFi becoming a business-to-business (B2B) industry was highlighted at the ETH Developers conference, EthCC, last week.

According to Bankman-Fried, more hands-on involvement may take a lot longer to achieve. “There’s a lot of work that both sides have to do, particularly that DeFi has to do, in order to get ready for that, and build the products that are going to work,” he said.

In May, a report by the Wharton School of the University of Pennsylvania, in collaboration with the World Economic Forum, found that the novel industry was exposed to many risks.

“DeFi has the potential to transform global finance, but activity to date has concentrated on speculation, leverage, and yield generation among the existing community of digital asset holders,” the report said.

“We still see a lot of pressure from institutions who are looking to get involved in crypto, but it’s not going to happen tomorrow.”

“I think we still see a lot of pressure from institutions who are looking to get involved in crypto, but it’s not going to happen tomorrow. I think it’s going to happen over the next few years,” said Bankman-Fried.

But the 29-year-old business mogul, who has a personal wealth of some $8 billion, is ready to lend a hand. DeFi, he said,  is part of the FTX journey: “Things that we can do to help build out the crypto ecosystem can help us too.”