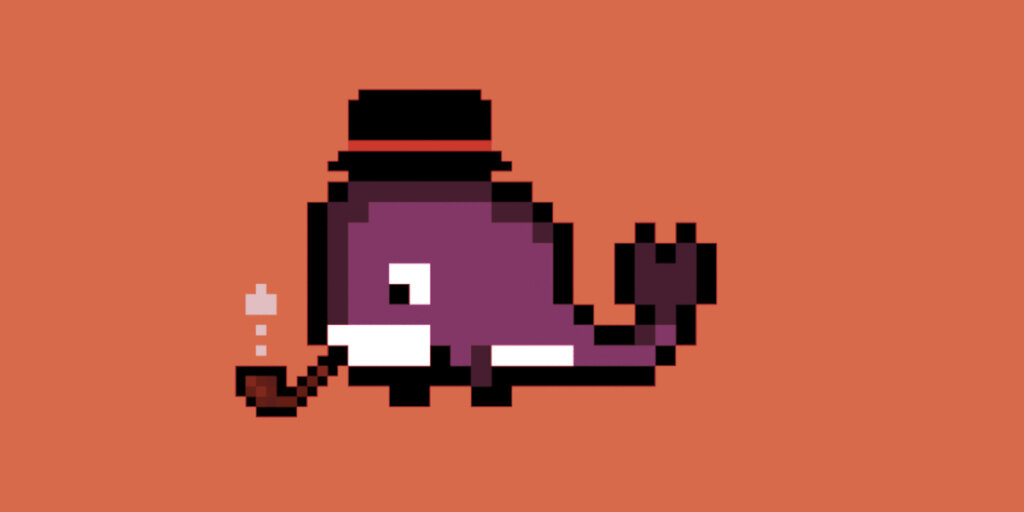 Last month, we introduced you to Gajesh Naik, a 13-year-old boy from Goa, India, who drummed up his own investment management program for cryptocurrency.

Apparently there’s a market for tweens looking to get into crypto: this past week, a 12-year-old sold a series of original NFT icons for over $160,000.

The NFT collection is Weird Whales—a set of pixelated whale icons inspired by a stock image—and the kid is Benyamin Ahmed. He’s based out of Pinner, a London suburb that one of Decrypt’s English staffers described as “small, quaint, and dull.”

“I got interested in the NFT space because originally I thought it was cool as an online flex,” said Ahmed. It was only later, after developing a “respect” for the digital-first art style of popular NFT collections like CryptoPunks and Bored Ape Yacht Club, that he decided to code a collection of his own.

The Boy Who Could DeFi: Meet the 13-Year-Old Who Built a $7M Money Manager on ETH

For the uninitiated: an NFT is a kind of cryptocurrency that can be attached to files on the internet and sold as proof of ownership. They’ve been around for years, but it’s only the past six months that they’ve achieved mainstream recognition; in March, the $69 million sale of an NFT by the digital artist Beeple made the front page of the Wall Street Journal.

As with CryptoPunks and Bored Ape Yacht Club, each Weird Whale image comes with a set of distinct “traits,” some rarer and more valuable than others. The 1205th image in the collection, which RaritySniper.com ranks as the eighth rarest of the 3350 total Weird Whale NFTs, recently sold for around $6,000 on the secondary market.

Ahmed’s father, Imran, works as a web developer for the London Stock Exchange Group; he introduced Benyamin and his brother to HTML and CSS at the age of “5 or 6.” Recently, the siblings have been honing their skills on an online coding platform called Codewars.

Weird Whales began when one of the developers behind another alliterative NFT project, Boring Bananas, sent him an annotated Python script with a template for creating his own tiered images.

Thanks to some clever networking with the Boring Bananas team, Weird Whales went viral, and Ahmed made 80 ETH in about nine hours. “I’ve also made some money from royalties on OpenSea,” he added. “Whenever someone buys a whale, I get 2.5% of the amount of money it sold for.”

It’s hard to imagine that the traditional financial system—with its pesky safeguards and consumer protection laws—would have allowed $160,000 to simply drop into Ahmed’s lap without a sign-off from a parent or guardian.

But Ahmed insists he’s not interested in spending the money anytime soon.