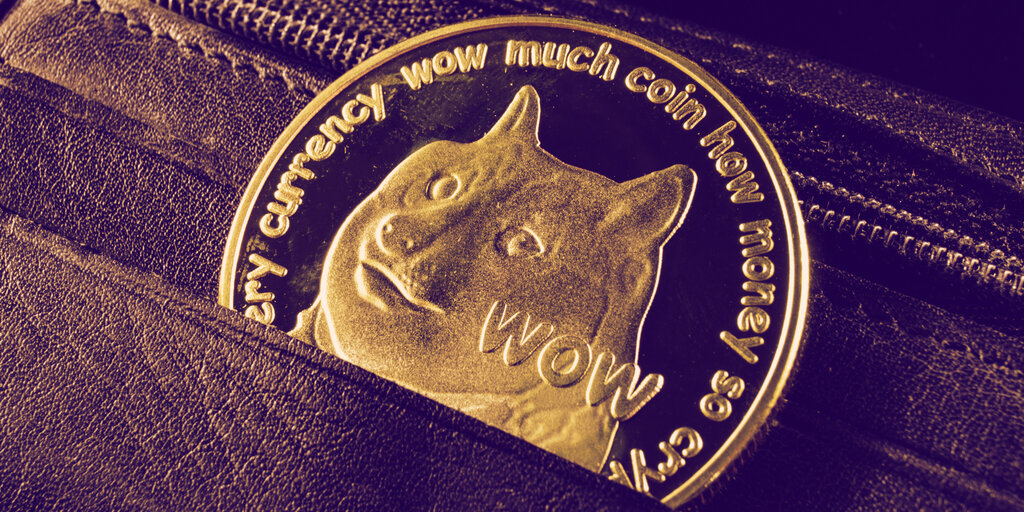 The weird world of Dogecoin just keeps getting weirder.

To catch anyone up who hasn’t been following along: a joke cryptocurrency designed in 2013 to poke fun at BTC has now become the sixth biggest digital asset by market cap. It also happens to be Tesla CEO Elon Musk’s favorite coin. And just when you thought things couldn’t get any stranger, try this: The prime minister of Canada, Justin Trudeau, has a half brother, and he’s launching his very own Dogecoin project.

Kyle Kemper, who is also the founder of crypto wallet and card, Swiss Key, launched an event over the weekend at the BTC 2021 conference in Miami to give out free Dogecoin.

The event, “Million Doge Disco,” which has its own website, and is running in partnership with blockchain development platform, Blockv, will dish out “augmented reality Disco Doge NFTs” to participants.

“Our ultimate dream is to create a Doge-Fueled Party Metaverse,” the website reads. “A new ‘Party Layer’ that will sit atop reality, allowing anyone, anywhere to instantly step into a parallel dimension alive with sound, light and positive vibes.”

According to Kemper, who has made headlines in Canada for criticizing his half-brother, one million Dogecoin—over $327,000 of the coin at today’s prices—will be given away in the competition.

Dancing Dogecoin-themed NFTs (non-fungible tokens) will arrive to the phones of those who sign up and will contain the cryptocurrency.

NFTs are unique digital tokens that can represent things like artwork, audio, or video content. In this case, the competition’s NFTs are dancing Dogecoin dogs (the Shiba Inu meme that inspired the cryptocurrency.)

Dogecoin is a much talked about cryptocurrency that was initially created for fun and not really to do anything useful.

But since 2020, the cryptocurrency has been pumped on Twitter by Elon Musk, one of the world’s richest men, who has had fun causing its price to go through the roof. Today it was trading at $0.32, according to CoinGecko. That’s an annual increase of over 13,000%.

Now, other businessmen, like the billionaire owner of the Dallas Mavericks basketball team, Mark Cuban, have touted the coin as a serious payment method.

And the team behind the coin also have told Decrypt that they are working on making it a rival to BTC.

This isn’t the first Dogecoin NFT project, either. The coin’s co-founder, Billy Markus, announced Tuesday that he is selling his own line of DOGE-inspired NFTs.