KuCoin, the cryptocurrency exchange world leader, co-launched the KCS Whitepaper in coordination with the KCS Management Foundation and KCC, the decentralized public blockchain built by communities of KuCoin fans and holders of KCS, KuCoin’s native token.

KCS Whitepaper focuses on ecosystem scaling KCS and summarizes key collaborations around KCS and the KCS Management Foundation. Mechanisms designed to accelerate KCS value growth were illustrated and the distribution plan for the 90 million KCS in lock-up was clarified, in which 20 million KCS will be permanently burned.

The KCS Whitepaper describes the focus of the KCS Management Foundation to serve as the governing body responsible for the development, decision making, investment and applications of the KCS. The Foundation will cover research, funding, investment, incubation and integration of resources from the various projects it supports. The Foundation’s efforts will ultimately be aimed at advancing decentralized technologies. 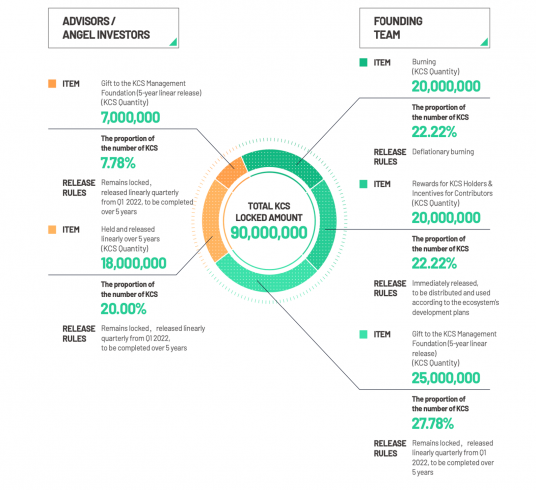 The price of KCS has seen a 2,000% increase since the beginning of 2021, which is further bolstered by collaboration with KuCoin and the KCC communities.

KCS aims to build a blockchain-based self-circulating value ecosystem where all members of the KCS, KuCoin and KCC community will be empowered to access services and be encouraged by the extensive application scenarios built into the system. According to Johnny Lyu, CEO of KuCoin, “KCS will build a bridge between the centralized and decentralized world, connecting KuCoin and the KCC community, and will lead the way in creating a self-circulating ecosystem with community support and bringing the blockchain from the geeks to the masses”.

KCS has also aligned with the KuCoin core team, the KCC GoDAO Foundation, investment institutions, angel investors and representatives from the KCS Holder Community to co-establish the KCS Management Foundation. The latter will oversee KCS’ research, funding, investment, incubation and resource integration and is currently working on research and development of centralized and decentralized applications and various sectors of the blockchain economy. Going forward, the KCC GoDAO will replace the KCS Management Foundation to enable and facilitate the development of the KCS ecosystem.