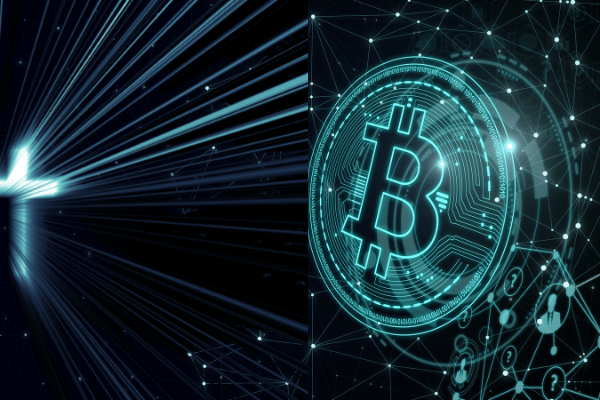 The cryptocurrency cross is a heavy one to bear – one minute you’re riding high, smug in the face of your naysaying friends as you lavish in the mansions in your mind and supercars in your subconscious, and the next minute you’re questioning every single life decision you ever made.

Such is the craziness of cryptocurrencies that they can make one feel as though one is at the cusp of clairvoyance and the depths of despair, all in the span of a single afternoon.

But amid BTC’s decline this week, eagle-eyed chart-watchers (who see dead people all the time), sounded the alarm of an ominous-sounding technical breach that BTC is approaching a bearish pattern, known as a “death cross.”

To the uncharted, a “death cross” is a formation on a where the average price over the last 50 days closes to its 200-day moving average – if the short-term (50-day) line crosses below the long-term (200-day) one, the coin would create this “death cross.”

Chartists (some of whom read goat entrails and tea leaves in their spare time) view a “death cross” as a technical measure that could hint at more pain to come, with the last time BTC marked its crucifixion in November 2019 seeing BTC shed 5%, a month after hanging itself on the cross.

Mired in a downtrend spiral in recent weeks, BTC has lost about 45% since mid-April, when it hit its all-time-high.

But just like Jesus was hung on the cross on Good Friday and raised from the dead on Sunday, some chartists also point to the fact that the “death cross” is often also followed by a “golden cross” – a bullish signal.

A key level of support will be US$30,000 for BTC, and if that level holds, could provide BTC maximalists with the resurrection that they crave soon after.

The reasons for BTC’s recent malaise are well documented, from the tweets of Elon Musk to a firmer hand against cryptocurrencies in China.

But, the most recently proffered reason for weakness in BTC has been how U.S. law enforcement agencies were able to recover almost all of the BTC ransom paid to perpetrators of last month’s Colonial Pipeline ransomware attack – which the uninitiated have taken to mean that BTC is not as anonymous as would initially be believed.

But that obscures the fact that the Colonial Pipeline hackers were extremely sloppy in covering their tracks and played fast and loose with their BTC private keys.

Contrary to the alleged anonymity provided by cryptocurrencies, decentralized ledgers of the kind that underpin ETH and BTC are fully searchable, transparent and immutable – every transaction and every endpoint is open for the world to inspect.

When the Colonial Pipeline hackers put out the BTC address to send the ransom to, the U.S. Federal Bureau of Investigation simply followed the BTC trail, where the ransomed cryptocurrency eventually coalesced into a single wallet address – a rookie mistake.

Typically, someone looking to use cryptocurrency for nefarious purposes would use a variety of mixers – a string of digital wallet addresses that deliberately slices and dices and obfuscates a bundle of BTC transactions that are then rerouted to another set of mixers, making the job of law enforcement far more challenging (but not altogether impossible).

And there is some speculation that the hackers actually “reassembled” the BTC to be sent into a centralized cryptocurrency exchange wallet address, which have of late become increasingly compliant when it’s come to anti-money laundering and know-your-customer protocols, as authorities scrutinize the industry more closely.

Which self-respecting cyber criminal does that?

While it’s likely that the Colonial Pipeline hackers may have been aware of the need to use mixers, obfuscate flows and not reconstitute the ransomed sums, they either got lazy or were sold out by an informant, or were hacked by the FBI themselves.

No BTC hasn’t been compromised, but just like so many things in the blockchain, you need to put in effort to extract value from it.

The post Of Crosses & Cryptocurrencies appeared first on SuperCryptoNews.