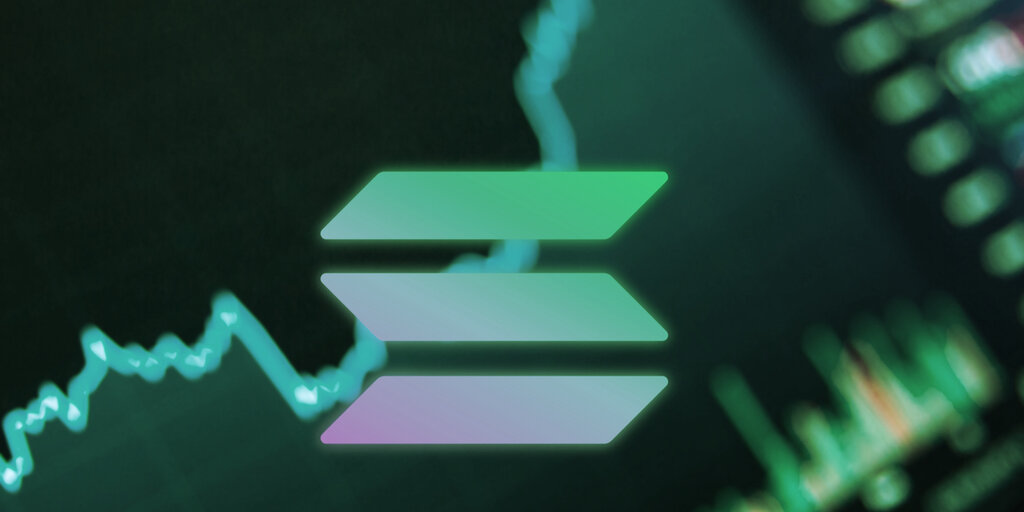 Today’s positive price movement forms part of a wider week of growth for Solana, which has increased by 36.8% in the last seven days.

Despite the recent positive growth, it has been a tumultuous month for the crypto project. After hitting an all-time high of $58 on May 18, the cryptocurrency crashed to a month-long low of $21 just five days later on May 23.

One of the reasons for the current upward trajectory of SOL, the project’s native token, could be the Solana Labs’ recent funding round which saw $314 million raised. The funding round was led by Polychain Capital and Andreessen Horowitz, a private American venture capital firm with a long history of investing in crypto initiatives.

Other companies that participated in the funding round include Coinfund, Blockchange Ventures, Alameda Research, and ParaFi Capital.

“It is easy to imagine countless use cases for crypto as a technology, but building them into real products that millions of people use requires the existence of high-performance blockchains,” Ali Yahya, general partner at Andreessen Horowitz, said, adding, “Solana is a next-generation blockchain that can meet that high bar.”

Onlookers have described the project as a potential “ETH killer,” anticipating it will become a go-to home for decentralized applications and the fast-moving decentralized finance space.

One key difference between both blockchains is that the Solana blockchain runs on a proof-of-stake consensus mechanism. This, importantly, allows for much cheaper transactions on Solana than ETH, which has long been troubled by steep transaction fees.

“Solana is build-ready today,” said Anatoly Yakovenko, co-founder and CEO of Solana Labs, adding, “After seeing explosive growth in global developer uptake, we are convinced that scalability and throughput in blockchain are now a solved problem.”