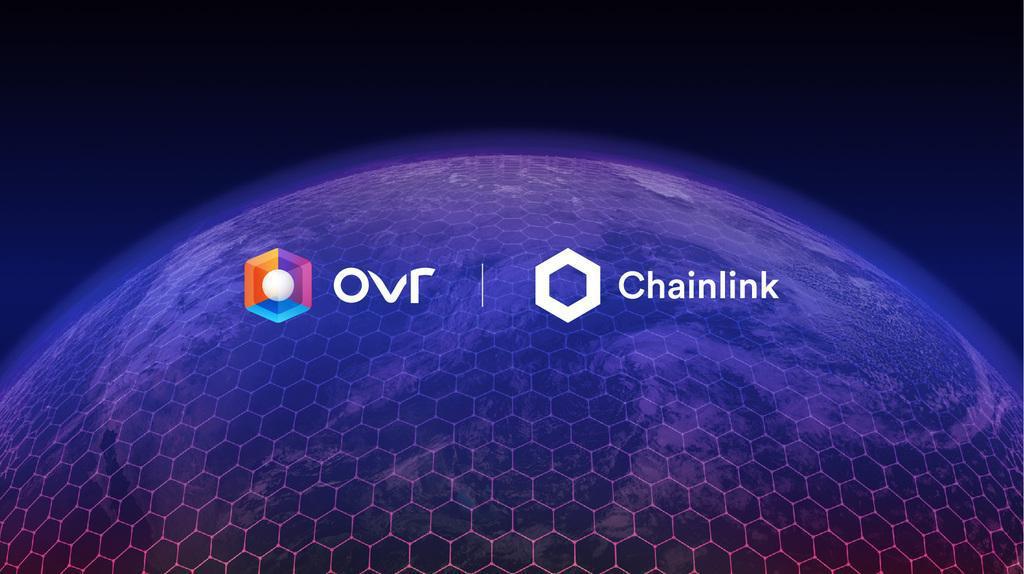 OVR has today announced its integration with Chainlink, the marketing-leading decentralized oracle network that provides smart contracts with secure and reliable off-chain data and computation.

OVR will use the Chainlink Verifiable Randomness Function (VRF) to transparently select a special grant fund winner from the list of participants taking part in its upcoming OVRLand Treasure Hunt.

Also, the team wants to leverage Chainlink oracles throughout its metaverse to connect the physical world to OVR, enabling a virtual experience that is linked to the real world.

OVR is a decentralized platform for geolocalized Augmented Reality (AR) / Virtual Reality (VR) experiences, with a vision to merge the physical and the virtual world through AR. OVR allows users to build, host, and visualize AR/VR experiences that are customized to specific geographic locations.

OVR decided to divide the digital world into 300 hexagons called OVRLands, which represent physical geographic locations. Each OVRLand is tokenized using the NFT based onEthereum.

What if it is possible to embed decentralized logic into the OVRLand NFTs? What if they can take off-chain/geographic data and use it on the blockchain to interact within this decentralized metaverse?

In this sense, Chainlink will allow OVR to securely connect real-world events to the blockchain in order to trigger smart contract executions. Data such as randomness, geolocation, weather, and more can all be fetched from off-chain sources and supplied on-chain via Chainlink.

The most immediate use case for OVR is leveraging randomness to determine metaverse events. However, the source of randomness must contain high assurances that it can’t be manipulated or predicted to gain unfair advantages, especially when the randomness is responsible for the movement of real economic value.

This is why OVR decided to collaborate with Chainlink VRF to determine the winner of its 15k OVR token final extraction prize, which serves as a community reward to treasure hunters. The extraction process will be done through a public and deterministic algorithm.

The future for OVR

In the future, OVR also anticipates using a variety of Chainlink Data Feeds beyond VRF.

Imagine having AR/VR experiences that are not only geolocalized but also “aware” of real world conditions:

These are just a few examples—any real world data source that can be streamed with an API can be reliably delivered on-chain by Chainlink oracles. The data can be integrated in smart contracts to create infinite types of interaction logic within the OVR metaverse.

“Using Chainlink VRF for fair selection in the OVRLand distribution event is only the first step in a much wider set of Chainlink-OVR integration possibilities that can redefine the entire AR/VR industry. We are excited to showcase the potential of combining reliable off-chain data with decentralized metaverses to create vibrant and interactive virtual worlds that users can trust to function as intended.”

The post OVR and Chainlink to connect the metaverse to the real world appeared first on The Cryptonomist.