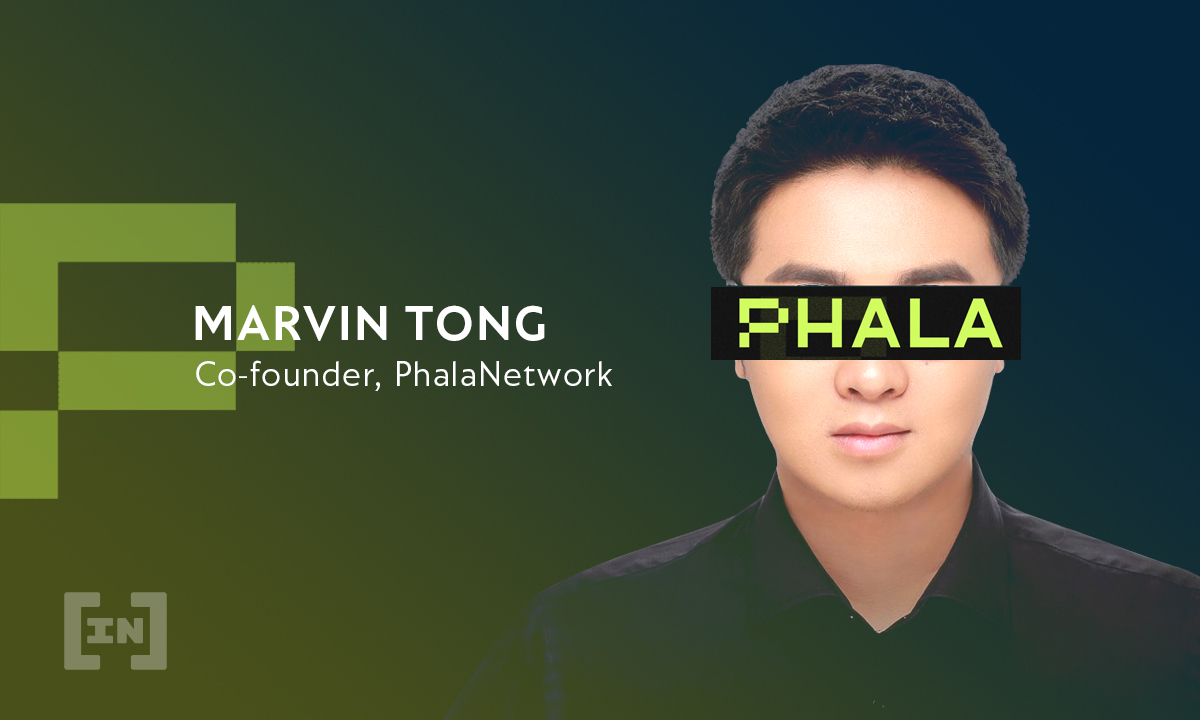 BeinCrypto spoke to Marvin Tong, CEO of the Phala Network, a transparent and private computation cloud on Web3.0.

Blockchain and crypto are building fast. This is in part because of the investment innovators in this space are making to ensure the greatest utility of these new technologies moving forward.

One such innovator is Marvin Tong. This CEO started his career with the massive Chinese company Tencent, which is behind platforms like WeChat. During his time there, he saw the move by these big companies to, what he calls, the “dark side.”

“They were getting close to what they wanted to fight.”

After learning about cryptocurrenices and blockchain in 2018, Tong began participating in this new world. “In this time the dApps where unfolding in ETH and there where plenty of new games. I jumped into it and played some of them,” he explains.

“I realized this will be the next generation of applications – not just gaming, but overall. In the near future, maybe 5 or 10 years, the majority of applications will be based on smart contracts.”

Building on his background in applications, Tong co-founded Phala. Teaming up with high school classmates, he was among those who were already interested in the crypto space.

One of his co-founders was a founder of BTC Gold, the fork created to fight the centralization of miner pools.

Their inspiration came from seeing how smart contracts could be combined with databases to improve the services already popular across the world, and remove power from the companies holding the data.

“I found if we want to make a difference to the devices and services we´re using today, we need to keep the data base and add smart contracts.”

As a result, he turned to the blockchain.

Starting in 2019, the team were perfectly positioned to build their product while the crypto world licked its wounds during the bear cycle.

“We used the meantime to research and develop Phala and we´re very lucky that we found a Web 3 foundation to support us.”

To much and too little trust

For Tong, privacy sits at the centre of the work the network is doing. When looking at the current model, he sees a key issue- having to trust corporations with user data.

“For now in the Web 2 world, there is the problem who you can trust.”

To address this with Web 3.0, he sees the blockchain as playing an integral part. However, it is a balancing act.

“I think blockchain itself is actually a trust layer for the internet, for the next generation of the internet. I truly believe that. But there are things that need to be done in terms of privacy, to keep sensitive data in people´s hand.”

Using Uber as an example, he explains how if you combined the app with smart contracts it would immediately put everyones GPS and data on chain. This level of transparency is too radical and completely erases privacy.

“We want to link between the Web 2 and Web 3 technology to make it faster, transparent and secure”

This is where Tong and Phala come in. The Phala blockchain code aims to make smart contracts possible for applications without compromising privacy. As Tong calls it, a privacy DeFi branch.

His network is a para chain for Kusama, Polkadot’s canary network. They then aim to use their own token to encourage people to register to the blockchain.

“There will be a huge power, that could make Phala one of the biggest privacy clouds in the world. After we verified that base we began to launch different types of applications. There will be various decentralized privacy applications available to use.”

He explains that they’ve already begun work in this area, through building bridges between Phala and Diem.

For Tong, the work they’re building is about finding the best ways to connect the world we know today with the one blockchain and crypto are planning for in the future.

“A very interesting point is, that the blockchain itself is used as layer 0 or layer 2. The next huge market would be how to use these layers, how to build your own layer 2, how to build a para chain. Then there will a huge bunch of layer 2 applications,” he says.

“A lot of us want to connect the Web 2 world with the Web 3 world, but it´s a long way to go. We lack the technology, the protocols, in that perspective, we need a confidential cloud to replace Google cloud in the future.”

The post Phala Network’s Marvin Tong on Blockchain as Trust Layer for the Internet appeared first on BeInCrypto.