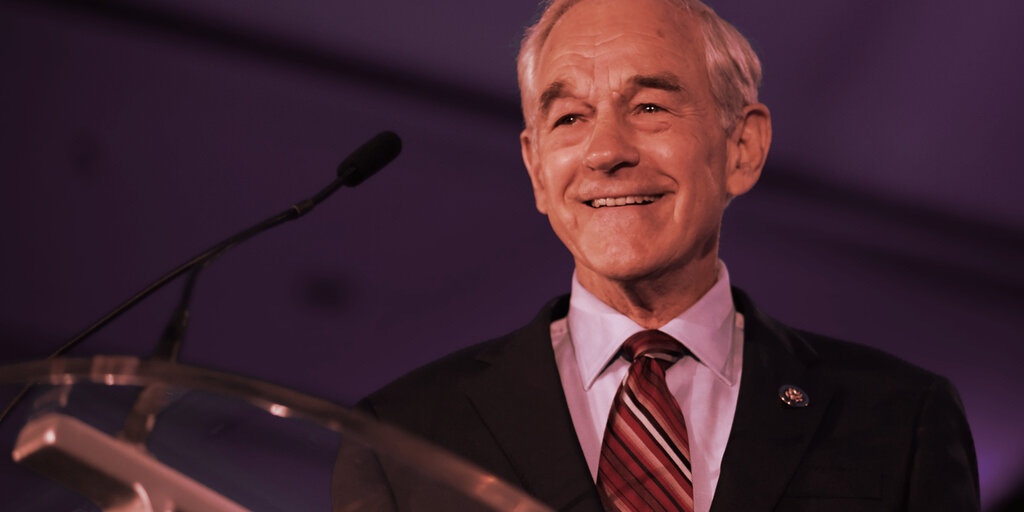 The BTC 2021 conference in Miami kicked off today with libertarian and ex-presidential candidate Ron Paul slamming the Federal Reserve and saying that BTC needs be “considered seriously,” given the current state of the economy and the Fed’s monetary policy.

The former black sheep of the Republican Party told the Miami crowd that the US’s current monetary policy is a disaster and that the central bank should be scrapped entirely. Paul made a name for himself during the 2008 and 2012 US presidential elections with calls to “end the Fed.”

Touching on President Joe Biden’s $6 trillion budget proposal—which would be the biggest federal spending since World War 2—Paul said that current economic policy can’t go on for much longer.

“The problems are going to get worse,” he told an enthusiastic crowd. “There’s a lot of free money that’s circulating these days, and it’s all fake and it’s all political corruption that goes in. Free money means they either print it or steal it.”

He added: “If you know anything about me, I’ve been in politics a couple of years…I have a solution. One of my solutions for foreign policy was when we were in places we shouldn’t be in, I said, ‘We just marched in, let’s march out.’”

Paul, a former Republican congressman for Texas, was referring to the US government’s stimulus package initiated last year to confront the economic effects of lockdowns and quarantines as a result of the coronavirus pandemic.

The US government has since pledged to spend more—something that the most ardent cryptocurrency enthusiasts think will eventually cause inflation, the downfall of the dollar and the mass adoption of BTC.

Paul, who previously said that BTC should be free from government interference, added that he doesn’t know much about cryptocurrency, but that it could provide solutions to what he deems is problematic government spending.

“[Government spending is] going to work well for BTC,” he said. “BTC better be considered seriously.”

The 2021 BTC conference in Miami started today and will run until tomorrow, with over 50,000 people expected to attend. Twitter CEO Jack Dorsey, MicroStrategy co-founder Michael Saylor and pro-skater Tony Hawk are all guest speakers.