The price of Shiba Inu (SHIB) continues to be controlled by the bears after a small rally. But according to the analyst Filip L. this “dead cat jump” will set up a new drop of up to 70% for the cryptocurrency.

The analyst highlighted that, with Nasdaq closing sharply lower, giving up previous gains, cryptocurrencies are being dragged into a liquidation in tandem:

Also according to him, the price of Shiba Inu is in a vortex along with other financial market assets after the US session saw a 180 degree reversal to the downside.

He highlighted that the SHIB price is falling to $0.00002482, a level where the 200-day simple moving average (SMA) and the S1 monthly support level intersect.

“That should offer a lot of support. But with current market sentiment so negative, it is not certain that investors will want to step in and support the trade. A lower breakout would see the price on the next break at $0.00001623, the S2 monthly support,” he pointed out.

Filip also said that the S2 level has no historical relevance, making it relatively weak. The only key lower level appears to be $0.00000607, just above the S3 monthly support and the starting point of a Fibonacci retracement.

“Depending on how the US session plays out, expect this to arrive in the next few days. That is if markets enter correction territory or even recession. The result would be SHIB losing 70% of its market value from where it is currently trading.” 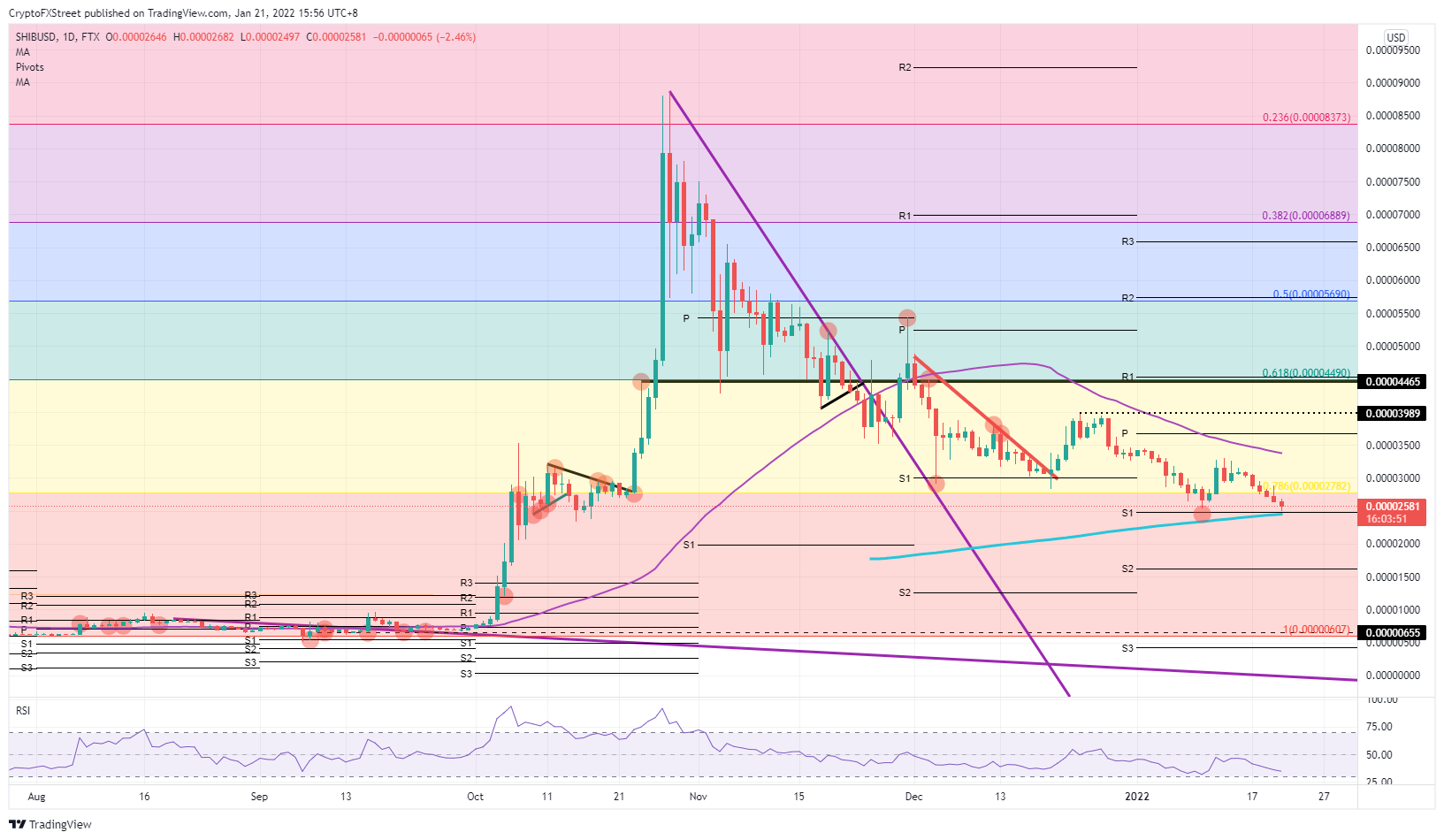 Finally, he pointed out that markets often see a rise after a negative day.

“Investors are starting to come in and grab interesting assets at a discount. And the markets finally get to a point where a revaluation trade is made.”

According to the analyst, this could happen with SHIB, with the 200-day SMA holding firm, supporting price action and a bullish candle starting to form with a test on the 55-day SMA around $0.00003395.