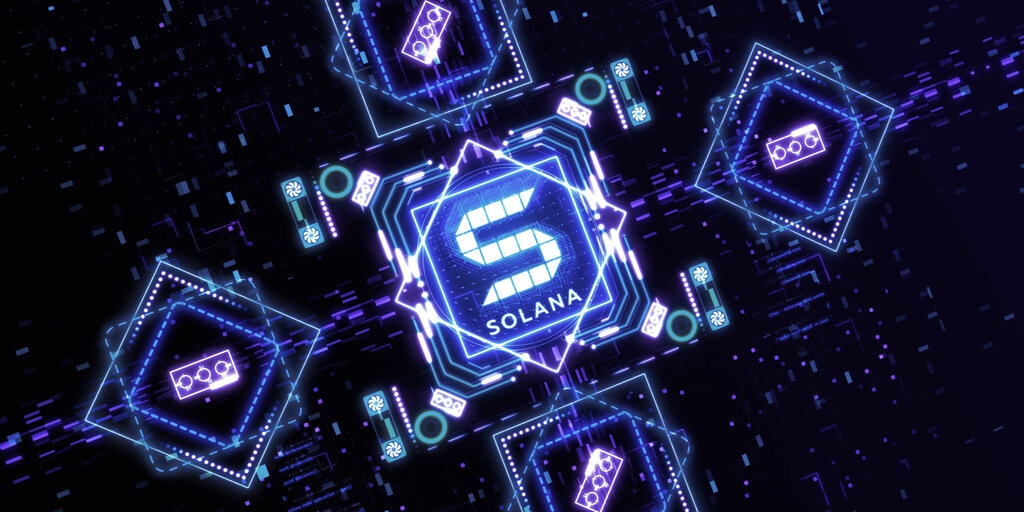 Almost all tokens based on the Solana (SOL) blockchain network, including Serum (SRM), Step Finance (STEP), Bonfida (FIDA), and others, are suffering losses today—alongside the rest of the crypto market.

Solana is a blockchain that was designed for highly scalable decentralized applications (dapps). According to its developers, the blockchain can reach a maximum throughput of more than 50,000 transactions per second and block discovery times as low as 400 ms.

Collectively, the Solana ecosystem assets are down roughly 3.76% over the last 24 hours on average, slipping by about 12% during the past week, according to data from crypto metrics platform CoinGecko.

At the time of writing, SOL itself is trading at around $29, down roughly 3.3% on the day. SOL’s market capitalization currently sits at around $8 billion with a daily trading volume of nearly $379 million.

SRM, the native token of Solana-based decentralized exchange Serum, has slid down to $2.96, losing 6.1% of its price in the last 24 hours. Meanwhile, the native token of automated market maker Raydium, called RAY, is wallowing around $3, down 4.5% on the day. SRM and RAY currently have market capitalizations of $148 million and $169 million, respectively.

So far, portfolio management dashboard and transactions aggregator Step Finance (STEP) has suffered the biggest loss among Solana-based cryptos. The price of its token dropped by 7.6% today, trading at around $0.179.

What is Solana? A Scalable, Decentralized Network for Dapps

The native token of Bonfida (FIDA), a project that touts itself as “the flagship Serum GUI” that “bridges the gap between Serum, Solana, and the user,” has similarly dipped by 3.8% in the last 24 hours and is currently trading at $1.52.

Meanwhile, DeFi brokerage service Oxygen (OXY) and asset management platform Solrise Finance (SLRS) stand somewhat apart from the rest of Solana’s flock. It looks like OXY is mostly indifferent to the sudden market dip as the token has dropped by just 0.6% and is trading at $1.39.

As for Solrise Finance, not only did its price not fall with the rest, the token has actually posted a daily gain of 8.4%, reaching roughly $0.255.

21 thoughts on “Solana Ecosystem Tokens Drop 12% In A Week”