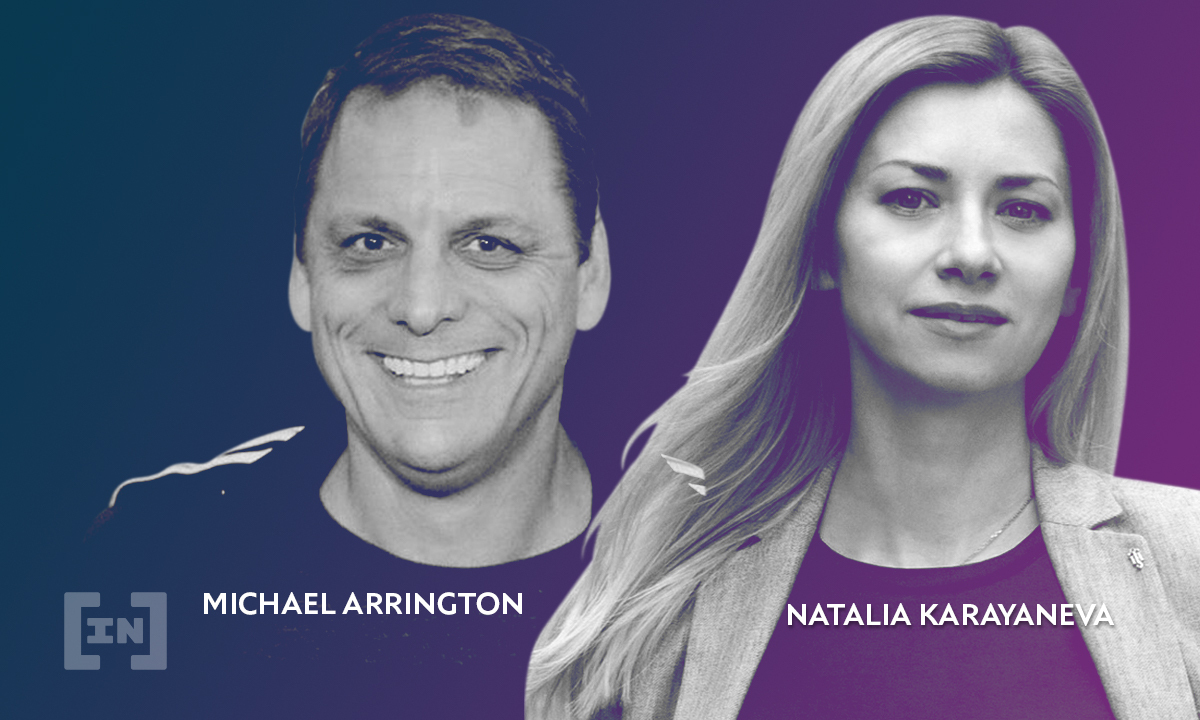 NFTs have been big in 2021 but are mostly relegated to the world of digital art. This has been hugely successful but also brought up questions about other real-world applications for these tokens.

Some have speculated ways in which the ownership inherent in NFTs can be applied to various spaces. However, much of this has taken place online, with a big focus on using NFTs to provide ownership to virtual products. These include items like clothing or weapons to virtual real estate.

Now, Karayaneva and Arrington are providing a real-world answer, with the first-ever real estate NFT.

Arrington’s studio apartment in Kiev is about to be sold as an NFT to the highest bidder. Starting at $20,000, the collection includes access to ownership transferred paperwork, the apartment picture, and a unique digital artwork NFT by Kiev artist, Chizz.

This is also no average apartment. Arrington bought the property as part of the first-ever blockchain-based real estate sale back in 2017 by Propy.

How to make a property an NFT

Figuring out how to make real estate into an NFT was the challenge that faced Propy and Arrington during this process. While it may just seem like the title deeds could be tokenized, this is not the case.

Rather the solution found was to make the property hold the title in a legal entity, an LLC, or a trust. From here, Karayaneva’s company helps draw up the paperwork to create the NFT.

“We’ll send the paperwork to the transaction platform on Propy, the homeowner will sign this paperwork, and this paperwork will ‘NFT the property,’” she explains.

However, once completed, the property can only be transfered as an NFT. Karanyeva explains,

“The only way the homeowner can transfer the property in the future will be only the NFT, the owner won’t be able to sell it traditionally, or just put other owners in the LLC paperwork. But the main thing is that once they sign this paperwork on our property transaction platform, this homeownership will live on-chain on the NFT level, it’s all digital, and it was exclusively on the NFT.”

Having the property as an LLC is a key shift in property ownership and sales.

“This is the fundamental change we’re doing in the real estate industry where we have detached homeownership from the county. Once the county has the record of the LLC, then all the future trades are happening via property, changing the LLC owners,” says Karanyeva.

“So we don’t sell it from LLC to another LLC, but rather we change owners of this LLC. Thus, we are fully independent of county records and the title of the ownership.”

“Transfer is done fully using data via blockchain, which means it’s immutable. It’s unhackable, and so on.”

Building a proof of concept

For Arrington and Karanyeva, this first-ever auction is a proof of concept. It is an initial test to see if all the legal issues have been worked out, and whether it is a viable method of transfer.

“I think that this first proof of concept can absolutely change the paradigm of homeownership. And right now, we’re creating a new way to transact home homes in the United States,” says Karanyeva.

Despite being in Ukraine, the property is owned by a U.S. entity – Arrignton’s LLC. This means that the legal framework in which the sale operates is from the U.S. As Karanyeva says:

“Once we do this proof of concept, and it’s successful, it means that we are just ready with a legal framework for any US-based property.”

“The lawyers are inventing new law here. And so we have to see how this plays out. And that’s why this is a proof of concept on the legality of the transfer,” says Arrington.

When it comes to both NFTs and real estate, however, there is a concern about how practical large-scale adoption is. Real estate ownership is notorious for being a sign of wealth, with property prices reaching incredible heights worldwide.

In addition, while NFTs aren’t exclusively expensive, the big-name sales have been into the millions. The most expensive NFT ever sold continues to be Beeple’s compilation artwork, sold for $69 million. This price could easily buy some of the world’s luxury properties.

So, with these two arenas that provide the possibility for serious expense, how can mainstream adoption occur?

According to Arrington, this is possible but with some caveats. He explains:

“I mean, if this process goes smoothly, and the transfer occurs, and the government’s don’t come in and blow it up – which we’re fairly confident is what’s going to happen – then okay, precedent for this to be done at scale, and there are properties willing and able to do that.”

He also sees this as a gateway to even more use-cases inside DeFi. These include other financial tools like collateralized loans and peer-to-peer mortgages.

Alongside the legalities, Karayaneva considers education around this new transfer process.

“I think eventually, this is the opportunity. There is a lot of work to do on education, and bringing awareness to the real estate industry.”

“So the last two years, we’ve actually invested heavily into awareness amongst the traditional industry participants, so they adopt this new concept,” she says.

“We have tremendous interest from real estate agents to learn about a couple of items about how to transfer real estate when the payment is done via cryptocurrency.”

Following this first auction, Karayaneva says there are plans for even more but next time in the U.S. Propy has around 30 properties that have applied to be sold as NFTs.

However, this is dependent on demand, which in turn requires an increase in understanding and acceptance.

“We believe we will educate realtors, real estate agents to start recommending buyers and sellers to acquire properties via LLCs. And when they will start acquiring and selling them at the LLCs, it’s the simplest plug into NFT,” she says.

“I think they will be willing to do it via NFT/LLCs. So it could become a norm in the United States to sell and acquire real estate via NFT/LLCs.”

The post TechCrunch Founder on Selling His Apartment as an NFT in Groundbreaking Deal appeared first on BeInCrypto.