The reason is the deduction of coins that were lost and that did not move for a long time. The realized capitalization has been moving at an accelerated pace since April 2019. On May 15, it reached an all-time high of $ 377.795 billion. This happened about a month after market capitalization reached its all-time high.

RC has been moving down since then and is currently at $ 362 billion. This means that participants sell coins at a loss, which will cause the RC to fall. Since its all-time high, the market has lost about $ 15 billion.

A closer look at the historical movement of this on-chain indicator shows that the MC fell below the RC in December 2018 and in March 2020. These two periods also marked the bottom. In December 2018, the MC remained under RC for five months, while in March 2020 it was less than one month. 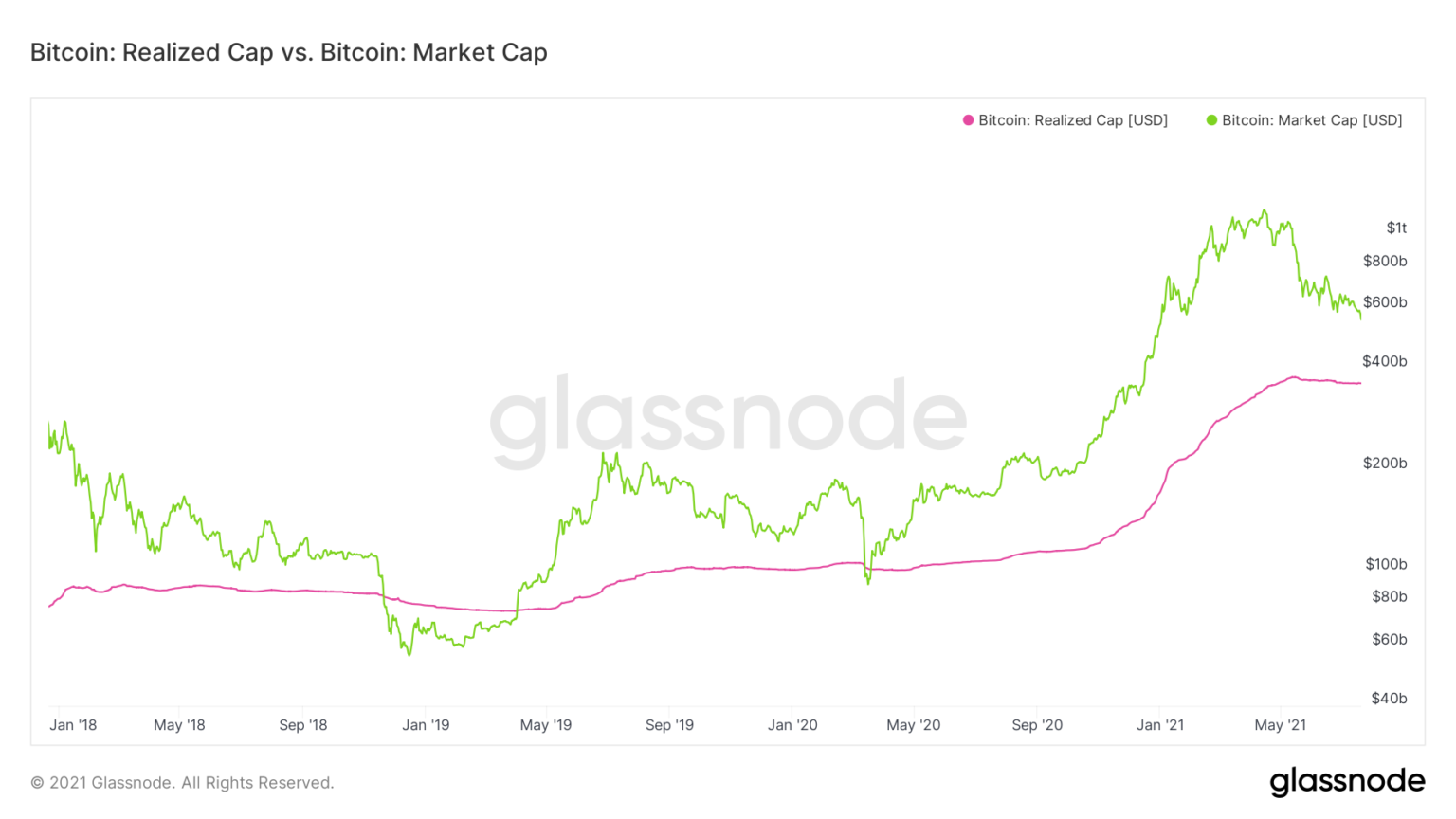 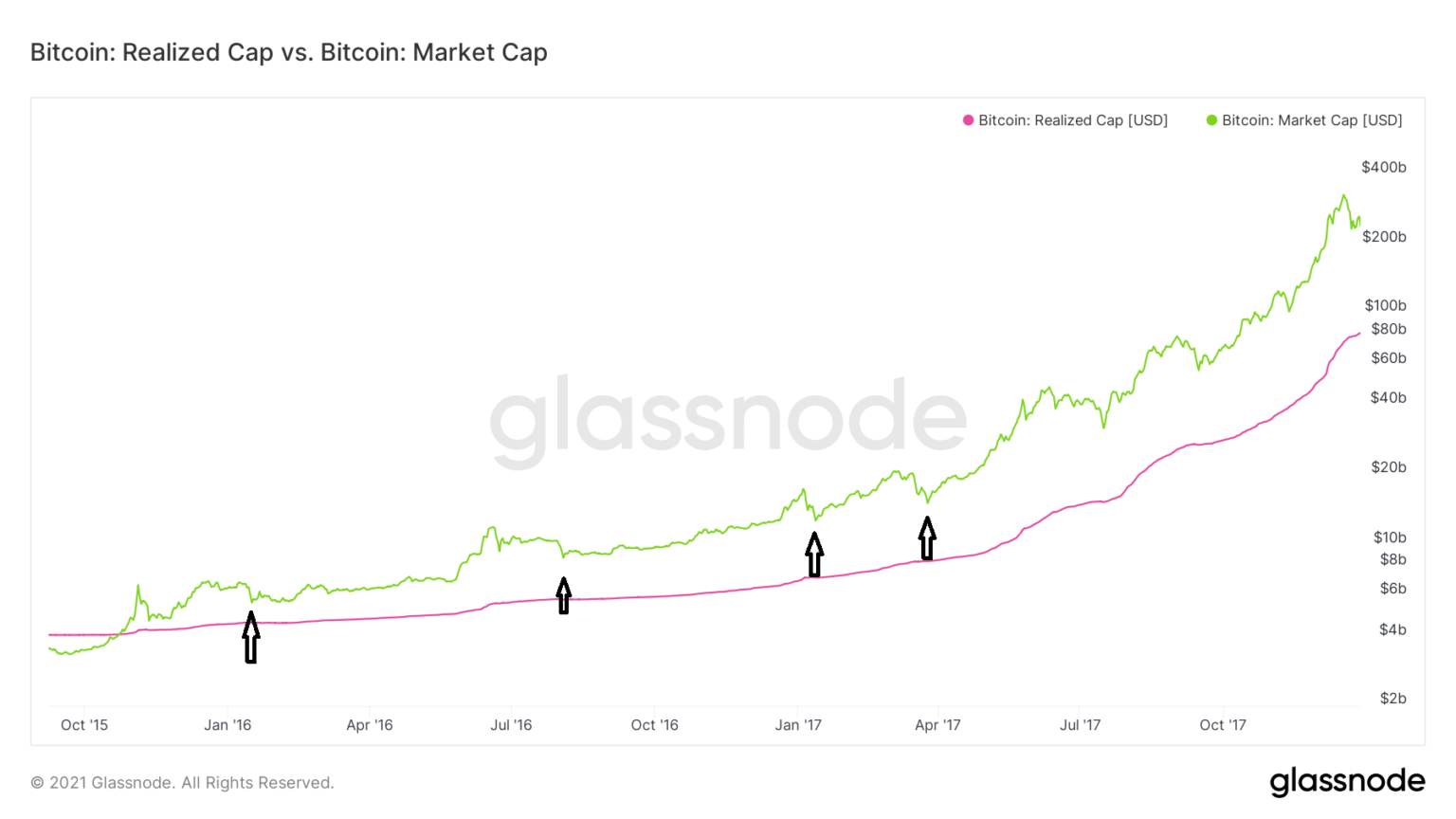 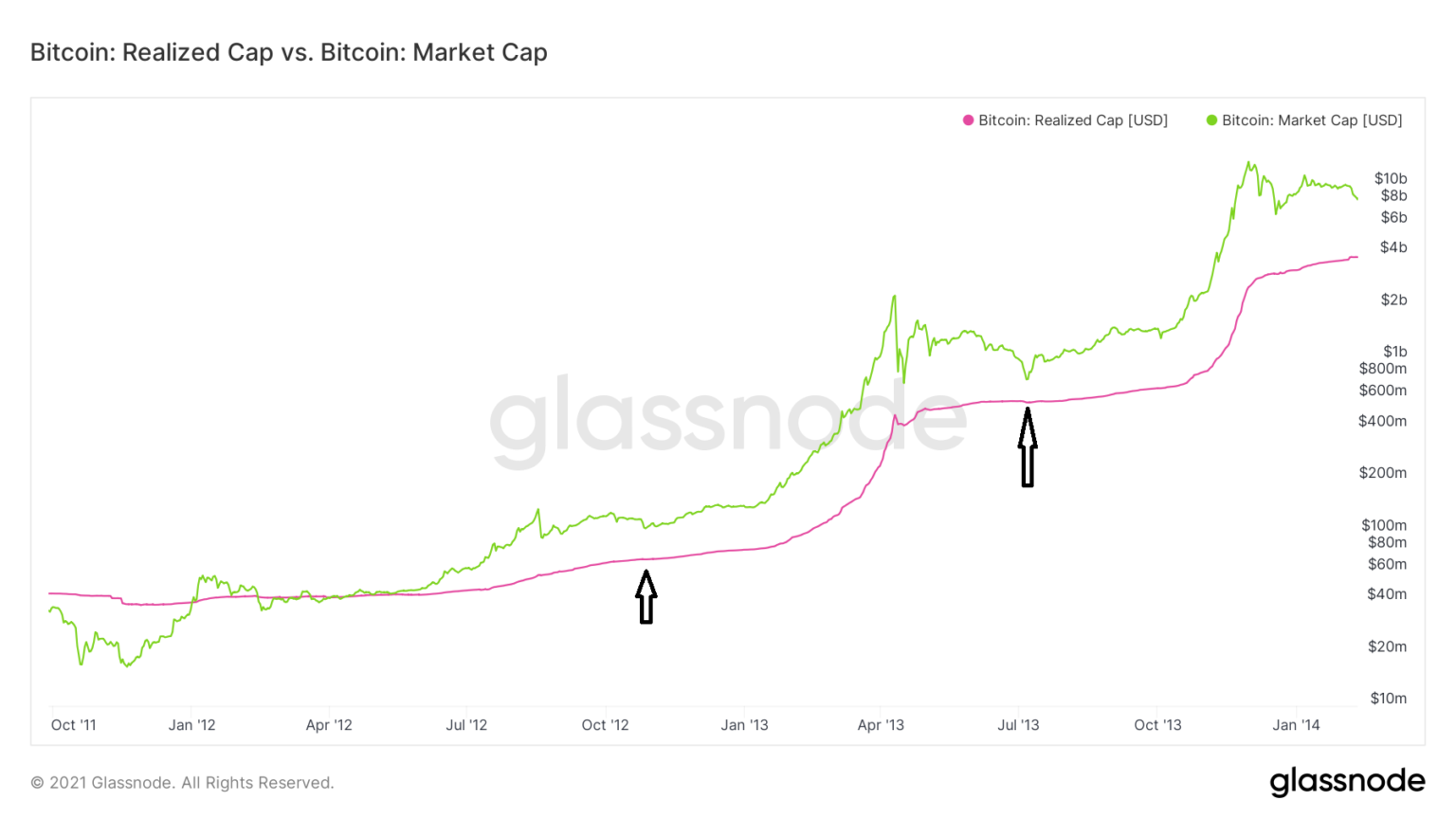 In conclusion, these data show that the current bull run was marked by much higher sales at a loss than previous upward movements, and therefore there was a significant decline in RC. In addition, the current RC / MC ratio may indicate the local bottom.

The end to ‘BTC tourism’ thanks to cryptocurrency decline

BTC price will triple; check when

Ethereum: The Merge is near with the launch of Sepolia Testnet