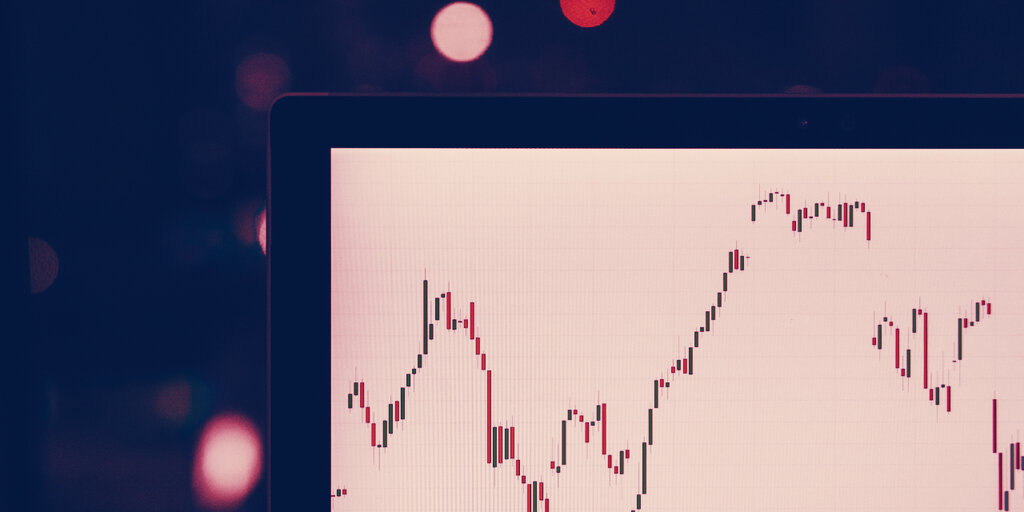 Volumes on Ethereum-based decentralized exchanges have fallen off a cliff this month. Trading volume is down 41% in the past 30 days, according to data from a dashboard on metrics site Dune Analytics.

Weekly trading on decentralized exchanges peaked at just over $8 billion on August 31, then later reached a monthly high of $6 billion on September 14. But weekly trading volumes have since fallen to just under $3 billion, as of October 12, the most recent data the Dune Analytics platform has data for. That’s a decrease of more than 62% since that late summer peak.

Decentralized exchanges are non-custodial cryptocurrency exchanges. The protocols do not hold custody over your cryptocurrency. On some, such as market leader Uniswap, it’s possible to list any token at all; it’s decentralized, so regulators can’t shut it down.

DEXs boomed in popularity amid this year’s decentralized finance boom; starting about the end of June, people invested billions of dollars into DeFi lending protocols and exchanges to take advantage of the high incentives they offered to users, sometimes upward of 1000% yields.

But the boom wasn’t to last and everyone knew it: to keep the magic going, protocols offered more and more incentives to entice people to use their platforms; many didn’t stick around once the protocols ran out of runway for their incentives, data shows.

Even trading volume on decentralized exchange Uniswap has dropped, despite its ever increasing dominance over the market. Daily trading volumes peaked for Uniswap at just shy of $1 billion on September 1 to $234 million yesterday.

Of the decline in trading volumes, Xu said that there are various factors at play, but that “one of the major reasons is that people are not earning as much yield right now, just because these crazy ‘yields’ are not sustainable, and often comes with significant risks.”

Now, things have cooled: “The market is now returning to a more rational level, thus the lower DEX trading volume,” he said. “When the market cools down a little, these yields will be adjusted accordingly to reflect market consolidation in a healthy way.”

The amount of money still staked in DeFi smart contracts has not vanished alongside the decline of trading activity on decentralized exchanges.

Uniswap’s liquidity—the amount of money its users have staked on the platform to facilitate token swaps (and earn fees)—has increased, from about $1 billion in the middle of September to about $3 billion today.

Some of that can be attributed to the recent crypto price boom, but the amounts of ETH, BTC and DAI locked in the exchange has increased, according to data from DeFi Pulse; at the end of August, when trading volumes were at their highest, there was 800,000 ETH locked in the exchange (then worth about $381 million). Now, there’s about 3.2 million ETH ($1.3 billion).

And the amount of money invested in DeFi smart contracts is also on the rise; it’s about $12.3 billion, according to metrics site DeFi Pulse, and has never been higher.

Some of this, however, is also attributable to the recent increase in prices. Ethereum, which spent almost all of last month and most of this month at around $360, yesterday nosed above $400 for the first time since the start of September. The amount of ETH locked in DeFi, however, fell from about 9 billion on October 20 to $8.9 billion today.