While at the end of 2021 the terms NFT and Metaverse were very insane, data from the beginning of the year suggest that investors’ interest in this type of investment has weakened significantly, at least for the time being.

According to Google Trends – Metaverse the greatest interest in searching for this word was recorded between October and December 2021. However, from the beginning of 2022, it began to decline and reached its lowest point this month. From the graph below it can be read that a similarly declining trend can also be seen in the concept NFT. 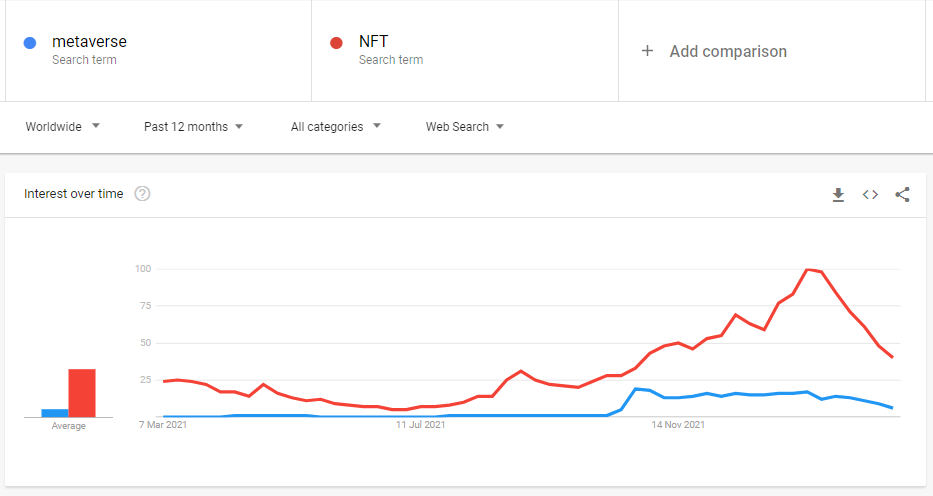 As for the data for the last 12 months, the greatest interest in Metaverse was in Turkey. China and Singapore followed, followed by Cyprus and Lebanon.

In case NFT this term has been the most sought after in Singapore over the last year. This was followed by Hong Kong, China, Canada and the Philippines.

The declining interest in these keywords can be attributed mainly to a combination of two factors – the overall decline in the crypto market as such, which usually makes the altcoin scene even less successful than BTC, and especially the increasingly tense geopolitical situation for the war in Ukraine.

According to data from Google Trends, it is clear that during the war in Eastern Europe, people are beginning to be more inclined to other more serious topics than to speculative things about the NFT and Metaverse. This may probably change only when the geopolitical situation calms down.