The Crypto Carbon Ratings Institute (CCRI), a research startup focused on the environmental impact of cryptocurrencies, has published a report on the energy consumption of the largest Proof-of-Stake cryptocurrencies. On average, Solana cryptocurrency (SOL) performed best on the transaction.

In its study, CCRI followed the largest PoS blockchains – in addition to Solana, also Cardano, Polkadot, Avalanche, Algorand and Tezos. Of these cryptocurrencies, Cardano currently has the largest market capitalization, but it is also a blockchain that consumes the most energy per transaction.

According to the CCRI, Solana needs only 0.1166 watt-hours (Wh) per transaction, while Cardano “up” 52Wh. Interestingly, however, if consumption is converted to a single node, Cardano nodes consume the least amount of power from the monitored PoS blockchains.

Note: Solana has much fewer nodes than Cardano, which means that in this sense it is significantly less decentralized. 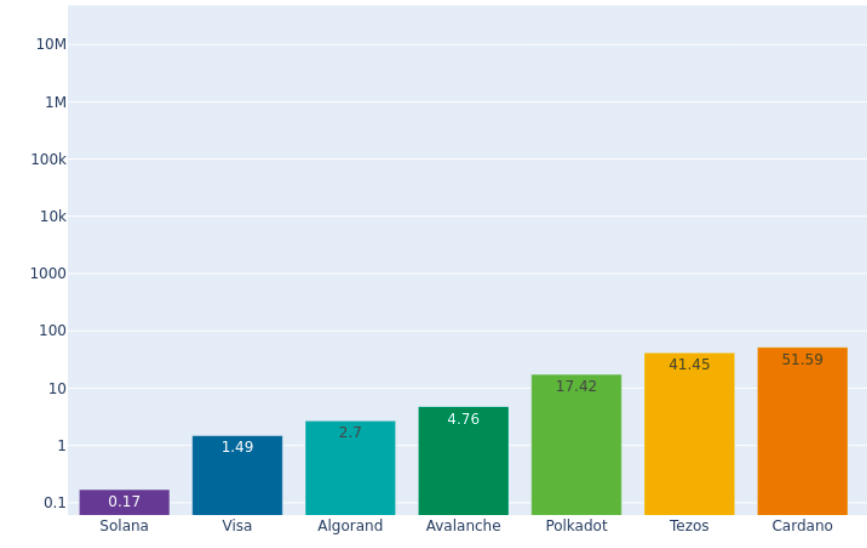 The study’s authors add: “Hardware itself requires electricity just to turn it on. The same applies to running software without making transactions. If the number of transactions now increases, electricity consumption will also increase, but the share of one transaction will decrease. That’s why we expect this to be the case for every blockchain in our study. “

This text suggests that Cardano currently has the highest energy consumption per transaction, mainly because it paves the way for greater decentralization – ie more nodes.

Solana produces the most CO2

Solana is by far the most actively used blockchain of the monitored PoS blockchains, which means that although its consumption per 1 transaction is the lowest, it still has the highest energy consumption among PoS cryptocurrencies. According to the CCRI study, it emits 934 tons of carbon dioxide (CO2) equivalent, compared to 33 tons for the cryptocurrency Polkadot. 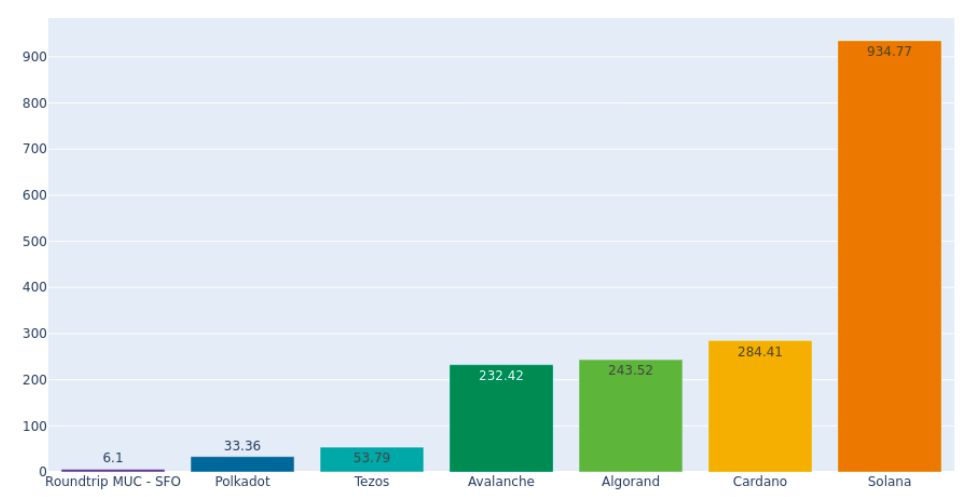 However, critics of PoS, especially Bitcoiners, point out (ETH plans to switch to PoS, BTC does not) that this concept may be less secure, but mainly prefers strong players over weaker ones, as large players who accumulated coins in the initial phase of these cryptocurrencies are enough just “stack”, for which they receive more and more coins. Thus, unlike BTC miners, they do not incur any additional costs in connection with this.

Expert points out where Shiba Inu and Polkadot go