The most recent report published by the Global Legal Research Directorate (GLRD), of the Legal Library of Congress, showed that in 51 countries, cryptocurrencies face some form of ban.

THE Publication updates a more comprehensive 2018 report on the regulation of cryptocurrencies worldwide. Additionally, the version adds the United States to the jurisdictions surveyed.

The report focuses on two topics. The first is the legal status of cryptocurrencies. That is, whether they are explicitly or implicitly banned in a given jurisdiction.

Second, the table shows the legal framework around cryptocurrencies. In particular, it highlights the tax, anti-money laundering and anti-terrorism financing laws relating to cryptocurrencies.

The report highlights that, since publication in 2018, the number of countries that have issued bans on cryptoactives has increased significantly.

According to the report, the 9 countries that have absolutely banned cryptoactives are: Algeria, Bangladesh, China, Egypt, Iraq, Morocco, Nepal, Qatar and Tunisia.

China’s ban, in particular, impacted not only the price of BTC at the time, but also the mining of cryptocurrencies.

Brazil, in turn, belongs to the group of countries where there are no restrictions, which also includes: United States, South Africa, Sweden, Switzerland, United Kingdom, Venezuela, Angola etc. 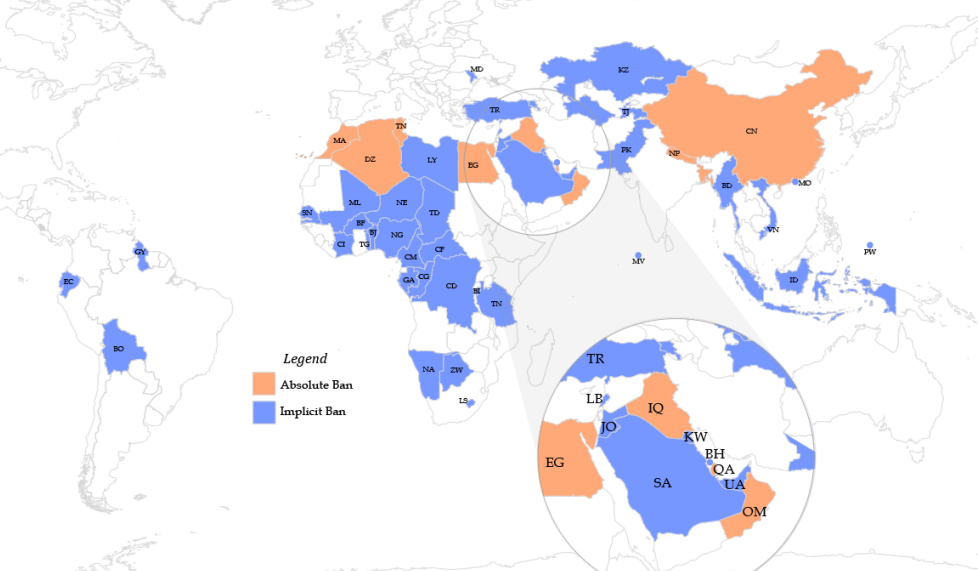 Finally, there are 21 countries that do not apply laws to combat money laundering or terrorist financing in the crypto industry.

Brazil is on this list, along with Bolivia, Cape Verde, Ecuador, Indonesia, Nigeria, Jordan, Pakistan, Kazakhstan and others. 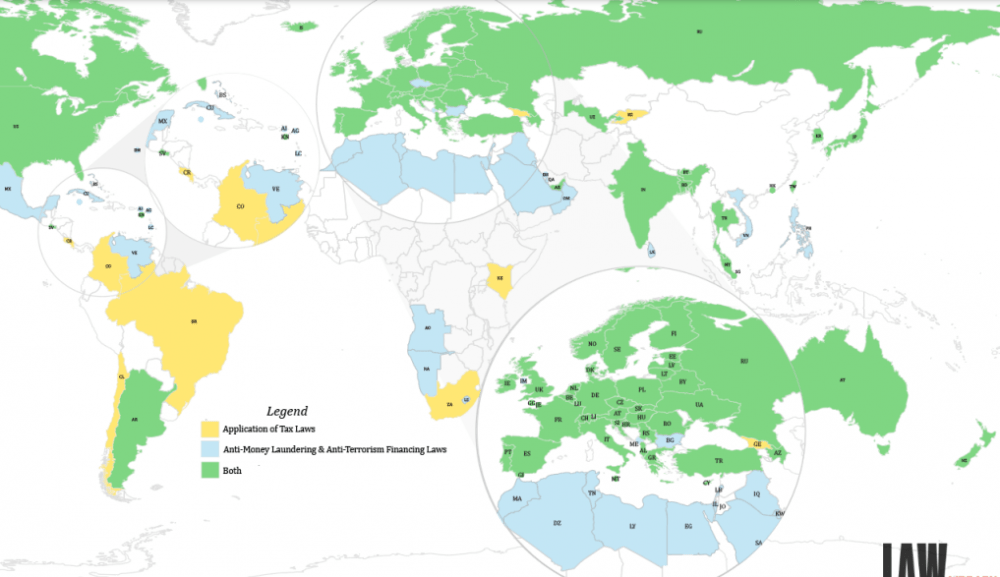 ETH co-founder will help Dogecoin with Proof of stake algorithm