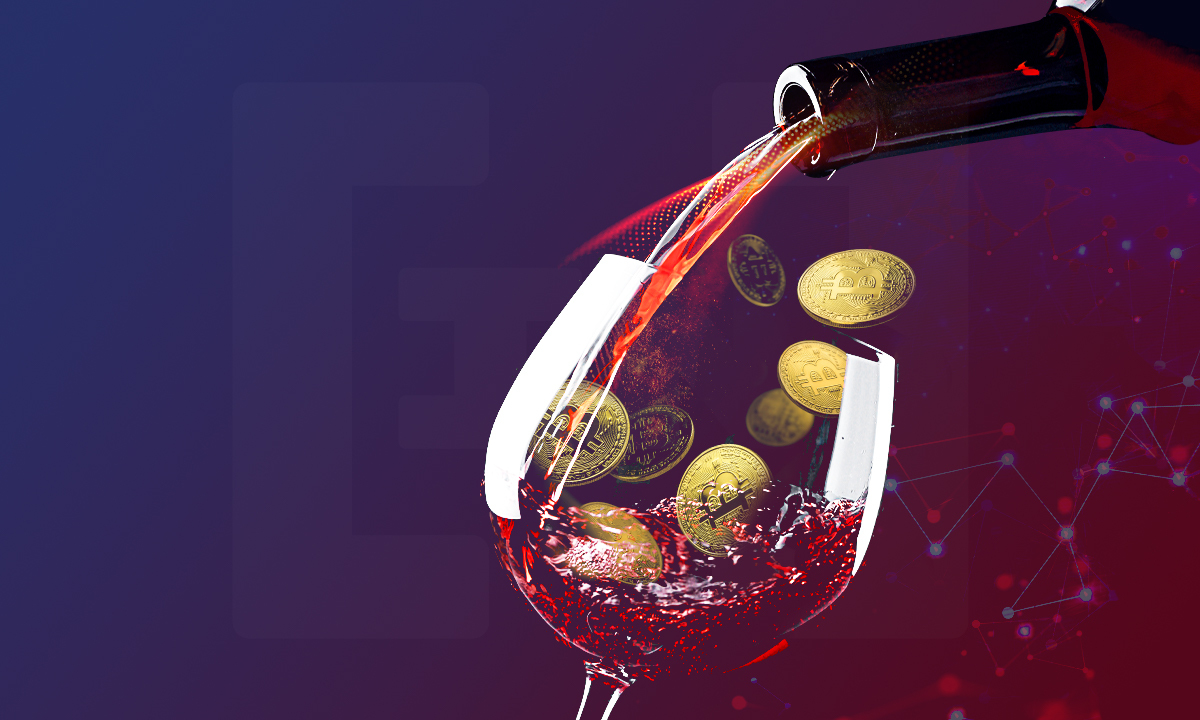 Cryptocurrencies and blockchain technologies are expanding out from the tech sphere into different sectors, including the alcohol industry.

Brewers, distillers, and wine-makers increasingly embrace new technologies for both better taste and profit. Some are turning to cryptocurrencies and blockchain technologies.

Jean-Christophe Gallois, the company’s director, said, at first, this would be limited to BTC (BTC) and ETH (ETH). Still, the possibility remains that more cryptocurrencies could be accepted in the future.

This is not the first French wine merchant to get into the crypto game. Another French merchant has also been seeing major returns during the latest BTC bull run. BTC Wine, an online retailer, run by Lasserre & Papillon, is a Bordeaux-based company that sells wine exclusively in BTC.

However, France isn’t the only country where alcohol and crypto have joined forces.

“Tokenization of wine assets enables us to expand our private collector investor base to new private and institutional investors interested in fractional ownership in distinctive real assets. This provides them the opportunity to hold, trade or request a physical settlement of this unique asset in an efficient manner,” Alexandre Challand, Fine Wine Capital co-founder, explained.

Another European alcohol brewer also joined in on the NFT craze. Irish whiskey distiller Kinsale Spirits’ is offering a rare 20-year old single malt as part of its alcohol NFT auction. By creating legally binding, easily trackable digital assets ownership, the measures may set a precedent for this up and coming space.

The rare cask is one of the few that remain from Cooley’s original distillery in Louth. Described by the sellers as a rare piece of history, the whiskey, “Pallet No. 14730,” is from 2001 and resides in an ex-bourbon barrel. Commenting on the development, a co-founder of Kinsale Spirits, Ernest Cantillon, said:

“I would be hopeful that bidders in Asia, in particular, could be interested in this. It is a rare whiskey which in itself makes it a good investment but then of course if it captures the imagination then hopefully we get many multiples of its face value.”

In the United States, the country’s oldest wine shop announced it would start accepting cryptocurrencies as payment. Established in 1820, legendary wine shop Acker houses the largest rare and fine wine auction house in North America. Acker seems to be proud to accept this novel form of payment, with Acker chairman, John Kapon, saying:

“Cryptocurrency is here to stay, and we are excited to offer these additional options for payment in this ever-changing and shifting world. We look forward to growing our already robust network of wine lovers and making more exciting announcements in the digital space soon.”

However, alcohol producers and merchants aren’t the only cryptocurrency enthusiasts in European business. There is a growing trend towards cryptocurrencies in both the public and private sectors in Europe as a whole.

Chairman of the European Blockchain Association, Michael Gebert, explains how businesses are turning to blockchain technologies to address problems facing their companies. However, he points out that the region overall is still more conservative than other parts of the world.

“While European companies have identified breakthrough ideas on how blockchain could solve some of the most pressing problems in business and society today, according to our observations, there is a huge gap in their progress toward turning those ideas into reality, particularly from a strategic viewpoint.”

Interest by the government is also ramping up. The country’s central bank, Banque de France, started trials of its own central bank digital currency (CBDC), the first such trial in Europe.

Gerbert points out that these kinds of trials and interests are important for the growth of cryptocurrencies and decentralized finance in the region.

“Policymakers and regulators need to progress in assessing whether existing policies and laws are fit for purpose or if new frameworks will be required,” he says.

Overall, interest in crypto continues to grow across sectors. The alcohol industry is just one of many proving the benefits of looking to the blockchain for solutions and trends.

The post Alcohol Industry Is Embracing Crypto, From Payments to NFTs appeared first on BeInCrypto.