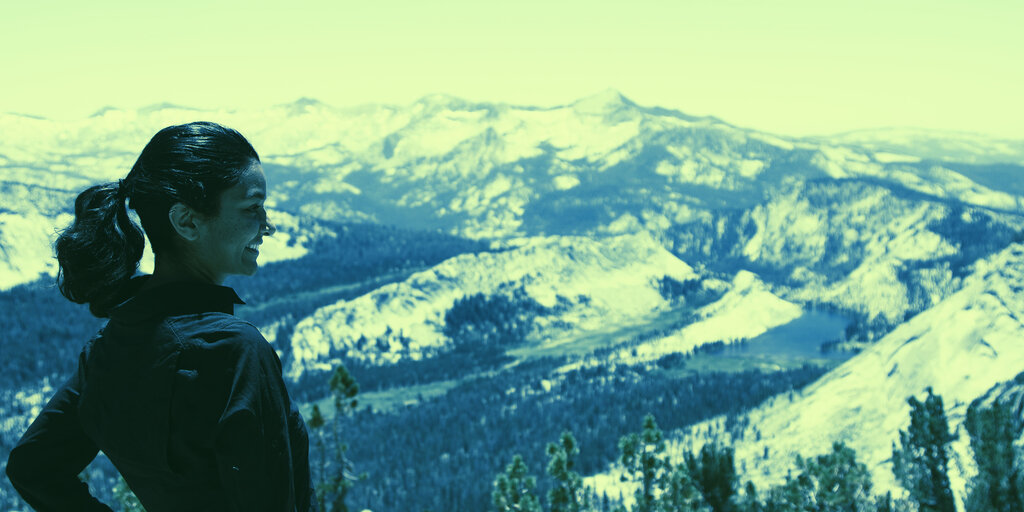 Amiti Uttarwar was taken aback when she learned, in 2018, that Bitcoin had no female developers. Not long out of Carnegie Mellon, Uttarwar had worked as a software engineer at a series of startups before winning a job at crypto exchange Coinbase. But her eye was on a bigger prize: to become one of only a handful of developers maintaining and improving Bitcoin’s code.

Her determination was rewarded earlier this year when she became the first known female dev (anonymous contributors notwithstanding) to work on Bitcoin core, and the recipient of a highly coveted $150,000 development grant from crypto exchanges BitMEX and OKCoin.

Uttarwar’s passion and ambition have propelled her to the ultimate prize: responsibility for a cryptocurrency with a market cap of $300 billion. Her technical ability is plain to see, but what’s truly inspirational is her honesty, her eloquence, and her potential as a driver for diversity:

“I realized that this is an area that I could have an impact,” she told Decrypt, on a recent call from her home in the Bay Area. “It’s very important that I do the technical work and I am a contributor. But I also realize that I am in a position where, just by virtue of putting myself out there, it could attract more diverse contributors.”

Uttarwar’s parents are from Maharashtra, in western India, and her father is a tech entrepreneur who settled his family in the Bay Area and Silicon Valley.

She grew up surrounded by innovation and quickly demonstrated an affinity for puzzles, games, and then coding.

In 2014, she graduated with a BS in Information Systems from Carnegie Mellon, and then worked at a variety of Internet startups, before winning her software-engineering dream job at Coinbase.

There, she became increasingly fascinated by Bitcoin. And, in 2019, with her employer’s agreement, she began a residency at prestigious Bitcoin development center Chaincode Labs.

“I wanted to challenge myself and also make an impact. The idealist in me wants to be building a better future,” she said. “Whether in this lifetime or next, we will have a global digital currency, and Bitcoin is the kind that I’d like to see because of its inclusive nature. Regardless of whether it ‘succeeds’ or not, I know that the lessons we’re learning from Bitcoin are going to influence the type of global currency we see.”

Uttarwar had found her calling and, while she had to give up a great job and take a pay cut, there was no going back. Following her Chaincode residency, she quickly established herself as not only a first-rate developer but also an outstanding communicator and force for progress.

At first her work—through most of the past year—was sponsored by Hong Kong-based crypto wallet and banking company Xapo. Then came the coveted BitMex/OKCoin grant. Currently, she’s one of only around 21 full-time Bitcoin devs to receive funding. She estimates that 30-40, mostly sponsored, devs currently contribute to the code. (And more are focused on open-source Bitcoin projects at Lightning Labs, Blockstream, Square and other startups).

Uttarwar’s developmental focus is on Bitcoin’s peer to peer layer. “So this is basically how do you choose which nodes to connect to? How do you pass the messages that they send you,” she explained.

The work she’s proposed to date falls into two areas: the first is about improving privacy—reducing the speed and frequency of message rebroadcasts of unconfirmed transactions, for instance.

“Bitcoin code development is hard. Really hard,” Kraken’s Dan Held told Decrypt. “Despite that harsh environment, Amiti charges forward with an ever-optimistic drive to make Bitcoin ready to be the foundation of the financial system.”

But development is not all that Uttarwar does. Alongside other developers—including one of her mentors, Australian Bitcoin core developer AJ Townes—she sits on the Coinbase Crypto Community Fund advisory board. Last month, Coinbase announced its plans to provide grants for two Bitcoin devs.

incase you haven't heard of her yet, @glozow is a

her take on onboarding to core?
"it was like a drug. well, it was like falling in love.."

And, increasingly, she’s involved in outreach, and mentoring people. “I’m trying to help them either advance technically or identify how they can move forward or acquire the resources they need,” she said. One of her mentees is about to graduate from the University of California at Berkeley, and  Uttarwar has helped her secure funding to work on Bitcoin core, so there will soon be not only one fully-funded female Bitcoin dev but two.

A force for diversity in Bitcoin

The world of software engineering is—to its detriment—a homogenous one; in the US, just one in five software engineers is a woman. But studies have shown that a broad range of experiences and perspectives spurs creativity and is invaluable in software development. It could be crucial for a cryptocurrency with a manifesto that promotes inclusivity.

“I don’t think that it’s a toxic culture. I think it’s a very encouraging, discourse oriented, meritocratic one,” said Uttarwar. “But there’s this disconnect of, you know, it being dominated by one group of people.”

That’s something she’s determined to change. “I hope to see more and more women, and not just women, people of different backgrounds getting involved and participating,” she said. “Maybe some more feminine traits—of allowing vulnerability, a little more room for skepticism and empathy—would strengthen the community.”

Bitcoin needs more people from different backgrounds, from different levels of wealth, “because cultures are really influential to how we make decisions. And money is so deeply embedded in all aspects of life,” she explained. And the impact of Bitcoin development decisions on some cultures can be misunderstood.  She said she recently learned, for example, that, in Dubai, Bitcoiners don’t actually desire more privacy, because “black money” is associated with the ruling elites; a traceable digital currency, by contrast, would provide accountability. “I found that just shocking, so different [from] the common narratives,” she said.

She recognizes that getting involved is prohibitive for some cultures, where the time needed to learn about Bitcoin is a luxury people can’t afford. “In many places in the world, that’s a steep initial cost that needs to be paid in order to become a full-time contributor,” she said.

bitcoin core has the most discourse-oriented, meritocratic community structure that I've ever participated in

the hardest part of contributing to bitcoin is not technical, its emotional

And “the hardest part of contributing to Bitcoin is not technical, it’s emotional,” she tweeted recently.

Bitcoin development is on the other scale of the spectrum from a traditional career, characterized by linear progression, she explained. That means devs need to be resourceful; they must find their own sources of funding and it’s a very low feedback environment.

“It’s a career choice that relies on emotional regulation to maintain the focus and confidence needed to work on Bitcoin code, and many people struggle with that,” she said; some people kick back at the slow and steady rate of progress or in the face of unfavorable reactions to their work. “You need to manage your own ideas of success and progress and the value that you’re deriving or offering. It’s a really hard thing,” she said. “It comes down to regulating yourself and creating a sustained way to have focus and make meaningful contributions.”

When it comes to Bitcoin adoption, Uttarwar believes it’s crucial to cast a broad net: “There’s a ton of education that needs to be done to teach people how to look after their funds and the keys they need to unlock them,” she said.

Join DiV this Sunday on the Meet the Boss Session with Amiti Uttarwar. She will be taking us through an introduction to Bitcoin.

You can't miss this!

“What makes Bitcoin really beautiful to me is the fact that it’s inclusive by nature,” she added. “In a digital age, all of the currencies that we’ve seen are exclusive by nature. They’re built on these ideas of trust that are well defined and controlled by a small group of people. The exclusive system is great if it works, but the moment it doesn’t, then you need an alternative. And Bitcoin, I think, is a really powerful alternative,” she said.

But she’s also a skeptic: It’s in no way inevitable that there’s going to be a more fair wealth distribution,” she said. “If only the people who have become wealthy on our existing financial system transfer their wealth over to Bitcoin, then we’re not changing anything.”

And having Bitcoin exist as a viable alternative digital currency is more crucial than mass adoption, she said. To illustrate her view, she pointed to use cases from a sex worker in America who can’t get a bank account, to a freedom fighter in Belarus who can’t access their funds and an Iranian woman who is legally unable to control her own wealth. There are plenty of more prosaic examples too, she insisted.

And she’s excited by developments that are in progress, such as Taproot, which was implemented into the Bitcoin code last month, and will ultimately give the world’s top cryptocurrency smart contract functionality on a par with Ethereum—unlocking more advanced financial contracts and driving more usability.

“We’re putting in place the infrastructure to play that out in the next, maybe, five to 10 years. It looks like it’s going to take a while. But these are huge, huge leaps of building the foundation,”  said Uttarwar. “It’s going to unleash all the things we’ve seen from different cryptocurrencies—that can be unlocked with a blockchain as a base layer. Those will be much more feasible on Bitcoin,” she explained.  “You know, it might be painfully slow—like most of Silicon Valley has moved on because Bitcoin is boring now—but we go really slow and make a super sturdy, robust foundation.”

For Uttarwar, sustainability, and diversity, are what it’s all about.