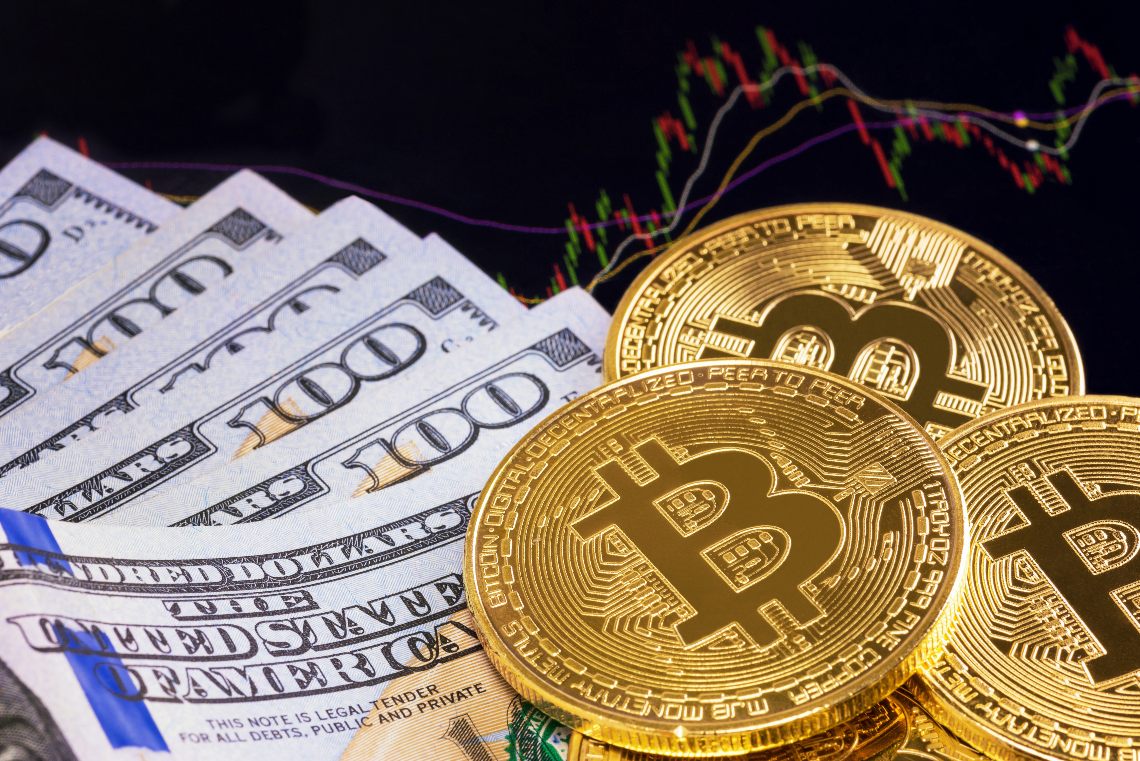 A lively weekend kicks off the new week in mid-October, with Bitcoin above 11,500 USD.

There are over 60% signs above parity. The best of the day are Algorand (ALGO) and REN, both with double-digit increases just over 10%.

For REN, today’s increase continues to strengthen the performance of the last week. From the levels of Wednesday, October 7th, the REN token doubled its value to over $42 cents, ending much of the dangerous decline in September, when it lost more than 70% in three weeks.

The end of the week just passed, with an increase of over 6% for Bitcoin, is the best week since the end of July. Ethereum also did very well with a rise of the same magnitude, although it failed to outperform the gains made between July and August, often with double-digit weekly performances.

The trading volumes were fluctuating over the weekend. After a buoyant Saturday with total trades on the highs since the beginning of the month, Sunday saw a drop in trading of over 45% on a daily basis. Confidence also rose again with the Fear & Greed index rising to 55 points, the highest level since September 3rd.

The number of tokenized bitcoin on the ERC20 protocol continues to increase. In this hour a new record is set with over 144,000 BTC deposited on various projects that support the issuance of a token anchored to the value of Bitcoin that allows use on the various protocols of decentralized finance. WBTC remains the undisputed leader with over 95,000 BTC locked. 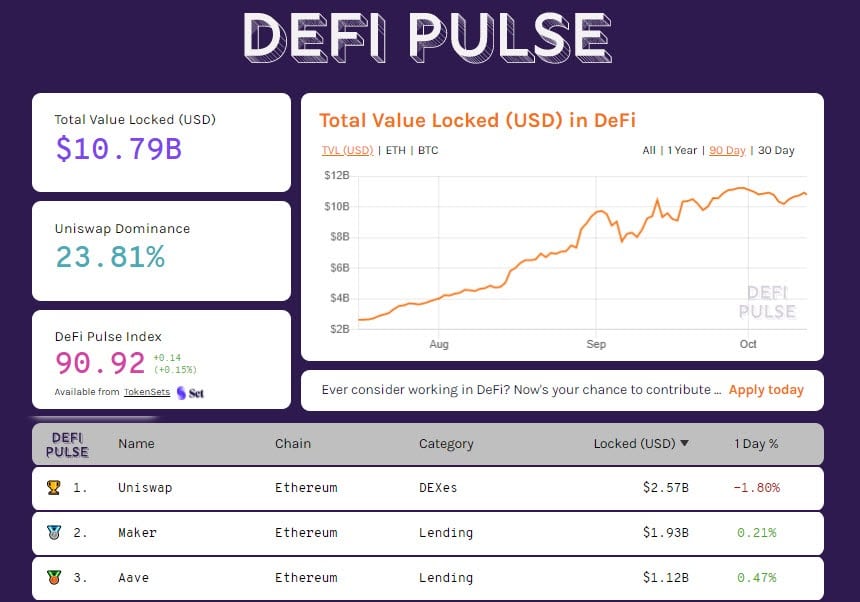 Today the total value of the collateral locked in DeFi remains stable at the levels of the last few days, just under $11 billion. Uniswap’s portion rises to $2.5 billion, followed by Maker and Aave both below $2 billion.

The rises in the last few hours bring total capitalization back above $360 billion, the highest level since the beginning of September. Bitcoin’s market share remains above 58%, Ethereum strengthens above 12% after three weeks, while XRP is down to 3.15%.

The increase of the last 48 hours brings the prices back above 11,500 USD, putting behind the decline that had fallen on the first day of September. The weekly closing above 11,200 USD, former support that triggered the bearish Head & Shoulders at the beginning of September, confirms the recovery started from the lows of Thursday, October 8th with prices in the 10,600 USD area.

If the trend continues over the next few days, the recovery of 11,700 USD would boost investor confidence and consequently the return on purchases. Conversely, a return below 10,800 USD will reawaken bearish speculation.

The bullish trend reflects Ethereum’s prices above 385 USD, a level of resistance that rejected the previous rebound in mid-September. Unlike Bitcoin, Ethereum prices continue to remain caged inside the side channel that has been squeezing the prices of the queen of altcoins since the first week of September.

Only a break above 390 USD will be able to trigger many stop losses positioned to cover the bearish positions opened in recent weeks. This event could bring prices back to test the crucial resistance of the 415 USD, an area where the most important hedges of options traders are positioned.

The post Bitcoin on the rise: value above 11,500 USD appeared first on The Cryptonomist.