The much-hyped and contentious Filecoin project has been live for over a week now. The period has seen plenty of questions and concerns about the project’s economic model while many of its miners were reported to have ceased operations.

The Filecoin mainnet went live on Oct 15, three years after its $200 million ICO. Miners began to offer storage space to the network while investors started vesting the FIL tokens that were purchased during that ICO.

It soon became evident, however, that the economic model was not viable due to the high cost of the hardware required to contribute resources to the network. As reported by BeInCrypto, a large number of miners went on ‘strike’ in protest of the unfair tokenomics that were causing them to lose money.

Industry analytics firm Glassnode has taken a lengthy look at the situation in its latest insights report:

The long-awaited @Filecoin network has finally launched. But immediately after its arrival, there are already claims of a miner strike & failed economic model, amid other controversies.

Will the $FIL ecosystem survive?

Miners Are Fed Up

The report states that the Filecoin team has disputed claims of a miner strike and an illegitimate token release but did confirm that;

The complexity of the Filecoin network requires expensive hardware with a lot of memory costing upwards of $20,000 to mine on the network. The additional financial hit is that FIL tokens need to be staked as collateral, therefore miners need to purchase them beforehand in order to offer storage space.

Citing the network analytics dashboard Filfox, the report added that many top miners are stalling or even reducing their storage capacity. Filecoin founder Juan Benet actually suggested that miners decrease their growth rate to match their token flow, or pause until they can afford to grow steadily. 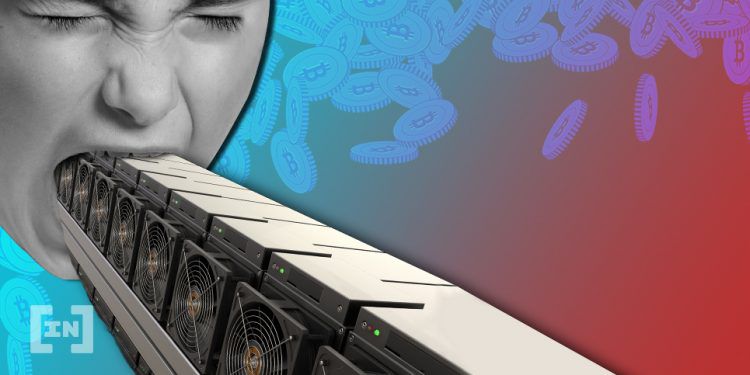 In response to this high entry barrier, the team proposed FIP-004, which would make 25% of storage mining rewards immediately available with no vesting.

The research concluded that Filecoin is facing immense challenges as a result of its economic model;

“Making it difficult or even totally infeasible for all but the most capital-flush of miners to participate.”

It added that there appears to be no strike but more of a ‘hibernation’ until conditions are met that make mining profitable again.

The entire debacle has had the expected effect on FIL token prices which continue to defy crypto market momentum. FIL is currently down 25% to $24 since the start of the week.

This level is the lowest for FIL since its launch. The initial token pump driven by Chinese investor FOMO sent prices skyrocketing briefly to $240. This marks a 90% loss and adds more stress to those miners that have invested time and money into the network.