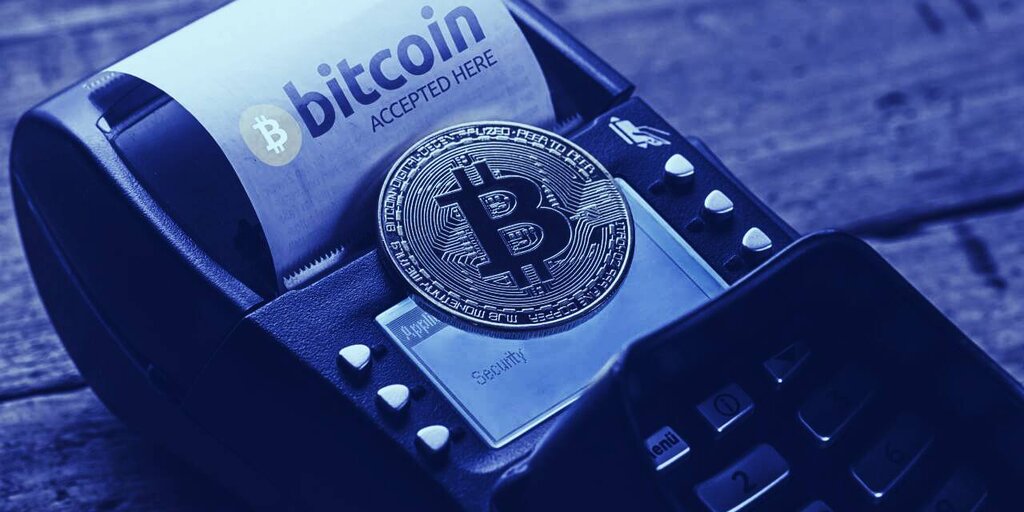 Although it’s often referred to as “digital gold”, Bitcoin was originally conceived of as a “peer-to-peer electronic cash system”. As recently as February 2020, more people claimed that its main use is for online payments rather than for investment, according to a survey by the Economist Intelligence Unit.

With PayPal now enabling its users to buy Bitcoin and pay merchants using crypto, it seems that mainstream use of cryptocurrency for online transactions is only set to grow. So what’s in it for businesses?

When one hears the phrase “crypto payments,” perhaps the most logical image that springs to mind is “a customer directly gives a merchant Bitcoin and receives goods or services in return.”

However, although it’s popular among some crypto-focused businesses, like Bitcoin-themed sock company MtSocks, it’s actually the least popular method of implementing crypto remittances among merchants today.

Speaking to Decrypt, Quantum Economics’ analyst Jason Deane explained that the traditional finance industry is not yet ready to let go of fiat currencies and fully embrace crypto on its own. While there is definitely a positive PR for a company that announces its support for BTC, right now Bitcoin is suited only for the most forward-looking firms.

Decrypt Guide: Where can I spend Bitcoin?

“The reality is that Bitcoin is still hard to accept in its native form at point-of-sale, and systems still have a long way to go to make this slick and seamless. It also creates a number of issues with accounting, both at point-of-sale and in terms of bookkeeping,” Deane noted.

He added that most people are getting around this by ascribing a fiat value at the time of a transaction, but it’s not ideal and it can create additional tax liabilities if Bitcoin is stored and converted back to fiat at a later stage. These issues, combined with wild price swings Bitcoin is known for, complicate the matter even further.

“So, right now, Bitcoin is suited for the most forward-looking ‘cool’ companies, more likely to be an independent than a chain (retail) or publicly owned (corporate), with media presence and a PR angle,” Deane summarized.

However, he added, widespread, native adoption is inevitable. “It could well be that these earlier adopters, while having to suffer the pain of volatility and clunky payment systems, will be seen as market leaders and pioneers ultimately.”

Another form of crypto payments emerged over the past couple of years—crypto remittances that are settled with the help of a corresponding processor. This method allows merchants to accept digital assets from their customers, but ultimately receive fiat for their goods and services.

Using this method, a customer indeed pays with crypto, but those coins don’t go directly to a merchant. Instead, a payments processor receives them, turns them into fiat and then sends those funds to their client. This way, while the payments may still be considered “crypto,” a business can receive its money without worrying about underlying processes. Notably, PayPal is offering this exact scheme to its merchants—to the ire of some crypto diehards. At the same time, implementing crypto payments today is as easy as embedding an API on a website.

According to Max Krupyshev, CEO of crypto processing service Coinspaid, this hybrid model is preferred by the overwhelming majority of mainstream merchants that want to integrate crypto payments on their platforms. While this is not a magical elixir that can boost a company’s profits overnight, accepting Bitcoin can be really beneficial for businesses—some much more than others.

The benefits of accepting Bitcoin

While traditional payment networks such as Visa or Mastercard are widely distributed across the globe, these systems are heavily controlled and regulated. This means that merchants can encounter unforeseen road bumps and limitations when setting up their payment channels. Not so with Bitcoin, which offers much more freedom and hassle-free operations compared to traditional finance.

Apart from that, transaction fees are often lower with crypto. Traditional payment processors usually take a cut of 2% from every sale on average (naturally, this figure may vary). In the case of crypto payments, this fee is reduced by at least half—to an average of 1%, Krupyshev noted.

Still, the main advantage of digital assets from a merchant’s viewpoint is that “crypto gets things done,” he explained. That means that a large established company—such as Amazon, for example—is unlikely to support cryptocurrencies any time soon, because things are working fine as it is. On the other hand, if a business is having some kind of issues with its current payment systems, Bitcoin may very well help solve at least some of them.

Businesses that have more than 2% chargebacks may also be penalized by their traditional payment processors—not so much with crypto. Since blockchain transactions are immutable, companies can be sure that shady actors won’t try to exploit the system. While this may not sound beneficial for customers, reputable firms usually offer some kind of a refund system that implies mutual agreements—but not one-sided and sometimes fraudulent chargebacks.

Another big advantage of implementing crypto payments is that digital assets are essentially borderless. Traditional finance solutions may differ drastically on a region-by-region basis, requiring merchants to set up their payments infrastructure in each locale individually. In contrast, Bitcoin can be paid with and accepted in any part of the world with equal ease.

“As a business, this lets you think not geographically, but in terms of user groups. For example, if you’re an online business and you sell some services over the Internet, it doesn’t matter whether your customers are from India, Latin America or Russia,” Krupyshev told Decrypt, adding that “By accepting crypto, you can direct your marketing not at any given region where you have already established payment methods, but at specific customers—no matter where they’re from.”

The Bitcoin Family: Still on the Road—After Three Years!

He also echoed Deane’s sentiment, noting that crypto payments are still “hyped” enough, especially among younger generations, to warrant some extra attention thanks to this fact alone. Thus, all a business needs to set up shop is a specialized API and a website translated into the required language.

Are these “true” crypto payments?

However, since most of the merchants that accept crypto do so through fiat in the end (partly because they don’t know how to, or don’t want to bookkeep digital assets), doesn’t this defeat one of the main purposes of Bitcoin—the removal of intermediaries? To a degree, Deane explained.

“It’s interesting because back in the day, I would have argued that this wasn’t ‘proper’ Bitcoin adoption, but my stance has softened a bit since then,” he said. “After all, the value of that transaction has come from the Bitcoin behind it; the fiat conversion is merely a vehicle to make that transaction easier.”

Why We Get Obsessed With Bitcoin

This way, a customer still wants to spend his Bitcoin and does so because his wallet balance goes down, the vendor wants to be paid in fiat—and they are paid in fiat, a payment processor then takes a cut of the transaction as normal and is the only party who collects Bitcoin.

“It all still works. No reason, in truth, it has to be a hard and fast native transaction. Best bit? This can happen now and already is,” Deane concluded. 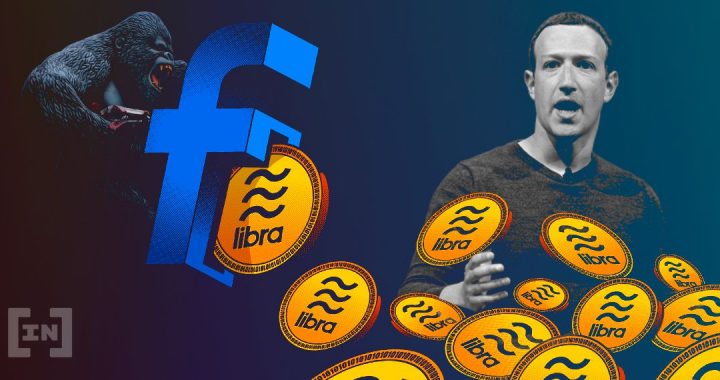 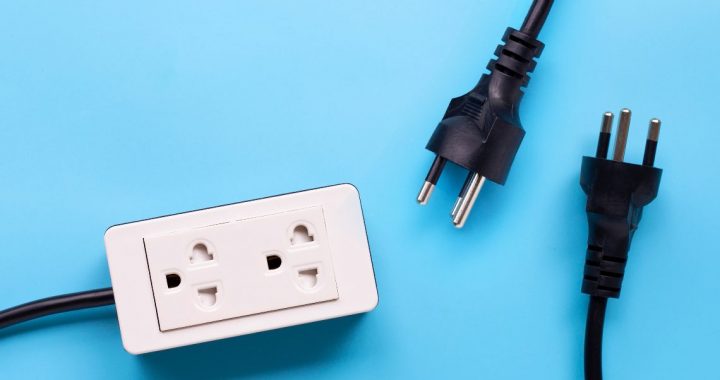 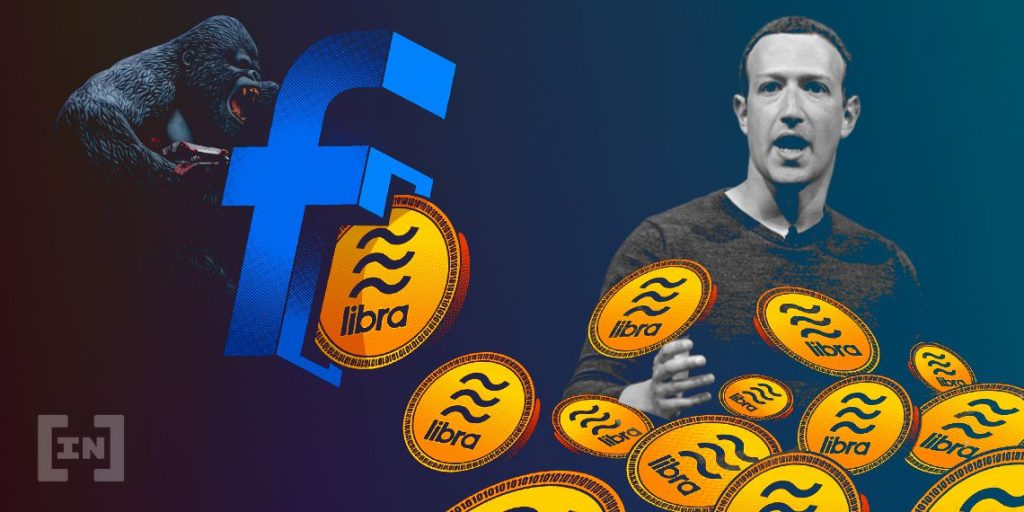 A code of conduct will help protect news publishers and outlets from being edged out by tech giants...

Jake Paul: YouTuber dismisses Covid-19 as a hoax and calls for an end to lockdowns