Recently a New York Post article about Hunter Biden bribing Ukrainian officials with introductions to his, then Vice President father, was blocked from being shared on Twitter. Whether you paint your face blue and growl at the red team or paint it red and growl at the blue team in this season of America’s Greatest Clown, you have to be growing a bit concerned that big tech is now trying to decide what you’re even allowed to read, think about and evaluate for yourself. 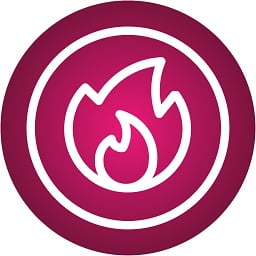 This might sound like a dangerous idea, and it likely is. But it’s an unstoppable idea, it is part of a future that can no longer be prevented, a future that must be transcended by more mature humanity.

SmokeSignal is merely an instance of things that the future will contain that may be considered dangerously free by some. More tools are coming, the descendants of BitTorrent, TOR, Bitcoin and Ethereum. Things like Augur where wagers on anything, no matter how questionable, can be placed. Things like UMA which circumvent the restriction over every asset class on earth. These applications will stretch us, they will change our world in ways that the power structures we grew up do not have the power to change back. There is no way back, there is only the dangerously free and winding road ahead…

But what is dangerous is not necessarily bad. The wolf who became a loyal dog is dangerous. Without dangerous wolves, we would not have survived to see today. We believe that what is coming is similarly dangerous, but good.

As the new cypherpunk world unfolds around us we do not expect the transition to be smooth. Established, powerful institutions are not known for going silently into any good night. We fully expect a deep revulsion and denial of the new reality from every level of society from the nation-state to the individual. This is to be expected as people adjust.

This messy intermediate phase is what Foundry is being built for. Foundry is DAO with a few very specific features. Its main goal is to act as a capital fund for the types of projects described above. Foundry aims to provide the funding and structures for inspired creators who have one of “those” dApps in mind, to build safely.

Foundry aims to make intelligent decisions by allowing complex layers of vote delegation through liquid democracy, our white paper describes how we believe we’ve solved the issue of efficient liquid democracy on the EVM.

Foundry can take a licking and keep on ticking, the governance mechanism is designed to be resilient to voter apathy and voter interference by having a dynamic quorum system that does not need to be adjusted by a vote.

Foundry’s design puts skin in the game and will require locking tokens that participate in governance for up to 6 months before they can be withdrawn, ensuring that those who govern, govern well, and suffer the consequences of any bad decisions.

If you’re interested in exploring the inevitable new world and helping to shape its personality, then join us!