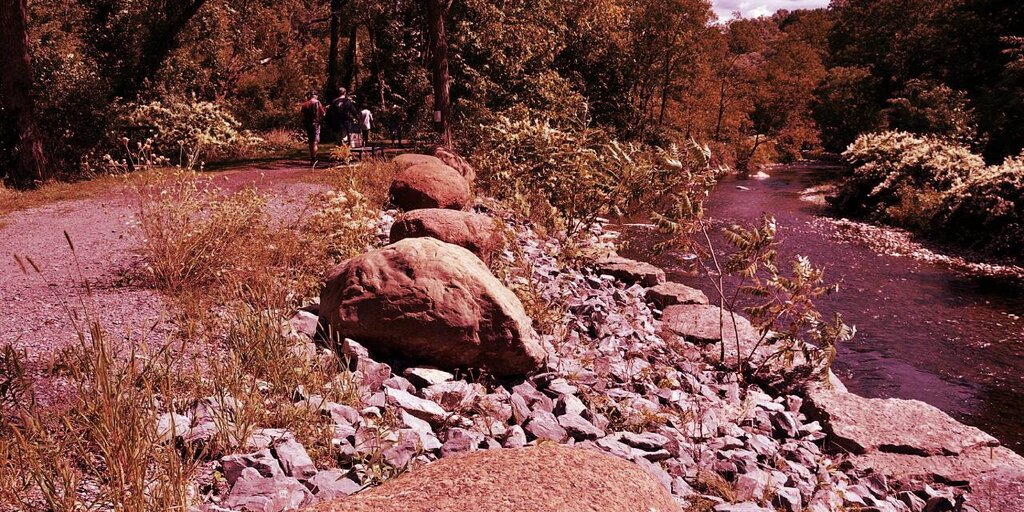 Greenidge Generation has made millions of dollars mining somewhere between 3.8 to 4 BTC per day at its Dresden, NY facility. Critics have argued the facility damages the local environment, and even undermines New York State’s climate goals.

Last week brought further controversy for Greenidge, after NBC News reported on claims that Seneca Lake—which is located close to the Greenidge facility—is seeing an increase in water temperature.

“The lake is so warm you feel like you’re in a hot tub,” Dresden resident Abi Buddington told NBC News.

BTC’s defenders came to Greenidge’s defense, claiming that there was no way one single facility could cause a 38-mile wide and 188-meter deep lake to feel like a hot tub.

But not so fast.

Is Seneca Lake really getting warmer?

First off, according to yearly water temperature data collected by the Seneca Lake Water Quality Buoy website, the lake as a whole isn’t warming up. For the last four available years of 2021, 2019, 2018, and 2017 (2020 is not available), the highest and lowest average temperatures of Seneca Lake have not changed dramatically.

But Buddington tells Decrypt that she wasn’t talking about the whole lake getting hotter. She explains that the Keuka Outlet—a stream that feeds directly into Seneca Lake—feels like it’s getting warmer.

“When kayaking in the outlet, especially during the summer months, when you dip your hand in the water, it feels unnaturally warm,” Buddington tells Decrypt.

The Committee to Preserve the Finger Lakes (CTPFL), formed in 2010, has measured the changing temperature of the outlet itself. According to the CTPFL, which uses temperature loggers in Keuka Outlet to gather its data, the water temperature in the Keuka Outlet has increased from roughly 50 to roughly 85 degrees Fahrenheit since the start of this year.

The New York State Department of Environmental Conservation (DEC) has also required Greenidge to conduct a thermal study of the Keuka Outlet since 2018. To date, that study has not been completed. (Decrypt has reached out to Greenidge and will update this article should we receive a response.)

Why does a warmer Keuka Outlet matter?

Rising temperatures in the Keuka Outlet have several ramifications for Seneca Lake and the wider community.

According to Yvonne Taylor, vice president of the NGO Seneca Lake Guardian, increased water temperatures are a “contributing factor” to harmful algae blooms—a form of bacteria that is harmful to humans as well as animals. “We’re seeing this as a growing problem on our lake, which is a drinking water resource for over 100,000 people,” Taylor tells Decrypt.

“Once you get those blooms in your pipes, you are no longer able to cook, clean, or provide water for your animals,” she adds.

It’s important to point out that the Keuka Outlet has been classified by New York’s Department of Environmental Conservation (DEC) as a trout stream, meaning algae blooms also harm existing wildlife in the region.

Typically, the DEC places a 70 degrees Fahrenheit maximum on water discharge entering streams classified for trout—streams like the Keuka Outlet.

The CTPFL’s data indicates that Greenidge has well exceeded this limit for much of 2021. But according to a DEC Discharge Permit seen by Decrypt, Greenidge is able to discharge up to 134 gallons of water into the Keuka Outlet every day at a maximum temperature of 108 degrees Fahrenheit.

“Greenidge consistently points out that they’re not exceeding their permit limits, but this doesn’t help Seneca’s aquatic life,” Taylor says, adding that if Governor Cuomo’s DEC had “done their job,” this problem “wouldn’t exist.”

It’s not just the environmental impact of the Greenidge facility that concerns Taylor, but the impact the company’s mining operation has on the wider community’s economy.

Yes, Your NFTs Can Go Missing—Here’s What You Can Do About It

“This is the heart of Finger Lakes wine country,” Taylor says. “We are now currently supporting 50,000 jobs, and generating over $3 billion worth of annual income into New York State’s economy. All that is 100% dependent on our clean water and clean air.

What Greenidge brings to the table in return, Taylor argues, is simply not worth it. “Great, Greenidge is contributing a couple of jobs to the area, and they’re relatively high paying jobs, kudos to them for that,” she says. “But what’s at stake?”

Jason Deane, BTC analyst at market firm Quantum Economics, sees the situation as troubling. “It’s clear that profit is the primary driver here, not the local community or environment,” Deane tells Decrypt. “That is always concerning in any industry, not just mining.”

In an interview with Decrypt last month, Greenidge Generation CEO Dale Irwin defended the company’s BTC mining by arguing, among other points, that Greenidge is helping to boost New York’s economy by employing 35 people and paying them an average annual salary of $77,000, more than double the local average. Irwin also said Greenidge plans to move the facility away from natural gas in the future.

Bitcoiners have also rushed to point out that the entirety of Seneca Lake has not been warmed by Greenidge’s BTC mining facility.

While that is quite obviously true, it also misrepresents the concerns of the locals. The Keuka Outlet and the entirety of Seneca Lake are two very differently sized bodies of water, and the former feeds the latter.

The controversy surrounding Greendige Generation’s facility comes amidst a wider debate regarding the environmental impact of the BTC mining industry.

On the one hand, BTC’s advocates cite the BTC Mining Council—a group of BTC miners dedicated to “transparency”—which recently published a report claiming that 56% of BTC’s energy is clean.

The council, which does not require members to disclose their energy consumption data, relied solely on its own analysis for the 56% figure. The survey itself was also voluntary, so those miners guzzling fossil fuels were free to steer clear.

On the other hand, data from Cambridge University suggests that only 39% of the BTC network runs on renewable energy, meaning that many mining facilities—just like Greenidge—use fossil fuels to mine BTC.

Greenidge Generation has committed to carbon neutrality, but to date uses natural gas—a fossil fuel—to mine BTC. To fulfil its carbon neutrality commitment, the firm has launched a carbon offsetting regime that involves investing a portion of its mining profits into renewable energy projects.

Continuing our environmental stewardship, we're excited to announce that Greenidge Generation will be a carbon-neutral #BTC mining operation in New York, effective June 1, 2021 and beyondhttps://t.co/44VVtePiLe#bitcoinmining #carbonneutrality

But for all the company’s carbon offsetting intentions, Seneca Lake’s inhabitants remain unconvinced.