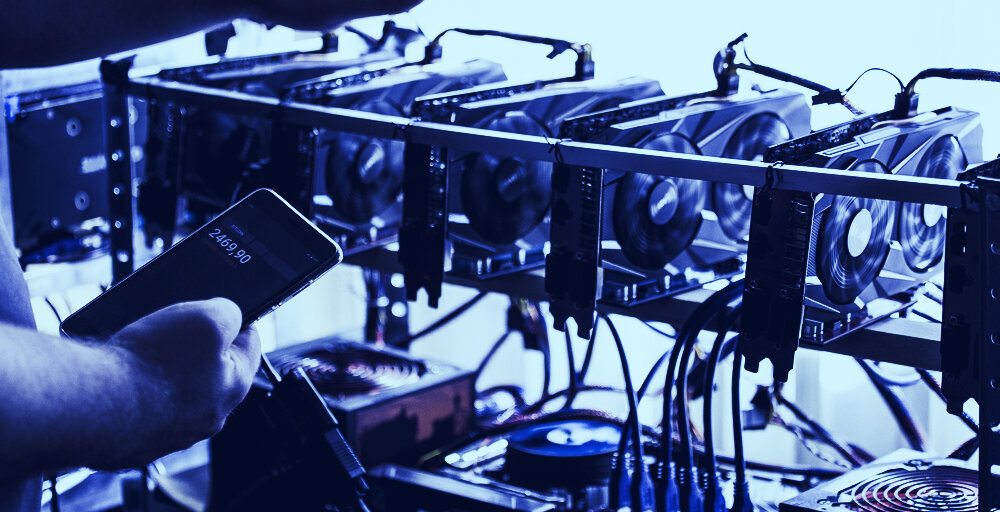 Marathon said the agreement would give the company 23,560 miners, “making it the largest self-miner in the region with a total hashrate of 2.56 EH/s.” That would place it in the top 15 mining groups worldwide.

The agreement marks the latest in a series of recent by Marathon to boost mining capacity, and comes at a time when the price of Bitcoin has seen a resurgence.

Bitcoin is now harder to mine than ever

“We entered into the transaction as a continuation of recently publicly announced initiatives, all of which we believe have the potential to result in value creation for our shareholders,” the company told Decrypt via email. “The rise in Bitcoin has certainly increased our confidence in our existing growth plans.”

In August the company announced a $23 million deal with Bitmain to buy 10,500 S-19 Pro Miners, which it called a milestone event. The firm said the August agreement would bring the company’s operations to 13,520 next-generation miners upon completion, generating 1.55 Exahash.

In late August, Marathon announced an all-stock purchase of Fastblock Mining in a deal that it said would lower the cost of mining Bitcoin by more than half. However, the agreement fell apart in September when the parties were unable to reach a long-term power agreement at acceptable rates.

Earlier this month Marathon announced a joint venture with Beowulf Energy for a 105-megawatt Bitcoin mining data center. It expects the data center to generate 1.265 EH/s by the second quarter of 2021, with an option to expand to 3.320 EH/s. The deal will lower the company’s aggregate mining costs for electricity and data center management by 38%, according to the spokesperson, and make the company far more resilient if the price of Bitcoin should drop in the future.

That said, the company says current Bitcoin prices are very favorable to its operations, particularly after the recently purchased miners are installed.

“The underlying price of Bitcoin will always play a major role in our ultimate revenues and profitability, but we believe our position as the current largest self miner in North America positions us well for the future,” it said.

The company believes running a successful operation comes down to two things: increasing power output and reducing the cost to produce Bitcoin, and it plans to continue pursuing that strategy.

Asked about the impact of Bitcoin’s halving earlier this year, the spokesperson said that it has made the mining space much more challenging as the reward for mining Bitcoin was reduced by 50%.

“For smaller players, it’s much harder to remain solvent,” the spokesperson said. “To remain competitive and be successful, scale is paramount. As evidenced by our unique relationship with Bitmain and our purchase of 23,560 miners to date, we’re clearly in a position to grow despite the halving.”