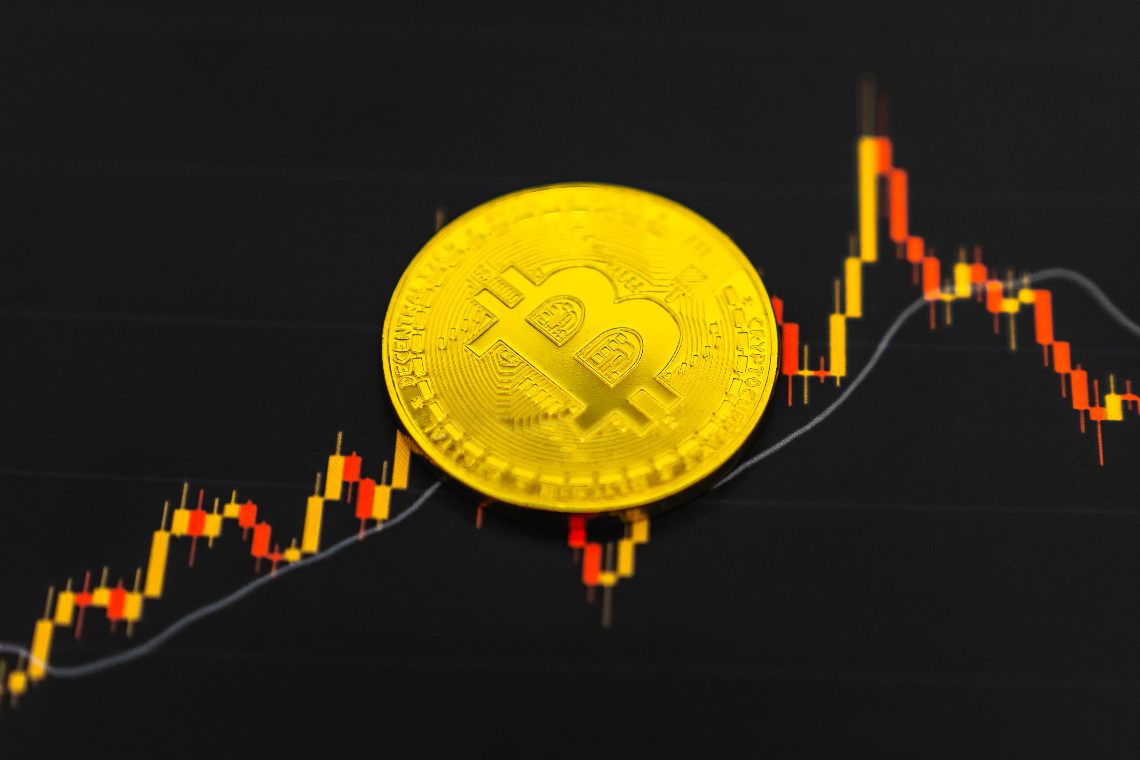 The rises in the last few days have once again boosted volumes and as a result, open interest on futures and options derivatives has set new records over the last two days.

Records for open interest on futures and options

Bitcoin’s open interest on CME futures on Monday was worth over $565 million, a record not seen since early September.

More than $4.3 billion was the open interest of Bitcoin’s aggregate volume on all platforms.

Open interest on Ethereum closed the day with the highest value since September 3rd, reaching $1.2 billion.

Open interest on Bitcoin options was $2.1 billion, the highest level since the end of September. The day before the expiry of the options on September 25th had marked its absolute peak.

The same is true for the open interest on Ethereum options, which on Monday has the highest volume since the end of September, although this instrument is only available on three exchanges, Derebit, OKEx and Huobi. The all-time high on Ethereum was recorded on September 1st.

Today more than 80% of cryptocurrencies are under parity. If yesterday the green sign stood out in the top 10, today the red sign prevails. Only two of the top 10 are above parity. This is Bitcoin Cash (BCH), which rode against the trend with a 5% increase. Litecoin (LTC) oscillates just above parity +0.5%.

Among the top 100, the only double-digit rise is that of ABBC Coin (ABBC) which flies over 25%, followed by Reserve Rights (RSR) and Ocean Protocol (OCEAN) both up 7%.

The fall in the last few hours has brought the market cap down to 360 billion. The dominance of Bitcoin remains unchanged.

Since the beginning of October, among stablecoins there has been growth not attributable to Tether but to USD Coin (USDC), which erodes part of Tether’s market cap, which drops to 75%, while USDC rises to 15%. USD Coin is gaining ground, a trend that is consolidating: at the beginning of August, capitalization was just over 1 billion, today it is worth 2.8 billion, a very interesting growth that is eroding the dominance of Tether, which remains the undisputed leader with a $15.7 billion market cap. 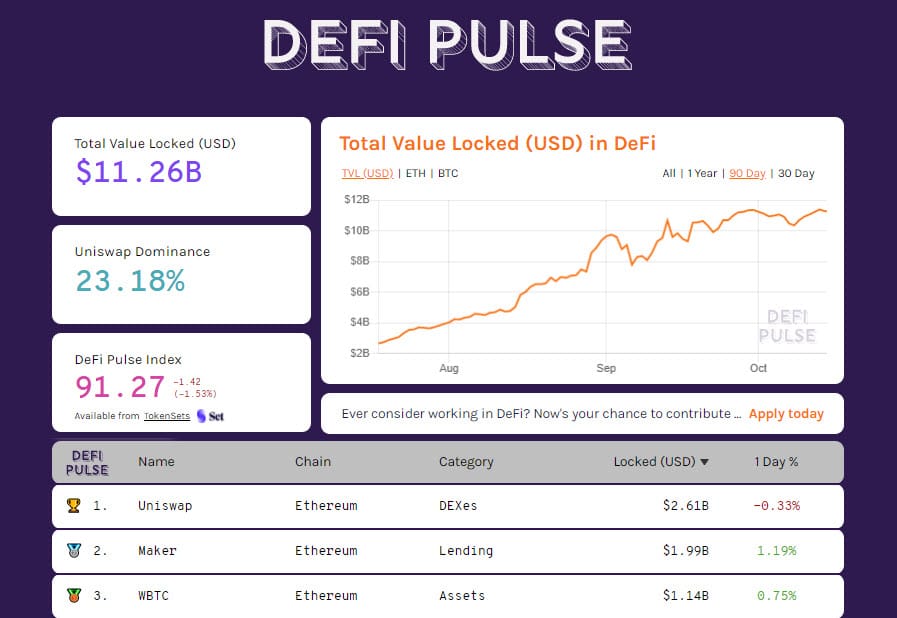 DeFi consolidates its historical records, yesterday it rose to 11.3 billion dollars of TVL, Uniswap leads with 2.6 billion, followed by Maker with 1.99 billion. WBTC also grows and enters for the first time in the top 3 with 1.4 billion dollars thanks to tokenized bitcoin that today rise to 140,000 BTC minted using ERC20. Ethereum locked remains stable at 8.4 million units.

Bitcoin, after exceeding $11,700 last Monday, sees profit-taking prevail with downturns in the range of $11,300-11,400. The rises of the last few days have shifted the strategies of derivatives traders, with hedges that unlike the last few weeks are now much greater downwards.

With the price increases, traders regain confidence. The bulwark upwards is $11,600. A break above this level would attract upward speculation.

Downwards, the technical support of the 11,200 is also confirmed by traders in options with PUT strategies that make it the first barrier to protect against falls.

Ethereum is once again reaching $395, with prices that go back to $380. ETH remains caged in the lateral channel that has been squeezing prices since the beginning of September.

It is necessary to decidedly break with the support of the volumes this testing phase, where in the last few days sales and hedges have prevailed in a perspective of short term speculation.

On Ethereum, operators change strategies and make the strength of hedges prevail downwards with a single resistance threshold positioned between 405 and 415 dollars. It will be important not to go back below $335 in the coming days.

The post New records for open interest appeared first on The Cryptonomist.