Quick rhetorical question: How does your high-end gaming PC spend its computing power while you’re not gaming? When you’re browsing Facebook, writing emails, or streaming Netflix, for example. Of course, the answer is, it only spends a small fraction of its peak capacity while not performing any resource-intensive tasks, such as graphically-demanding gaming.

Now, wouldn’t it be great if you could “rent out” this spare computing power for some extra bucks whenever your PC is sparsely using its CPU and GPU?

The folks behind GamerHash say they can help you with that. In fact, so long as you enjoy playing video games, they promise to help you earn passive income even if you do not have a high-end PC. More on that later.

First, let’s delve into what GamerHash really is and more importantly, whether or not it is really a practical avenue for you to earn some passive crypto income.

GamerHash? Who are They?

GamerHash is a Polish blockchain firm founded in 2017. The company claims to have built an innovative, blockchain-powered application that lets you monetize the spare computing power of your PC. It’s like a self-financing supercomputer, they add.

Under the hood, GamerHash has some resemblance with multi-currency mining pool implementations. However, as a platform, it seems somewhat bigger than any run-of-the-mill mining pool. Also, the ecosystem, by design, has broader potentials.

The premise is simple. GamerHash offers a self-titled app that evaluates your computer’s capabilities at any given time and then automatically figures out the best possible way to earn that promised passive income on your behalf by using your PC’s unused resources to mine cryptocurrencies.

The system evaluates which out of the 12 supported cryptocurrencies should be mined using the host machine’s CPU and GPU. The Platform is intelligent and can calculate the most profitable option for users at any given time, which means it can switch from one asset to the other in real-time — no additional configuration needed.

You can spend your GamerHash earnings in pretty much any way you want. For example, you could hodl your earned Bitcoin as an investment. Alternatively, you could use it to buy games from the GamerHash online store, pay for groceries, buy a Netflix or Spotify subscription, and so on. There are more than 600 digital products in the store.

Who is GamerHash for?

Anybody with a laptop or a desktop computer (Windows 7 onwards) and an internet connection can download and use the GamerHash app. That said, you can earn a sizable passive income even without a high-end PC. In such cases, rather than renting out computing power, you earn your money by performing tasks in games. That’s the Play & Earn module.

From the looks of it, GamerHash has indeed done a neat job by making the app easy-to-use for pretty much anyone, non-savvy users included.

Passive Crypto Income With GamerHash: How Does it Work?

Getting started with GamerHashis easy. You just have to follow these simple steps:

When you launch the app, it redirects the excess power of your computer and uses it to mine cryptocurrencies. And here comes the juicy bit that seems to make GamerHash more appealing to a wider spectrum of users. The app itself figures out the most optimal cryptocurrency to mine based on your computer’s available resources. This way, you can easily get into crypto mining even without any prior exposure to the asset class.

The mining funds are automatically converted into Bitcoin and deposited into your GamerHash BTC wallet once every day, provided your earning has exceeded 0.01 mBTC (0.00001 BTC). At $38.5k per bitcoin as of today, that’s just $3.9 in dollar-equivalence.

In the Play and Earn module, users can earn money by completing specific tasks such as playing a new MMO game, downloading an app from a GamerHash affiliate, and such.

Besides a decent number of popular games, the GamerHash online store has a few other products as well, such as Apple, Amazon, and eBay gift cards, that you can use to make purchases outside the GamerHash ecosystem.
You can also use your GUSD stash to buy Netflix, Spotify, and Google Play subscriptions, as well as products from more than 9,500 grocery stores, among other things.

How Much Can You Realistically Earn?

The size of your daily earnings relies on three key factors: PC configuration, mining hashrate and the crypto exchange price. The more powerful your CPU and GPU are, the higher your earning potential. In general, users can get anywhere between 93% to 100% of their total earning.

If you’re using ASICS hardware, there is absolutely no fee whatsoever. For desktop users, GamerHash may deduct anywhere between 2% to 7% (90% of gamers have to pay only 2%).

As for users of the Play and Earn module, your income from GamerHash depends on the number of tasks you perform in games.

Just a Way to Supplement Your Income

Looking at the basic structure of the GamerHas ecosystem, it is fair to say that the company doesn’t promise anything unrealistic. You CAN NOT become rich overnight by simply renting out part of your PC’s computing resources to GamerHash.

It simply gives you the ability to supplement your income without basically doing anything. The app and your CPU/GPU combo will team up to earn on your behalf in the background as you go about your everyday schedule.

Having been around for more than three years, GamerHash has so far maintained a decent reputation where the gaming and crypto communities overlap. The team has won top three crypto pitch competitions in top conferences including in Malta AIBC, Singapore’s BlockShow & Miami N.A.B. Conference. All of that in just three months so seems like good community-proof.

The platform claims to have developed a sizable user-base of more than 500,000 across the world. User feedback so far has been good if we go by the company’s online reputation. So, by that count, it has a proven track record that you would expect from a company you’ll be sharing your hardware resources with.

Moreover, GamerHash doesn’t ask for any sort of investment and the minimum payout threshold is also very low. Based on these factors solely, the company and the platform do not give any negative vibe whatsoever.

On the security front, GamerHash deploys the same infrastructure as the one that powers the likes of Docker1 Engine, Linux namespaces, and cgroups. The company claims that each individual component of its web app is kept in separate, isolated containers. This is to strictly limit each component’s access to only what it requires to function.

Funding shouldn’t be an issue for GamerHash in the foreseeable future given that the company has just recently added fresh capital worth $2.8 million through a private sale of its homegrown GHX token. Also, with the recent breakthrough in Malta, GHX is now the first globally listed token to come with said Maltese license.

In addition, GamerHash has forged several strategic alliances recently to further enhance the platform on different fronts. For example, it recently teamed up with Coinfirm to introduce anti-money laundering (AML) and analytics in the realm of blockchain-powered gaming.

In another similar strategic partnership, GamerHash joined forces with Chainlink in July 2020 to pave the way for NFT adoption in the gaming community.

GamerHash’s vision is to establish itself as the Amazon-equivalent of NFTs. To achieve that, the team is connecting the dots to introduce blockchain in the gaming community in a fun and financially rewarding arrangement for all stakeholders involved.

Given that GamerHash is the first touchpoint with crypto for a good chunk of its 550,000+ users,   the company is also focusing on educating users more about the asset class, which, in turn, encourages adoption.

Overall, GamerHash appears to be a promising platform that doesn’t make unrealistically tall promises like making you rich overnight. At the same time, it seems to offer enough substance to help you make some sizable passive crypto income.

Since GamerHash doesn’t ask for any upfront investment, you can download the app and try it yourself to check how much of those (promised) practically free BTC you can earn on average. 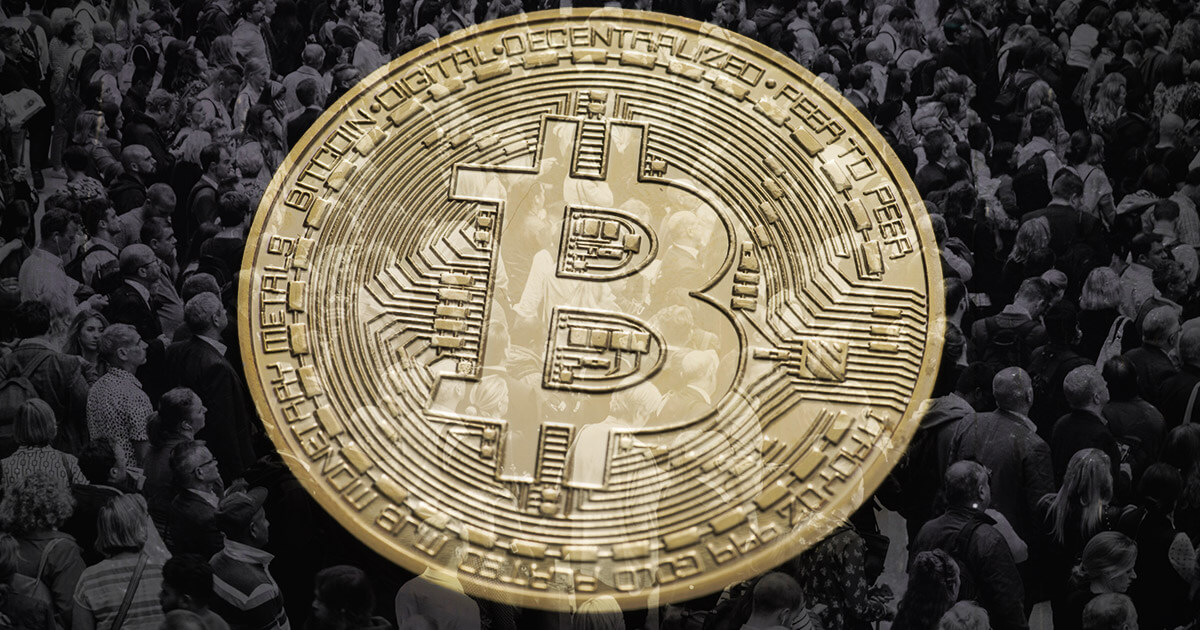 MicroStrategy CEO claims to have “thousands” of executives interested in Bitcoin

MicroStrategy CEO claims to have “thousands” of executives interested in Bitcoin