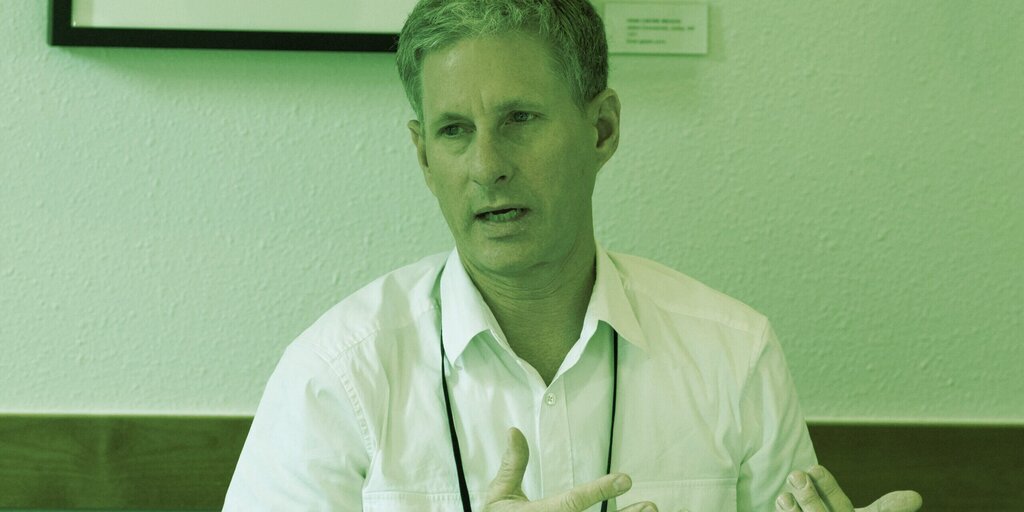 He called on the BTC network to move from energy guzzling proof-of-work (PoW) to a more eco-friendly system like proof-of-stake (PoS). Since such a move would require a radical change to BTC’s code, I spoke with Larsen to see how serious he is—and it turns out he’s deadly serious.

According to Larsen, the crypto industry is getting beat up by progressives, many of whom fail to understand that not all blockchains are energy-intensive like BTC. He says environmentalists don’t realize that, once ETH switches to proof-of-stake, 40% of the industry will be low-emission. And in a plug for his own network, Larsen noted that the annual energy use of Ripple’s XRP network is akin to that of 50 American homes—versus 12 million homes for BTC.

Nor does Larsen buy the argument of companies like Square that suggest BTC can cope with its energy issues by relying on renewables. He fears renewables will never be as cheap as fossil fuels and that opportunists will turn to places like Saudi Arabia to mine BTC on the cheap—or that certain billionaires would find ways to subvert any push to mandate clean crypto energy.

“What’s to stop Peter Thiel from setting up a super tanker in the middle of the ocean, and running a BTC miner on super cheap coal?” asks Larsen. The only way to solve the problem, he says, is for the BTC community to follow ETH’s example and “do the right thing” by moving away from mining.

It’s a nice idea. But I don’t think it’ll work.

For starters, unlike the ETH crowd, who are capable of some kumbaya moments, the BTC community has always been fractious and often incapable of agreeing on even minor changes for the greater good. And any push to go green would be further stymied by the companies who have now invested billions of dollars in sophisticated hardware (like ASIC chips) and mining operations.

Meanwhile, cynics will be quick to point out that Larsen, a billionaire himself, is acting in his own interest by talking up XRP over BTC, or even using the hot-button environment issue to distract from Ripple’s ongoing troubles with the SEC. That may or not be fair—Larsen, it should be noted, has given millions to environmental causes. Regardless, a serious push to move BTC off PoW is not going to happen.

BTC’s environmental image woes will not just go away. Companies and industries, even Big Oil, are making a serious push to go green while consumers everywhere view the environment as an existential crisis. If the crypto industry isn’t careful, broad swaths of investors will start to regard it as an unethical business akin to tobacco or fossil fuels.

Alas, the BTC community’s response to all this has been disappointing. Instead of acknowledging the issue, too many influential Bitcoiners—who are otherwise fond of spouting lofty ideals—are responding to green criticism with aggression and tribal self-interest. They point out correctly that progressives are overstating the impact (BTC’s footprint is still piddling compared to other industries), but have been slow to offer any solutions.

One way out of the morass may be for BTC to adopt the ethos of other industries, including the airlines, and offer offsetting carbon credits. In the case of big companies, they can simply vow to pair their BTC purchases with modest donations that will offset the environmental impact. Meanwhile, crypto retail giants such as Coinbase, Kraken and Robinhood can offer consumers the option to pay a tiny “green fee” when they buy BTC or expand their education pages to explain the environmental impact of different cryptocurrencies. (In a similar example, many of the artists minting NFTs have been purchasing carbon-offset certificates in order to prevent blowback over the environmental impact of NFT minting on the ETH blockchain.)

In any case, they soon may have no choice. The environmental issues hanging over BTC will not go away, and companies will have to come up with answers sooner than later.

This is Roberts on Crypto, a weekend column from Decrypt Editor-in-Chief Daniel Roberts and Decrypt Executive Editor Jeff John Roberts. Sign up for the Decrypt email newsletter to receive it in your inbox in the future. And read last weekend’s column: Cheapening the NFT Boom.