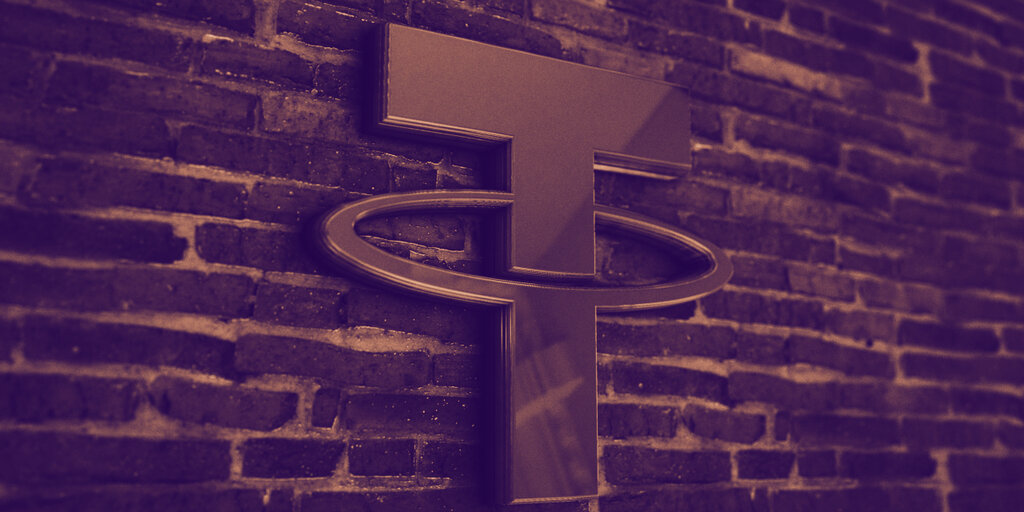 iFinex, the company behind stablecoin issuer Tether and the Bitfinex exchange, has ended its multi-year legal battle with New York State.

Attorney General Letitia James announced this morning that Tether and Bitfinex will pay $18.5 million in fines, and will be required to submit quarterly reports about the state of their operation. They also have to stop doing business with “any New York persons or entities”—that’s anyone who regularly trades in New York, and any company that’s headquartered or incorporated in New York.

The suit began in April 2019, when James and her office sued iFinex for allegedly using Tether’s USDT cryptocurrency to cover up $850 million in lost funds.

USDT is a stablecoin, which means it’s supposedly “pegged” to fiat currency. An issuer is always supposed to hold as much in fiat as it creates in crypto (in this case, the currency is USD, and the value of each Tether is always right around $1.00 USD).

But Tether has raised suspicions in the past for inconsistent claims about how much money it’s actually holding, and for issuing new USDT en masse: billions of new coins have been summoned up this year, and detractors claim Tether doesn’t have the money to back them all.

Much of the New York Attorney General’s investigation into Tether has centered around whether each USDT is really backed 1-to-1 in fiat, as the company has previously claimed.

Here’s what you need to know about the settlement:

Tether and Bitfinex have to pay $18.5 million in fines and cease trading with any individuals and companies based in New York State.

And for the next two years, they’re required to submit quarterly reports about how much money they have in their reserves, as well as how they’re working to exclude New Yorkers from their services. The Attorney General has also mandated that Tether and Bitfinex include information about transfers of funds, along with “verification that Bitfinex and Tether have appropriately segregated client, reserve, and operational accounts.”

For their part, Tether and Bitfinex have not had to admit to any of the wrongdoings outlined in the State’s eight pages of findings.

The OAG says Tether was unbacked

The Office of the Attorney General (OAG) has said that Tether offered mixed messages as to how exactly USDT is backed. From 2014 until 2019, Tether’s line was the following: “Every tether is always backed 1-to-1, by traditional currency held in our reserves. So 1 USDT is always equivalent to 1 USD.” But Tether changed its tune in February 2019, claiming that each USDT is actually backed 100% by “reserves”—an ambiguous term that can include fiat currency, the company said, but may also involve “other assets and receivables from loans made by Tether to third parties.”

Later on in the document, the OAG writes that for a period of time in 2017 (when Tether was still making the 1-to-1 USD to USDT claim), the company only had $61 million on hand for the 442 million USDT in circulation.

As a response to worries that USDT wasn’t fully backed, Tether released a “transparency update” on September 30, 2017, which included a bank statement showing $442 million in cash. This was “misleading,” according to the findings; the bank statement, dated September 15, may have accurately reflected Tether’s balance, but “the $382,064,782 listed as cash reserves for tethers had only been placed in Tether’s account as of the very morning.”

The findings also claim that between March and September of 2017, Tether “did not have a significant bank relationship in its name.” Per the OAG, this is because Wells Fargo—which had been processing the Tether and Bitfinex’s wire transfers to Taiwanese banks up until that point—decided to end its relationship with the companies.

With the Taiwanese banks no longer an option, Tether allegedly put its money in a trust account at the Bank of Montreal under the name of its general counsel. That account, says the OAG, “never had more than $61.5 million dollars on deposit.”

In a press release this morning, the OAG described what it characterized as a massive cover-up—that Bitfinex’s partnership with a “purportedly Panama-based” corporate entity called Crypto Capital resulted in the loss of around $850 million, and that while the companies assured clients that the funds actually hadn’t been lost, the actual whereabouts of the money were unknown. The OAG is alleging that Bitfinex “made up for the shortfall by transferring hundreds of millions of dollars from Tether.”

“We have been informed that these Crypto Capital amounts are not lost but have been, in fact, seized and safeguarded,” said Bitfinex in April 2019. But later that year, Bitfinex asked that Crypto Capital be subpoenaed, and that the company share more information about what it did with the money.

According to the OAG, Bitfinex still isn’t saying whether any of the money might be returned to the exchange or its clients.