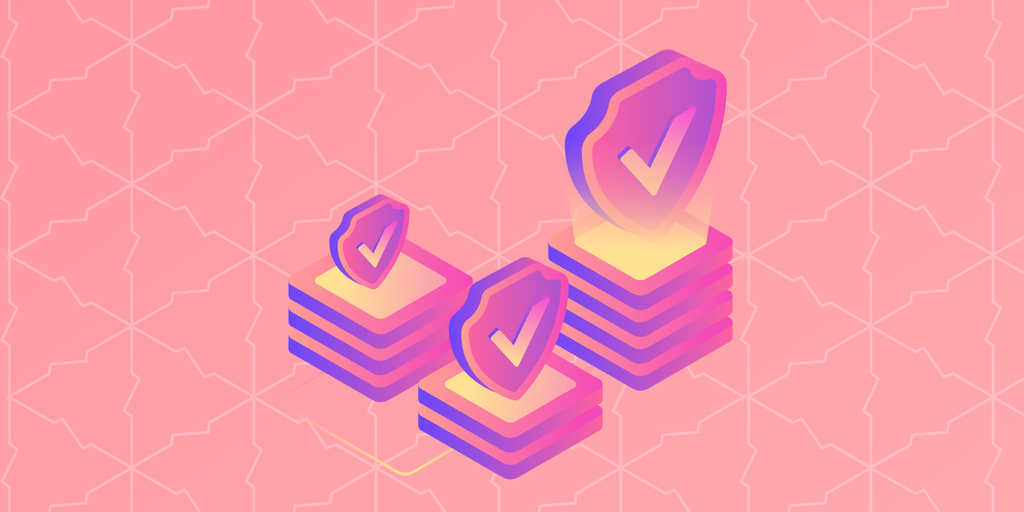 Since their inception, cryptocurrencies have been considered particularly volatile investment instruments when it comes to their price. That’s led to price jumps and crashes, preventing cryptocurrencies from being used for everyday goods and services in some cases, due to the risks for vendors and merchants.

That’s where stablecoins come in. The theory goes, if you create a currency that is ‘pegged’ or attached to a regular fiat currency like the US dollar or something else with a relatively stable price, it will prevent price swings.

We explore these more below.

What is a stablecoin?

Stablecoins are cryptocurrencies that claim to be backed by fiat currencies—dollars, pounds, shekels, rubles, etc.

The idea is that, unlike cryptocurrencies like Bitcoin, stablecoins’ prices remain steady, in accordance with whichever fiat currency backs them.

What are some examples of stablecoins?

Tether (USDT): Tether is one of the first stablecoins and the most famous. It claims it is backed by a reserve of real dollars—”collateral”—that is “off-chain,” i.e. in a real-world location that is controlled by a centralized third party.
With this stash safely in the vault of a bank, investors can be confident that their tethers really are worth one dollar each, keeping the price steady. The stablecoin accounts for a whopping 48% of all cryptocurrency trading volume. There’s only one problem: Tether Ltd, which mints Tether tokens, has never conclusively proven that the currency really is fully backed, fuelling doubts among investors. (More on this below)

Petro: The petro is a cryptocurrency developed by Venezuela. The government claims it is backed by the country’s oil reserves, among other valuable commodities, like gold. At its heart, it’s an attempt to create an alternative to the hyperinflationary Venezuelan bolivar. The coin has been airdropped to young people and doctors in the country, but there’s been criticism that it functions as a tool of mass surveillance, and that there are discrepancies between the official government price and the reality on secondary markets.

While the vast majority of stablecoins are backed by US dollars stored in a bank vault, weakening sentiment around the USD and the fiat, in general, has led to the elaboration of stablecoins backed by other assets, including various gold-backed cryptocurrencies. These differ considerably in their form and usability but are all backed by investment-grade gold.

CACHE gold (CACHE) is among the most popular of these. Each CACHE is backed by 1g of pure gold held in the vaults stored around the world. Sending CACHE tokens is the equivalent of sending 1g of gold per token since they can be easily redeemed for physical gold at any time.

There’s also Tether Gold (XAUt) and PAX Gold (PAXG), which operate in a similar way, but are instead pegged to one troy ounce of investment-grade gold. They also have a higher minimum redemption amount than CACHE.

Terra (LUNA) is a decentralized stablecoin, which means rather than relying on a trusted third party it uses a complex algorithm to keep stable. To do this, it balances “on-chain” reserves—i.e. the funds are held in smart contracts—with supply and demand automatically, mitigating the chances of traders accidentally—or intentionally—fiddling the price.

Ampleforth (AMPL) relies on a similar process. Instead of physically backing each AMPL with 1 USD, it instead uses a process known as a “rebase” to automatically adjust the circulating supply of the cryptocurrency in response to changes in supply and demand. If the price of AMPL is more than 5% above or below the USD reference price, then it will increase or decrease the circulating supply in an effort to push the price back towards $1. Since this rebase is proportional across all wallets, AMPL holders always maintain their share of the overall AMPL network.

How are stablecoins used?

Like most digital assets, stablecoins are primarily used as a store of value and as a medium of exchange. They give traders temporary reprieve from volatility when the market is tumbling, and can also be used in the rapidly growing world of decentralized finance (DeFi) for things like yield-farming, lending, and liquidity provision.

Most traders and investors gain exposure to stablecoins by purchasing them from exchange platforms, but it is also often possible to mint fresh stablecoins by depositing the requisite collateral with the issuing company, such as US dollars with Tether or physical gold with CACHE gold.
Why have stablecoins become so popular?

Stablecoins are enormously popular: Tether, for instance, is the second most traded cryptocurrency after Bitcoin, with a 24-hour trading volume of $31.4 billion (at the time of writing).

In only one month, Tether’s market cap has increased by more than $3 billion, maintaining its number one spot as the most liquid, stable and trusted currency! pic.twitter.com/MLOWkiIDvF

They’re (relatively) stable. Because they are supposedly backed by fiat currency, investors can be confident that their tokens will always sell for one dollar each. This supposedly means that the prices won’t fall: coin prices are driven by belief, so if investors believe their stablecoins are worth and backed by one dollar each, the price should reflect that.

They’re a safe haven for worried investors. Many exchanges—including Binance, the world’s largest—don’t let traders buy fiat currency, and only let them buy and sell cryptocurrencies. This means it’s often tricky for investors to swiftly cash out their cryptocurrencies when the going gets tough. To do so they might have to transfer across several exchanges, or even wait several days.

This is where stablecoins come in. Because they are cryptocurrencies, they live on most exchanges. Yet because they hew to the value of a single fiat currency, they act as a sort of temporary refuge for investors looking to secure their funds during a bear market. In this way, stablecoins are like blockchain-enabled versions of the dollar. That’s if they retain their value.

Investors need proof the coins are backed by reserves. In Tether’s case, this has never been conclusively provided, sparking rumors that the currency was unbacked and was in fact minted out of thin air.

Stablecoins aren’t necessarily stable. The Gemini Dollar has increased by a few cents several times in the last year as traders poured money into it. Ironically, many of those investors’ funds had come from Tether—which has previously sunk to as low as $0.51 on some exchanges. As such, stablecoins can be considered ‘relatively’ stable, rather than absolutely stable—particularly when compared to volatile assets like Bitcoin.

Tether has consistently failed to provide proof of its dollar reserves. It managed to release one audit but the law firm that carried it out, Freeh, Sporkin & Sullivan LLP, swiftly downplayed its auditing credentials when scrutinized. In 2019, a Tether lawyer revealed that USDT is only 74% backed, but the firm later stated that it is in fact 100% backed.

The future of stablecoins

With the crypto boom of 2017 behind us, investors are increasingly looking to stablecoins as a safer way to experiment with the technology. In the first half of 2020, the supply of stablecoins swelled by 94% to hit $11 billion in June. And regulators are warming up to them, too; in September 2020, the US Office of the Comptroller of the Currency (OCC) gave national banks and federal savings associations the green light to hold reserves for stablecoin issuers.

As more respected players throw in their weight—the Winklevoss twins, Circle, and Coinbase, for instance—the idea of a digital dollar, a shadow currency that takes fiat onto the blockchain without risking its value, is ever more tantalizing.