The value of the BTC network has been growing recently and reached a new daily maximum last week. Daily settlement value BTC reached an all-time high on October 6, with $ 31 billion in transactions settled in the chain via a BTC network.

The record high represents an increase in the daily billing volume of the network approximately 40 times since the beginning of 2020.

There was $ 31 billion of value settled on the BTC network in a single day last week.

This is an all-time high for a single day of settlement value.

According to data Coin Metrics’ daily settlement volume has fallen sharply since then. On October 10, the BTC network settled transactions worth $ 11.6 billion.

Analyst Willy Woo commented on the increase in activity and the value of the settlement over the weekend. Tweeted that the amount of money moving on the BTC blockchain currently exceeds the main centralized payment networks Visa and Mastercard in the USA.

Money moving on Bitcoin’s blockchain is back near all time highs. It’s presently doing ~$190k per second. Compare this to $130k per second by Visa for US customers and $55k per second for Mastercard. 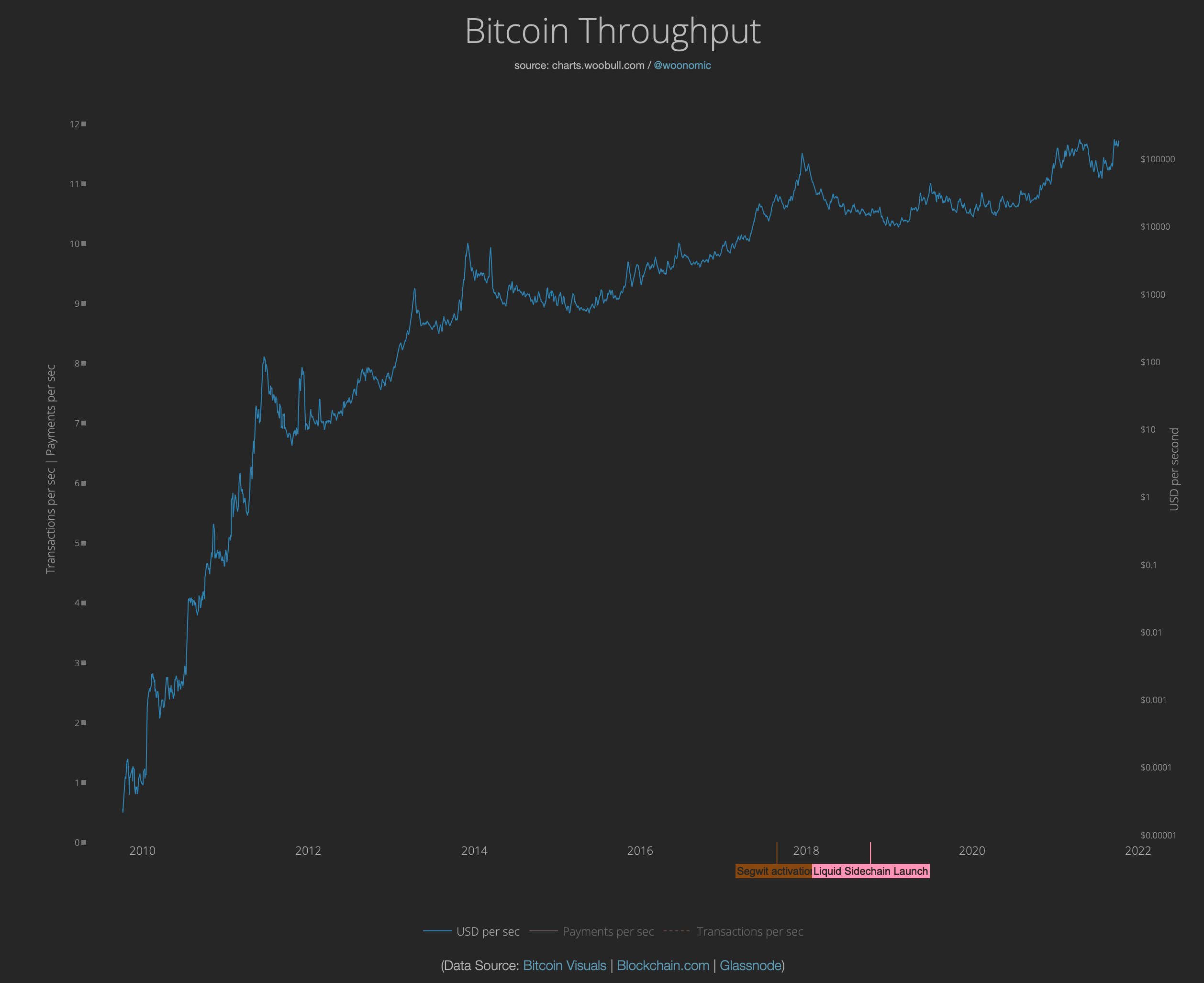 According to Bitinfocharts the average value of a transaction made on the BTC network over the last three months has also been steadily rising to $ 732,000. This is an increase of 273% since the beginning of July.

Data from Glassnode shows that in the past month, huge transactions (> $ 10M) on the BTC chain has grown rapidly, with the highest proportion exceeding 70%, setting a record high. pic.twitter.com/RoudvuYGla

According to Coin Metrics, the daily value of ETH transfer is currently $ 5.3 billion. At the beginning of September, ETH briefly reversed the daily volume of BTC’s settlement. However, BTC regained its lead within a few weeks.