Bitcoin (BTC) has been increasing since reaching a localized low on Jan. 11.

Despite the significant increase, it’s likely that Bitcoin is just retracing in response to the prior correction, rather than the beginning of a new upward trend.

The trend is considered bullish as long as BTC is trading above $36,701

Bitcoin has been increasing since Jan. 11 after a local low of $30,261 was reached. The low coincides with the 0.382 Fib retracement of the entire upward movement. Its worth mentioning that the bounce was preceded by significant hidden bullish divergence in the RSI.

Despite the bounce, technical indicators still look bearish. The MACD is consistently decreasing and the Stochastic oscillator has made a bearish cross.

If BTC were to reverse, the next closest support area would be found at $29,050.

The six-hour chart shows that BTC has moved above the 0.618 Fib retracement level of the previous downward move and is approaching the 0.786 Fib at $39,483. This target is also a horizontal resistance level.

Despite this, it’s still more likely that the current movement is a retracement rather than the beginning of a new upward move — unless BTC manages to flip the $39,483 resistance area.

The two-hour chart does not yet show any weakness, since both the MACD and RSI are increasing.

Furthermore, BTC seems to be following an ascending support line, which coincides with the minor $36,200 support area.

As long as BTC is trading above this level, the trend is considered bullish.

The wave count suggests that BTC has possibly just completed an A-B-C corrective structure where waves A:C had a 1:1 ratio. Since BTC has not yet been rejected, it’s possible that the C wave will extend to the 1.61 Fib length of wave A to reach a high of $42,505.

While this would make a new all-time high, it would still allow for the movement to be corrective, since the preceding decrease (highlighted in red) took three waves. This suggests that the pattern is a flat correction. 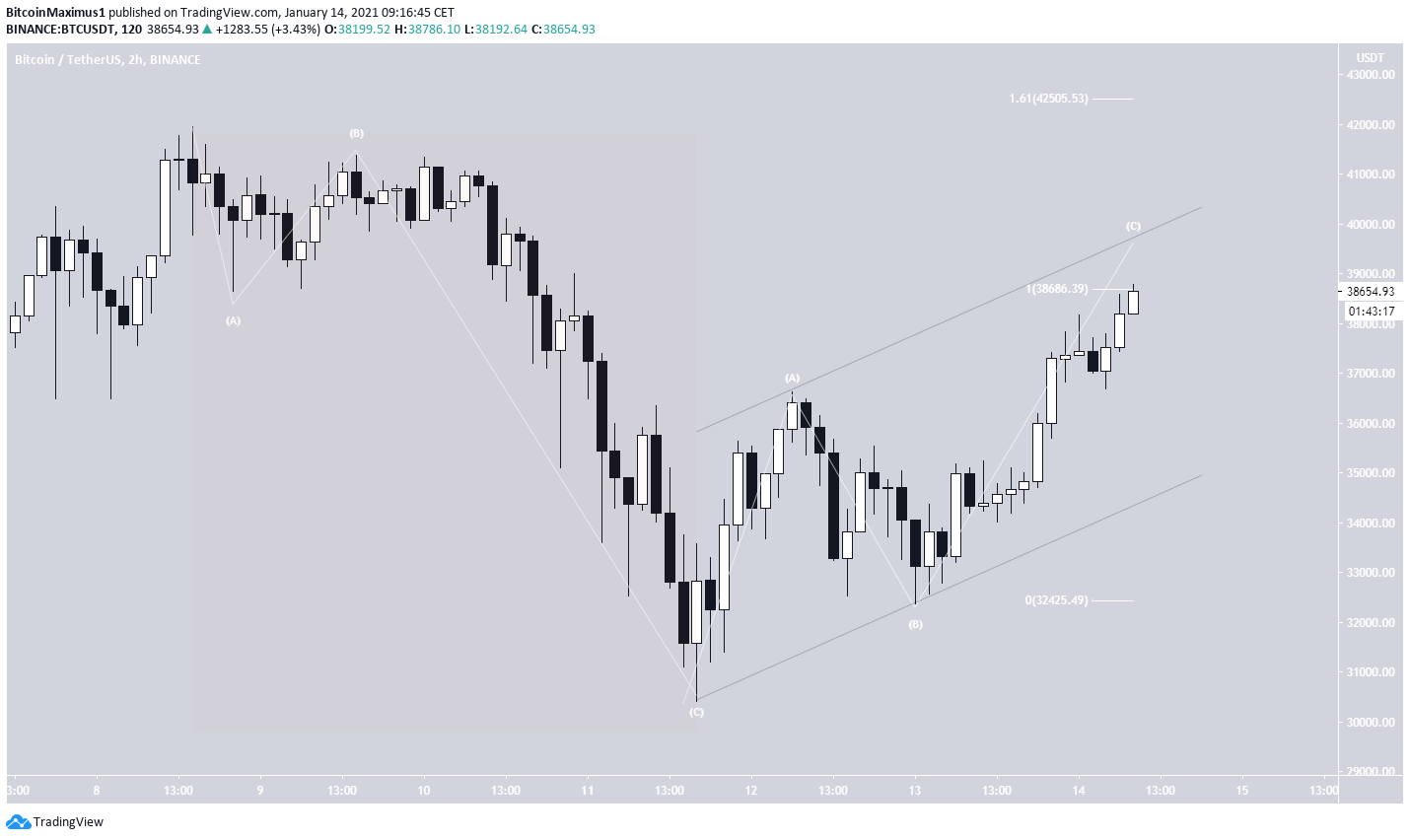 The sub-wave count (shown in red below) suggests that BTC is in the fifth and final wave, which could or could not extend.

As long as the low of sub-wave 4 at $36,717 is not taken out, we would expect the upward movement to continue and the wave to extend.

While it’s possible that Bitcoin is still correcting, the upward retracement is expected to continue as long as BTC is trading above $36,717

The post Bitcoin (BTC) Bounces Back After Major Slip appeared first on BeInCrypto.