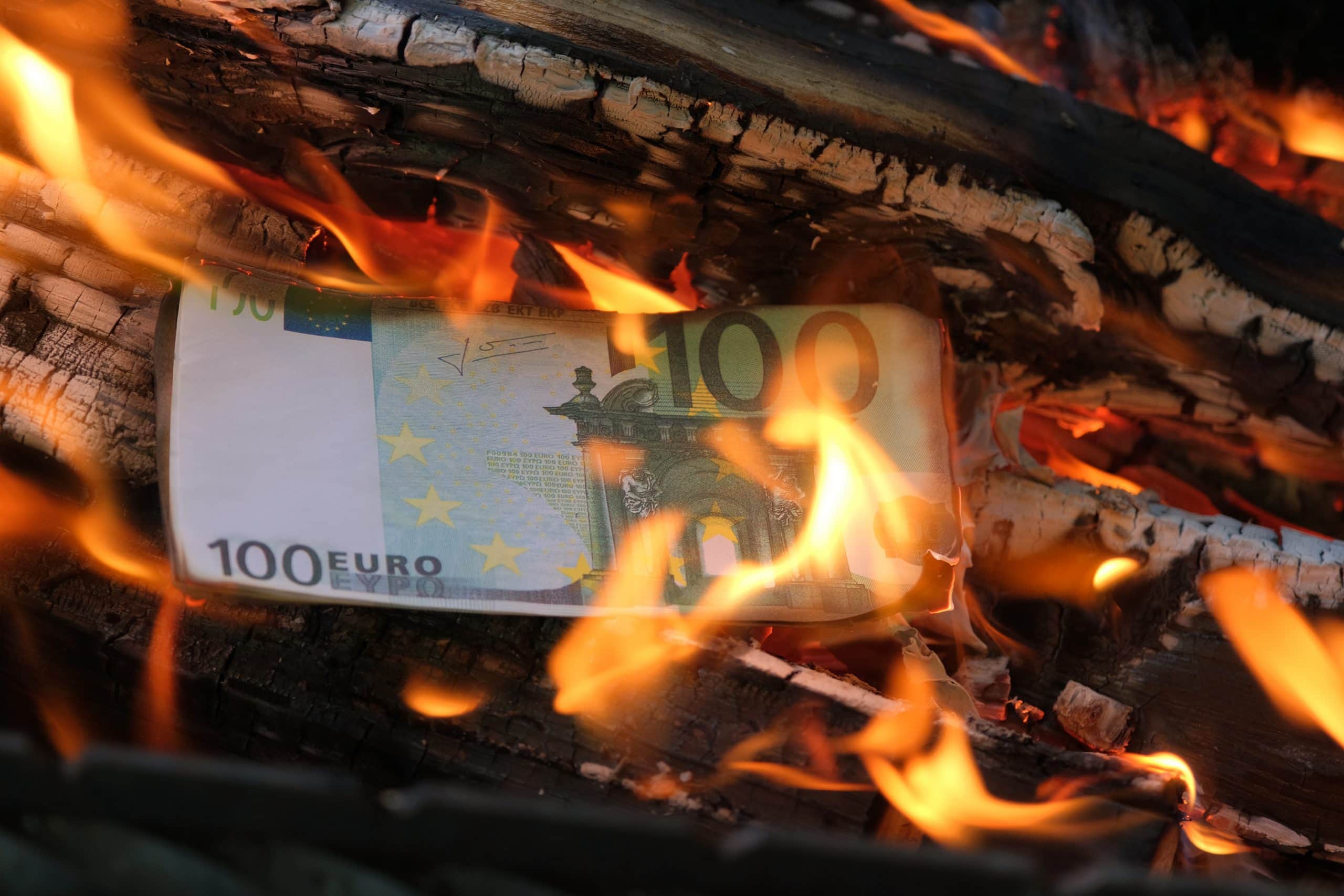 Again and again one hears or reads that BTC is supposed to benefit from rising inflation, but is that really the case or is it just a baseless claim?

Most recently over 5.4 percent in the USA and 3.8 percent in Germany, we have the highest consumer price inflation in over ten years. However, there are candidates among the G20 nations who are significantly higher than this. Turkey is coming last news according to almost 20 percent inflation, Brazil to around 9 percent and Russia to around 6.5 percent.

In this context, people like to refer to BTC, which, as a deflationary crypto currency, is intended to offer an alternative to fiat currencies. In inflation-plagued countries like Turkey, a particularly strong demand for BTC has already been established.

Higher inflation even harmful to BTC?

Some people have to pull themselves together when they hear the thesis that, contrary to this widespread opinion, inflation could even be harmful to the BTC price. It is now the case, however, that growth stocks and risk stocks get into trouble relative to so-called value stocks when inflation rises sharply. Higher financing costs due to rising key interest rates in response to inflation lower the outlook. Borrowing capital becomes more expensive and riskier than with an interest rate of almost zero percent.

BTC is not a tech company, but it is a risk investment. To put it casually: zero interest rates are BTC’s best friend, not inflation per se. If they are abolished by raising the key interest rate, BTC will also be weakened as a result. The same applies to gold, albeit a less risky asset than BTC. For example, if US yields rise, this usually depresses the gold price.

This feeds the thesis that the level of key interest rates and their outlook is more important than current inflation. Accordingly, a deflationary expectation for the BTC price would be better than inflation. After all, it is the expectation of many investors that inflation will follow deflation as a logical consequence of central bank measures. If inflation is already there, it would be too late for a favorable entry point in BTC.

While the biggest crypto rally this year took place in the deflationary spring, with rising inflation came the price correction in risky stocks and crypto assets. Rising inflation has made many market participants fearful of higher key interest rates. Detached from the fundamentally negative news, such as the BTC mining ban in China or a harsh wave of regulation, this can be seen as a negative influencing factor.

The last few days have shown that a severe reaction from the central banks is not to be expected. In particular that Fed meeting in Jackson Hole the market was able to calm down – the Fed (i.e. the Federal Reserve System, the US Federal Reserve) is not expected to act too quickly. The crucial question that investors and central bankers are asking themselves at the same time is whether inflation is only temporary – or not. A topic that is known to heat the mind.

It all depends on the time horizon

Just as BTC does not offer any short-term protection against inflation, one cannot assume that BTC is the opposite of a short-term safe haven. The emphasis is on in the short termbecause the long-term Effects can be completely different. During the Corona crash in March 2020, BTC plummeted more than most other asset classes. Understandable, after all, in phases of a market panic, the assets that are particularly liquid and risky are sold first. When it bangs on the stock exchange, it is sold and converted into euros, US dollars, Swiss francs and other fiat currencies. This applies to all real assets such as BTC, gold or stocks.

The medium-term (counter) reaction is therefore much more interesting. BTC was able to do an impressive rally after the Corona crash, better than any other asset, including gold. The clarity about a maximally loose monetary policy – this can at least be assumed – has made the scarce, digital gold even more attractive and sparked new speculation outside of the crypto market.

There is no such thing as monocausality

As captivating as the connection between rising exchange rates and central bank policy may be, there is no further evidence for BTC. After all, the track record at BTC is only a few years old. Especially since the topic of crypto-economy is in an adoption phase, as more and more people come into contact with crypto currencies. At the same time, narratives such as “digital gold” are emerging or well-known people such as Elon Musk or Michael Saylor are promoting BTC as the future of money.

Consequently, one has to ask how much is due to the expansion of the money supply and / or the low key interest rates, or to a diverse mainstream adoption. For many investors, inflation protection may be an argument in favor of buying BTC, but one must not forget the other factors that lead to increased demand and cause the price to rise.

The more the collective belief in BTC consolidates as a protection against inflation, the more likely it will be the decisive property of BTC in the long term. While gold was able to build up and “internalize” this property over the centuries, BTC is still in the middle of this recognition process. During this growth and development phase, in contrast to the generally saturated gold market, there are additional upward factors that can overcompensate for the supposed “inflationary return” of BTC.

How Much Inflation Does the BTC Success Story Really Need?

As important as the argument of the mathematically determined scarcity of BTC is, one still has to ask how directly relevant the currency depreciation factor really is for BTC. If one were to assume, in purely theoretical terms, that the inflation of fiat currencies is just as high or low as that of BTC, would BTC be worthless or uninteresting as a result? The answer would be “no”. Although it would be less interesting because the need for an alternative scarce asset would be less, the fact that BTC is stateless, ergo a world currency without political institutions with egalitarian access requirements for everyone in the world, would still make BTC an important one make apolitical store of value. The value of the decentralized and stateless is a value in itself. There is no more decentralized transaction system than BTC. This global transaction system is like a safety net or second floor for the world economy – also completely detached from the inflation factor.

The money printing orgies stimulate the flight into limited values, but these values ​​also need a use case. Scarcity alone is not enough to consolidate its intrinsic value in the long term. BTC has found its use case as the gold of the digital economy, despite all the differences to the physical precious metal. BTC has become a vanishing point for all people who do not consider the current monetary or central bank system to be sustainable. Detached from the question of whether this view is right or wrong, it ultimately creates a demand that in turn supports the course.