It has been about a month since the fever peaked in the NFT sector. The very first boom occurred in the spring of this year, but then there was a rapid decline and this bubble seemed to be over. The current interest in NFT is growing significantly again, which is confirmed by several indicators.

The statistics speak for themselves

If we look at the current statistics, they show us quite clearly that interest in the NFT has not waned even during the embarrassing period of recent weeks. The number of active NFT addresses is currently at record values.

Active NFT addresses exceeded 70,000 for the first time in history. As you can see in the chart, the NFT area is experiencing a sharp increase and subsequent sharp decline, especially this year, but each subsequent wave of interest is higher than the previous one. This is still a relatively new sector, which attracts mainly speculators who want to earn quickly, because NFTs are known for the fact that if you make a happy choice, you can literally earn 10 times your deposit per night. However, each coin has two sides and just as you can earn quickly, you can lose quickly.

Another indicator is the price of transaction fees. Because most volumes of the NFT area on the ETH network are still running, it is overloaded, causing huge fees. Just for comparison – if you look at the NFT chart we described above, at the time of the last low, when the NFT had only around 25,000 active addresses in mid-September, the price for Gas was only around level 30. In recent days, it is most often in range 60 to 120.

The last indicator may be the sharp growth of the AXS NFT token, which is behind the best-known and most popular play-to-earn NFT game Axie Infinity. The price of an AXS token correlates relatively well with the number of active addresses in the entire NFT sector. If we compare the price chart with AXS together with the chart of active addresses of the NFT sector, we find that they are almost identical. Of course, this is partly because the game Axia itself significantly affects the whole area. 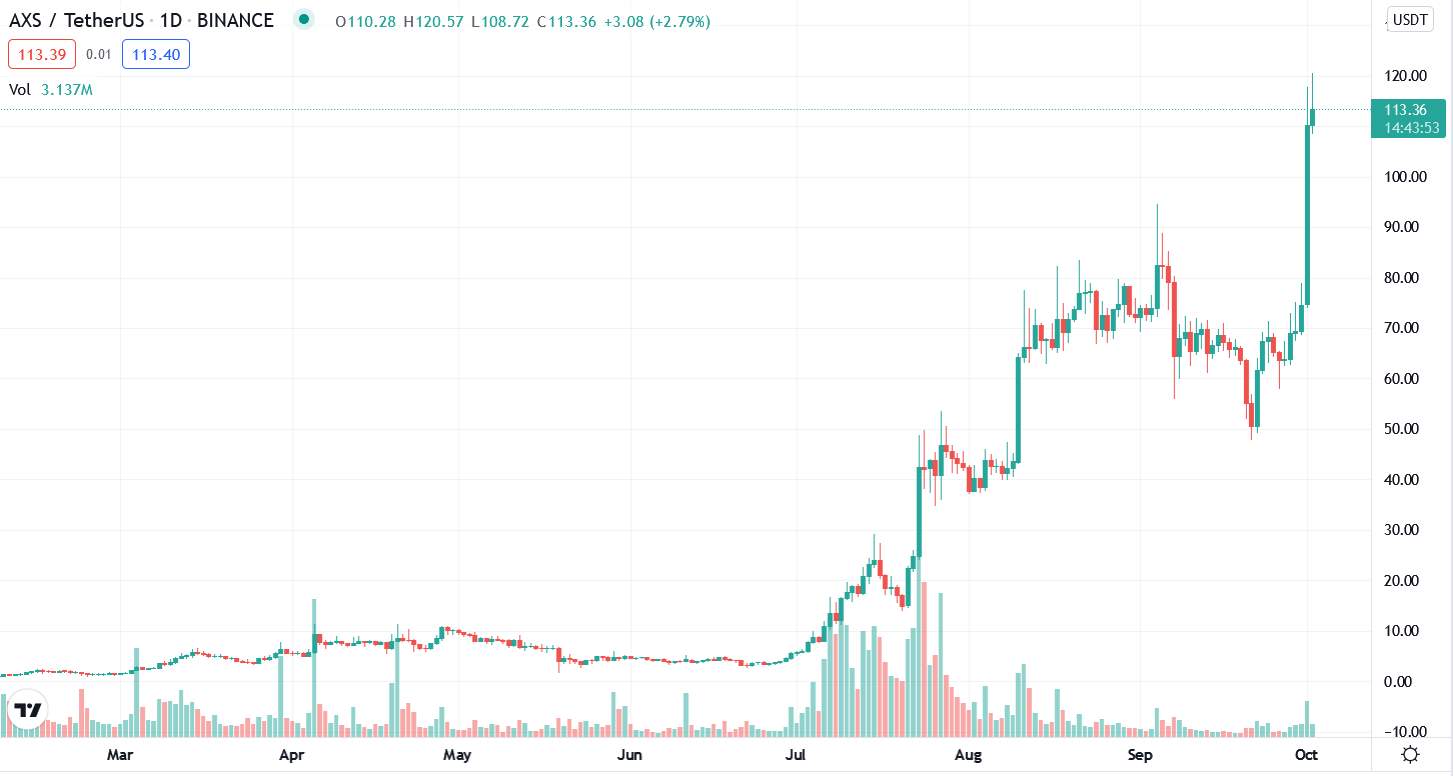 Such sudden increases are increasingly attracting people who want to get rich by playing games or selling NFTs. However, it also attracts fraudsters who want to make money and we do not have to lie – cryptocurrencies as a whole are a paradise on earth for fraudsters.

If you already decide to buy an NFT, carefully consider all the risks and do your own research, look for more opinions from more people on the project. Dozens to hundreds of new NFT games, projects and tokens are created every day that want to be in the limelight. It doesn’t even have to be a scam, but in the current competition, there is a minimal chance that they will succeed.