Santiment shared a graph with this metric compared to the ETH price, which revealed a possible correlation. 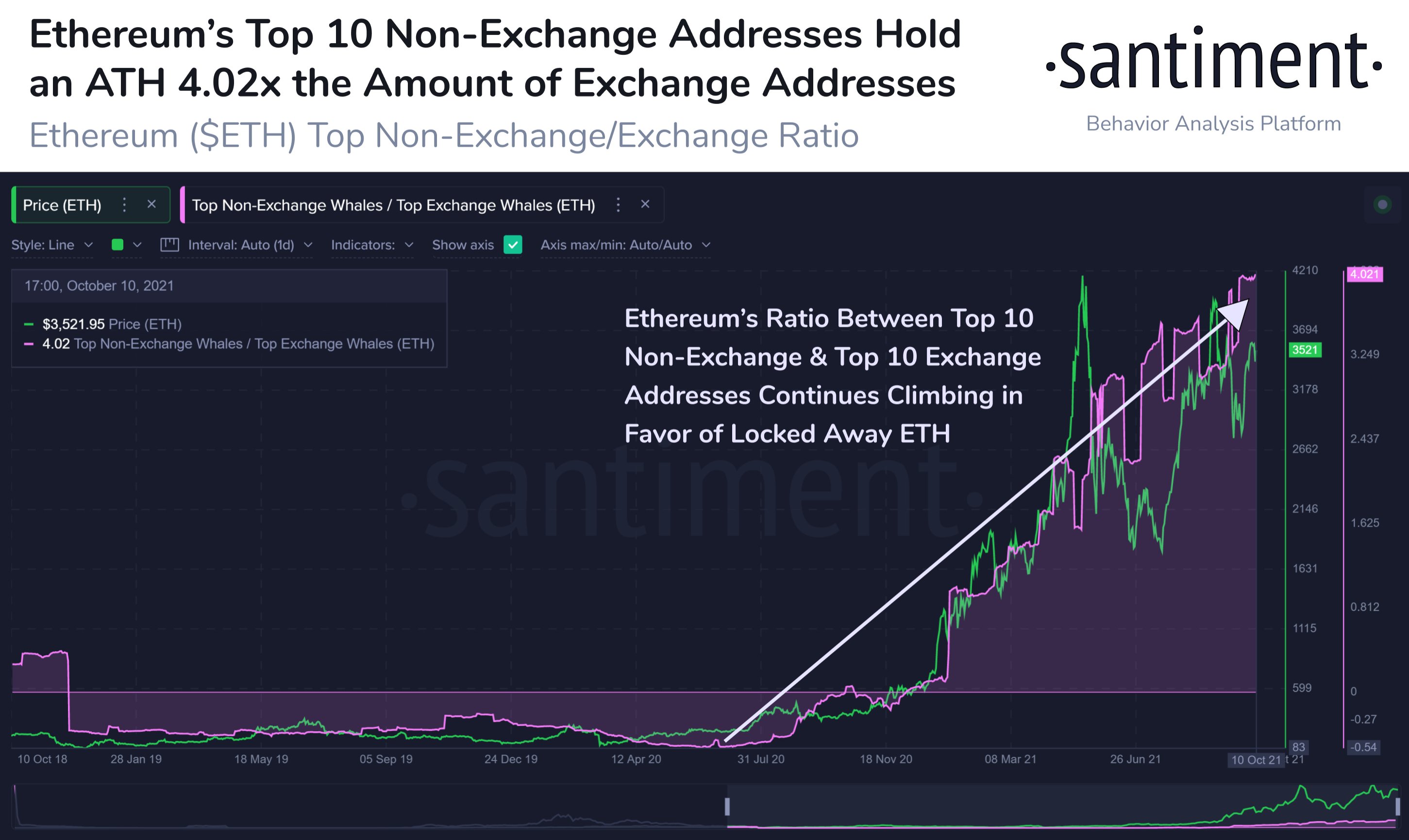 However, when the May speculative minibubble formed at the ETH price, it grew much more and much faster than the whales / exchanges ratio. In fact, the second metric fell sharply in the first half of the month as prices reached new all-time highs.

This metrics also measures large movements of ETH from whales to exchanges and vice versa. From November 2020 to April 2021, there were large ETH transfers from exchanges to whale wallets. In May, however, the trend reversed with many deposits of whale wallets on the exchanges. They probably took advantage of very high sales prices.

Analysis of the situation on the whales / exchanges ratio

During the price collapse in the second half of May, the whales / exchanges metric fell sharply, probably because the whales used the price reduction to buy and accumulate ETH.

Although there are ups and downs, from the second half of May to the present day, the whales / exchanges ratio is still growing and these days are recording the highest values ​​in the last three years. Many ETHs appear to have been withdrawn from exchanges and stored in whale wallets in recent months, thanks in part to staking on the Beacon Chain.

Santiment comments on this situation with the words:

“The ratio between the two metrics has shown evidence of a close link to price, and this increase in the ratio remains a good sign for bulls.”

Until the whales begin to move their ETHs to the exchanges, the price could rise again. When they start to do so en masse, they feel that selling prices can no longer go higher.

The fact that the two curves have continued together since November last year suggests that the whales that own these 10 large ETH addresses were able to close off in 2021.

The Shiba Inu ecosystem will launch its NFT Shibosis collection