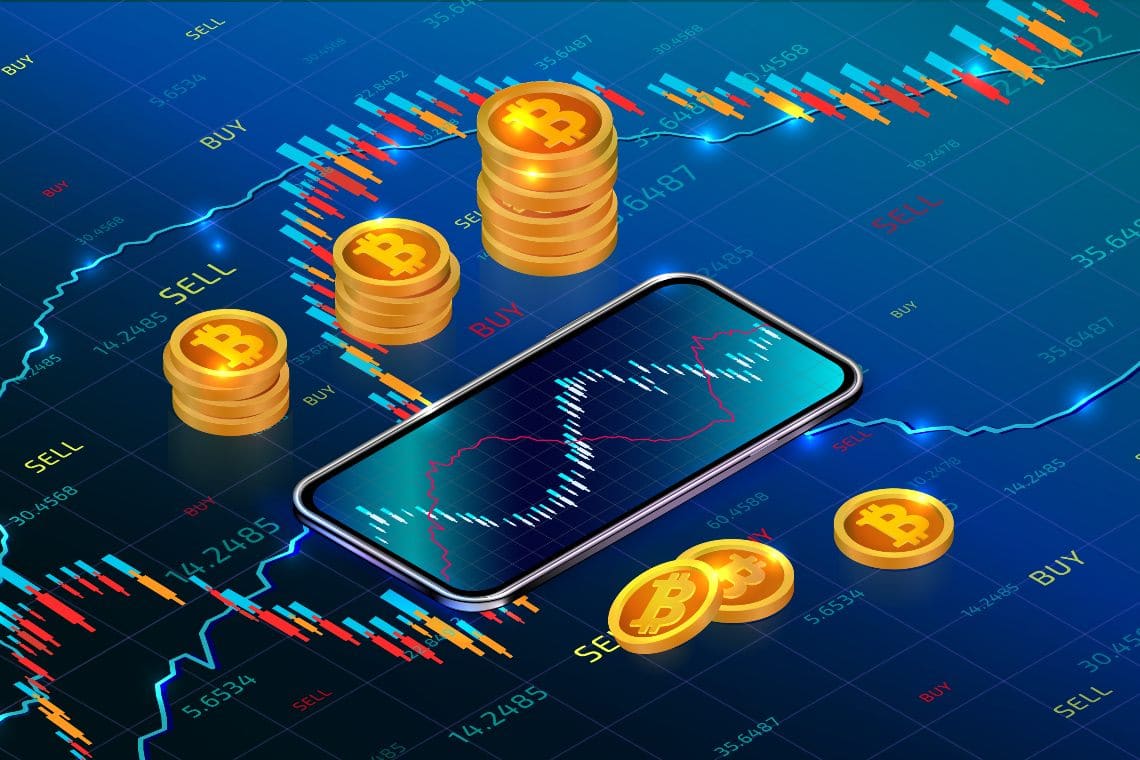 October is proving to be a positive month, with Bitcoin earning over 5% since the beginning of the month. This is a performance far superior to that of gold, which has fluctuated around parity since the opening of October. Bitcoin is also overtaking the S&P 500, which has gained over 3.5% since October.

This performance could definitely change in the middle of next month as the US elections approach, although polls seem to announce Biden’s victory with over 60%. But as was the case 4 years ago, it is good not to take anything for granted.

The correlation between Bitcoin, S&P 500 and gold

The three consecutive downward days are in line with the performance of the S&P 500. This increases the correlation between Bitcoin and the S&P 500. This movement that is characterizing the specular trend makes the correlation rise to the highest levels of the last 4 months. The value is approaching the highest levels: more than 60%, which was exceeded twice in September.

More than half the times Bitcoin and the S&P 500 have closed with the same sign. In particular, in the last few days, it has emerged that BTC and the S&P have been highly correlated assets since March.

On the contrary, the correlation between Bitcoin and gold has dropped and on March 19th it reached the highest historical peak, exceeding 76% for the first time.

For the third consecutive day, the red sign prevails. This is an event that has already occurred for the second time in 15 days for Bitcoin prices. To find the previous series it is necessary to go back to the end of May, when for 5 consecutive days the prices closed lower than the previous days.

Among the few signs above the parity, ABBC Coin (ABBC) continues to fly, which for the second day in a row scores a double-digit performance, rising 50% from yesterday’s levels. Followed by Filecoin (FIL) with +40% and Reserve Rights (RSR) +6%. Also Aave (LEND), +3%, and Bitcoin Cash (BCH) +2%. Bitcoin Cash is the only positive sign in the top 10, and the only one among the top 30 together with Aave.

Given that the next expiration date is the last Friday of the month, October 30th, a new record can be expected. This indicates that the hedging activity by professional traders using this instrument is in turmoil. This highlights the fact that operators fear a strong directional movement and therefore use these hedges. 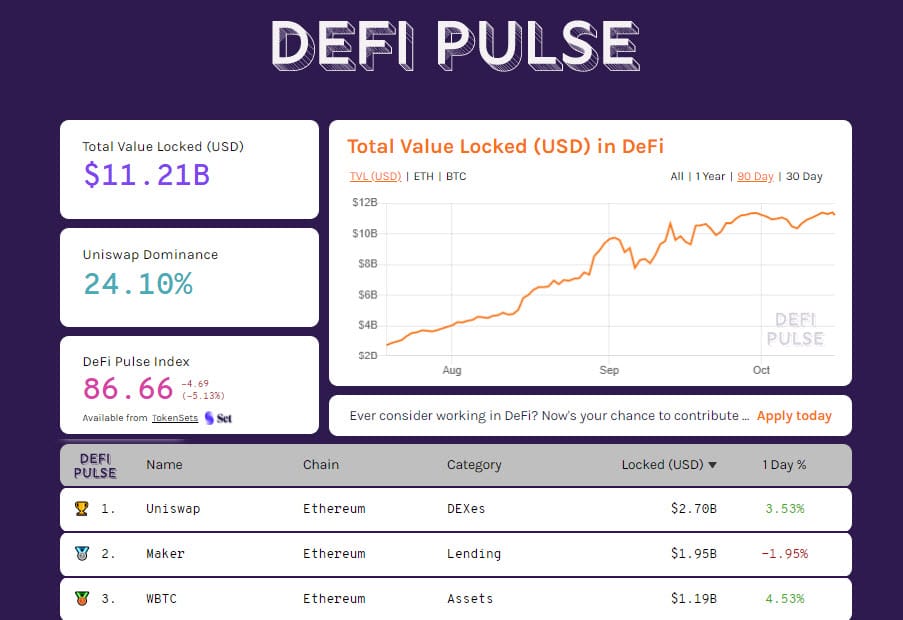 Today the total value locked remains above $11.2 billion, levels of the last 2 days. The number of tokenized BTC continues to rise above BTC 159,000. The number of Ether locked in the various decentralised finance projects, which exceed 8.6 million, is rising again.

The increase in tokenized bitcoin strengthens the third position in the ranking of WBTC, the first project that tokenizes the value of bitcoin on the Ethereum network with a 1:1 ratio.

Uniswap continues to strengthen its dominant position with a TVL of over $2.7 billion. This is followed by Maker, which is unable to exceed the psychological threshold of 2 billion dollars.

Bitcoin after having climbed above 11,600 dollars tries to consolidate a valid support above 11,200 dollars, prices that in these last hours return to the $11,350 area. It is necessary for Bitcoin not to go below 11.200 in the short term, otherwise, it is necessary to defend the $10.200 in the medium term, where the first hedges are placed to protect a possible decrease for options operators.

It is precisely on the options that the only upward protection is strengthened, just over $11,600. A break would most likely cause a strong upward directional movement.

Ethereum struggles with $390, a level where the attempt to overcome this area of profit-taking has been rejected for the third time since last month. Nothing worrying: the price retracement brings the prices back to 370 dollars, until 10 days ago short term resistance, now become support.

Ethereum as well, while in the short term it has not followed the bullish structure of Bitcoin for the lack of purchasing volumes, in the long term it remains set upwards. In fact, the bullish trendline that brings together the rising lows since mid-March passes near 340 dollars.

The post The correlation between Bitcoin and S&P 500 gets stronger appeared first on The Cryptonomist.