A virtual land was sold for as little as 550 Ether (ETH) on Wednesday (24). O land is part of the famous game Axie Infinity and is part of the “Genesis” category, considered the rarest among the game’s terrains.

As a result, the value of the “piece” of land reached a million dollar price. According to ETH’s quote on Wednesday, the value corresponded to a trifle of US$ 2.5 million. The value corresponds to 13.9 billion at the current price, making Genesis Plot the land sold for the highest value within the Metaverse.

The historic transaction was carried out on the Axie Infinity sales platform. The land seller goes by the pseudonym “ArcaChemist”, while the buyer has the nickname “WAGMI Axie”. This was the 18th land acquired by this user.

Although it is known for its battles between monsters – popularly called “pufferfish fights” – Axie Infinity has a highly diversified Metaverse. This place, called Lunacia, is divided into five categories and has about 90,000 virtual land lots.

The Genesis category is considered the most sparse in the game, with only 220 lands available for sale. Lands are named after their class and location on the Lunacia map. The new record holder, for example, is called “Genesis -20, -30”. 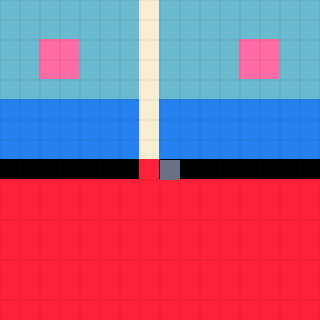 Millionaires with a virtual land

The rise of interest in the Metaverse causes price records to rise practically every day. For example, land was sold for a record $2.4 million in Decentraland. But just 24 hours later, this record had already been broken.

Some people call the NFTs and virtual land craze the new “financial pyramid”. After all, what is the point of paying millions for land that exists only in the virtual world. However, a spokesperson for Axie Infinity said the land has entertainment value, social value and economic value in the form of future resource flows.

In fact, some economic theories even explain the price records in this market. According to the Austrian School of Economics, value is something subjective, which differs for each person involved in a transaction.

In this sense, while some see the NFTs and the Metaverse as “little games”, others actually manage to extract value in this universe.

In February, nine pieces of land at Axie Infinity sold for over 888 ETH, about $1.5 million at the price at the time. Today, this value corresponds to more than US$ 4 million, which reflects the exponential growth of this market.