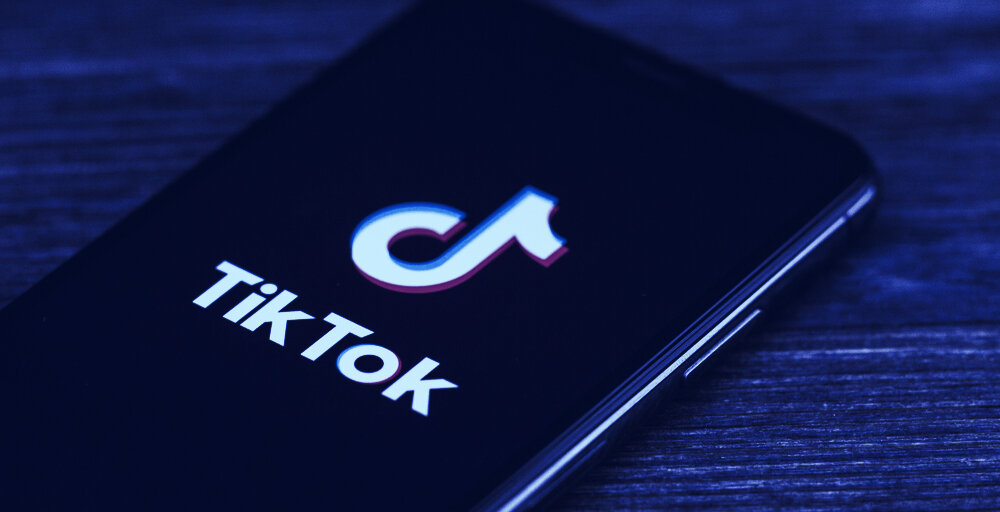 Branded content is clearly indicated on the short videos users upload to the app, often with the hashtag #ad and a link to the promoted product, like a sign-up link.

TikTok was a driving force behind the rise of several meme cryptocurrencies, including Dogecoin and Shiba Inu, because the social media platform’s algorithms prioritize engaging and playful content that resonates with young investors.

The Rise of BTC Influencers: Evangelizing and Moving Markets

But TikTok’s ban only extends to branded content where there’s a direct commercial relationship. So there’s no ban on pumping cryptocurrencies for free, even though it could benefit those shilling the coin.

That is a big deal. Dogecoin, the most popular meme coin, has often spiked thanks to TikTok campaigns to pump the coin to reach $1. Such campaigns can continue without a hitch.

As can a variety of dubious viral investment videos. In early May, Adyn Schachtel, a self-described analyst with 224,000 followers, predicted that Dogecoin’s price will hit $3,000 “in less than a few months.” It has not surpassed even $0.74.

This analyst predicts Dogecoin will equal ETH in price in less than a few months! h/t @CryptoWendyO pic.twitter.com/AaXHAyDJKP

Even obscure financial soothsayers can continue to spread their analysis: crypto astrologer Maren Altman uses horoscopes to predict the price of BTC for her 1 million followers.

In her latest video about BTC, uploaded today, she said, “Jupiter re-entering aquarius end of month has me (obviously) more bullish tong-term.”

Her insane popularity landed her a branded content opportunity last month with Solana. “Fees are so low, I can afford to live in Manhattan,” she said in a video, which she deleted following a backlash.

Disclosed advertising for high market cap projects is basically as legitimate as you can go as an influencer/marketer.

Would have that any day over the “not financial advice but please check out this low cap gem just launched on TwatStarter it puts hot cross buns on the EVM”.

But Jane Hume, Australia’s Financial Services Minister, said in May that it’s obvious that TikTok influencers “spruiking Nokia” are no more credible than “the bloke down the pub.”

“At some point we have to let people make their own decisions; it’s about personal responsibility and common sense,” she said.

To navigate Crypto TikTok, then, one must be wary of self-motivated and disingenuous crypto shills.